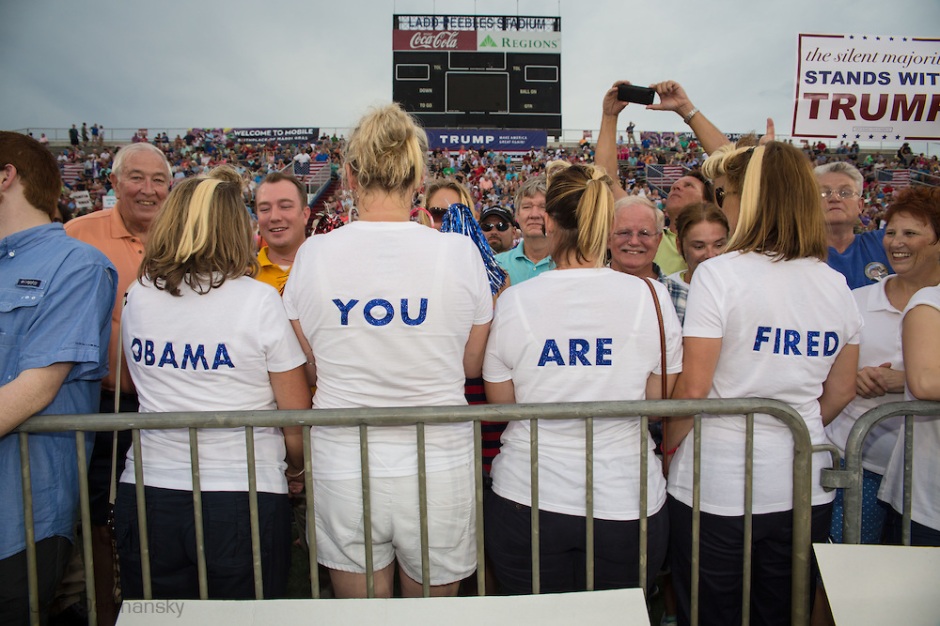 That would be Roman Catholic support for Trump. Korey Maas explains:

In heavily evangelical South Carolina, where a third of evangelicals voted for Trump, Monmouth had 42 percent of Catholics doing the same. Beaufort County, the only majority-Catholic county in the state, went to Trump with 30 percent of the Republican vote. Exit polls from much more Catholic Massachusetts placed Trump’s support from Catholics at an incredible 53 percent, four points higher than his support among evangelicals there.

Nor are state polls the only means by which to measure support for Trump. The comparative data national opinion polls have generated is equally revealing. Calculating the net favorability of candidates (by subtracting “very unfavorable” proportions from “very favorable”), the Barna Group finds Trump’s net favorability among evangelicals at -38. Not only was it twice as high among Catholics, at only -19, but Catholics viewed Trump more favorably than did any other religious category Barna denominated. When the same poll specifically asked respondents to choose a preferred candidate, evangelicals named Ted Cruz. Catholics? The unrepentant, pro-Planned Parenthood, adulterous strip club owner.

Trump’s favorability among Catholics is further confirmed by the Pew Research Center, which finds 54 percent of Catholic Republicans claiming he would, if elected, be a good or great president. Cruz (52 percent) and Rubio (51 percent) polled almost as well, but no candidate surpassed Trump. . . .

Still there’s more. Catholic support for Trump appears unhindered even after his recent and very public spat with the pope. Trump described as “disgraceful” Pope Francis’ assertion that “this man is not a Christian if he has said things like that.” The “things” in question were Trump’s proposed immigration policies, not least the building of a wall along the border with Mexico. Yet Monmouth pollster Patrick Murray notes that, contrary to the pope himself, a “whopping 76 percent of Catholic Republicans said they favored building a wall across the Mexican border and 61 percent specifically said they approved of Trump’s immigration plan.”

Partly prompting the bewilderment about evangelicals backing Trump has been the fact that prominent evangelical leaders—from Al Mohler and Russell Moore to James Dobson and Max Lucado—have publicly criticized him. None, though, is to evangelicalism what the pope is to Catholicism. For Catholic voters to defy the Democratic Party machine is remarkable enough; but to defy both party and pope? For Trump? For the unrepentant, pro-Planned Parenthood, adulterous strip club owner?

So much certainty, so much unity, so much authority, so little wisdom.

22 thoughts on “Even More Baffling than Evangelical Support for Trump”