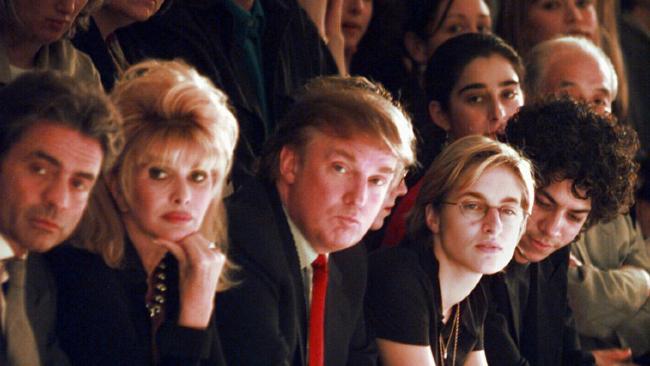 One of the advantages of falling behind on reading is that the distance of several months adds the perspective of Monday morning’s quarterback to what at least in a magazine looked relatively reliable. For instance, while reading the October 2015 issue of First Things yesterday, I saw a review of Robert Putnam’s Our Kids: The American Dream in Crisis (Simon & Schuster) which sounded not nearly so smart now that we’ve had seven months of Donald Trump:

Well-designed policies supposedly can make up for the family’s collapse and set young people on the right course. Putnam recommends beefed-up tax credits, monetary transfers, benefits programs, better-trained and better-paid teachers, vocational education and apprenticeships, community college aid, widely available preschools, and free after-school sports programs. These lavishly funded initiatives will enable teachers and bureaucrats to substitute for parents from birth to adulthood, returning us to a previous idyll of mobility and equality. There is nothing really new here, and Putnam’s exposition seems half-hearted, as if he doesn’t really believe this laundry list will do the trick, even with renewed effort and much more money.

There’s also a call for a massive mentoring program for lower-class children, with the well-educated acting as surrogate parents and advisors on a wide scale. The goal is to socialize poor children to upper-class norms, thereby equipping them to attend and get through college. ­Putnam’s mentoring idea is a ­variant of the pet elite project of college-for-all, which looks to education as the force of salvation and rescues working-­class children by transforming them into upper-class kids.

This pie-in-the-sky dream reflects the deep logic of our post-1960s world, which offers the good life to the knowledge class, but lacks any approved or positive vision for others. On this view, careerism, “creativity,” ­consumerism, lifestyle cultivation, expressive ­individualism, and sexual adventure are fulfilling and prestigious, while civility, duty, ordinary work, and ­fealty to conventional social roles are exploitative and oppressive. ­Given this outlook, college for all makes perfect sense and anything else looks unjust.

In fact, the project is unrealistic and thus ultimately pernicious. Not everyone is able to join the knowledge elite, nor does everyone want to. Our society will always need basic low-skilled labor, from serving meals to caring for dependents to cleaning toilets. The working class cannot be phased out or made to disappear. Economic improvement for workers is an important goal, although difficult to achieve. But it cannot be enough. What is needed is a viable and vibrant culture that maintains the meaning of working-class life and recognizes its dignity. On this, ­Putnam has virtually nothing to say and little to offer.

Except that now, as opposed to last summer when this review was likely written, it turns out that Donald Trump is the one responding to the division between American elites and workers in an electorally successful way. Instead of a culture what the disenfranchised want is a reality show candidate. Did the Trump campaign actually read Putnam?

In that same issue, Russell Moore wrote a spokesmanish piece that put its foot squarely down on the conviction that evangelicals would not be cowed by same-sex marriage:

…the Evangelical cave-in on sexual ethics is just not going to happen. There is no evidence for it, and no push among Evangelicals to start it. In order to understand this, one has to know two things about Evangelicals. One, Evangelical Protestants are “catholic” in their connection to the broader, global Body of Christ and to two millennia of creedal teaching; and two, Evangelicals are defined by distinctive markers of doctrine and practice. The factors that make Evangelicals the same as all other Christians, as well as the distinctive doctrines and practices that set us apart, both work against an Evangelical accommodation to the sexual revolution.

And then came Donald Trump who apparently has shown that evangelicals (at least some of them), are far more interested in economic than social issues, thus making attractive a candidate who will if elected likely not do a thing to oppose same sex marriage. Could it be that evangelical spokesmen don’t really speak for evangelicals, that evangelical is too crude a religious identity to be useful for social analysis, that evangelicals are not all their cracked up to be (as in conservative)? Michelle Boorstein thinks so:

The divisions have led to a range of viewpoints about what is happening in American evangelicalism and whether the splits will endure after the fall election. Some, like Galli, see a new breakdown based on attitudes towards race and ethnicity. Others see an intensifying split between those who prioritize personal morality and those who emphasize free markets and capitalism as a route to power and freedom. Some frame the split as Christian pragmatists vs. Christian idealists.

“There was in the past a very large camp of evangelicals who were primarily interested in electing the most Christian kind of candidate. And then over time bigger doses of pragmatism set in,” said DeMoss, who was a top advisor to Mitt Romney’s two campaigns. “Evangelicals got splintered between the religious litmus test folks and the pragmatists.”

The Trump phenomenon has some leading evangelicals looking more closely at their label. Russell Moore, a Southern Baptist leader, wrote last month that he is so disgusted with being lumped in with Trump supporters that “at least until this crazy campaign year is over, I choose just to say that I’m a gospel Christian” instead of an evangelical.

Some pollsters say “evangelicals” have been way over-counted – or seen as a huge block — because the definition is so hazy. As a result, they say, practicing Christians who reflect traditional evangelical beliefs like the necessity of a born-again experience and a requirement to evangelize are being lumped in with people who are more nominally connected to Christian practice.

Perhaps the most lasting lesson of Donald Trump’s appeal to evangelicals is that no one has transformationalized the religious landscape the way the leading Republican presidential candidate has. If the comprehensive Christian crowd really wants to transform society — from neo-Calvinists and Kellerites to Roman Catholics and those nostalgic for Christendom — they may want to take a page from Donald Trump.