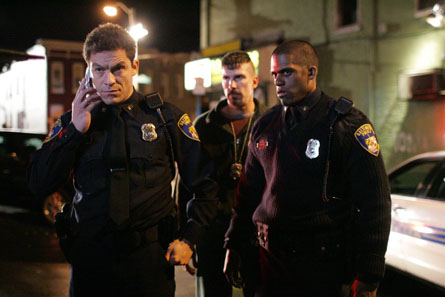 It helps me keep straight the difference between the city of God and the city of man, at a time when so many Christians want Christianity to define “ALL of me.”

Mark Oppenheimer thinks it possible to distinguish Christian as a noun and adjective:

And Jews and Christians alike have internalized these different connotations. Most Jews, if asked about their religion, say not, “I’m a Jew” but the softer, more acceptable, “I’m Jewish.” With Christians, the answer will vary depending on the kind of Christian you’re talking to. Liberal Protestants may say, “I’m Christian,” using the adjective, but many evangelicals, born-again Christians, and other passionate believers will say, “I’m a Christian.” It sounds a little jarring to more secular or liberal types, but not in a bad way. It just sounds hard-core, like the person is planting a flag and standing by it.

For Christians, the difference between “Christian” the adjective and “Christian” the noun is one of both degree and kind. We are all described by many adjectives, but we select very few nouns to sum up who we are. The nouns require a bit more commitment. It’s the difference between “I’m liberal” and “I’m a liberal”—the man or woman willing to own the noun is more committed, for sure. The adjective is what you are like; the noun is who you are.

And what about James Bratt’s suggestion that politicized evangelicals should own the moniker, “Christianist“?

Whatever the label, believers have trouble (without the help of modern politics) sorting out their Christian and non-Christian aspects. Just consider the confusion in this response to yesterday’s bombings in Belgium:

I’ll leave it to people who know what they’re talking about to expound further on the radical nature of what Christ is demanding of us when he says this. Suffice it to say for now that it’s clear and direct and we don’t have any choice if we call ourselves Christians: we have to forgive our enemies.

And that includes the terrorists who killed 34 people in Brussels on Tuesday. We have to forgive them.

BUT…But…but it is also written, “thou shalt not kill.” And that means that we need to kill all the other terrorists who are still out there.

Why? Because justice and reason and the teaching of the Church. The Fifth Commandment (don’t kill) imparts on Christians a duty to protect and defend innocent human life. Sooooo…it is morally just to use lethal force to prevent the killing of innocent people. Self-defense, just war, etc. etc. etc.

First, I thought God through the ministry of the church forgives sins. It’s not up to me to forgive people who have not wronged me. Do I even have authority as an elder to forgive sins that are crimes against humanity? The Book of Church Order doesn’t say so.

So as a 2k Christian I don’t have to forgive or kill. I defer to those with higher pay grades, which includes — piety alert! — praying, “Thy kingdom come, Thy will be done.”

19 thoughts on “Why I Love the Modern State”