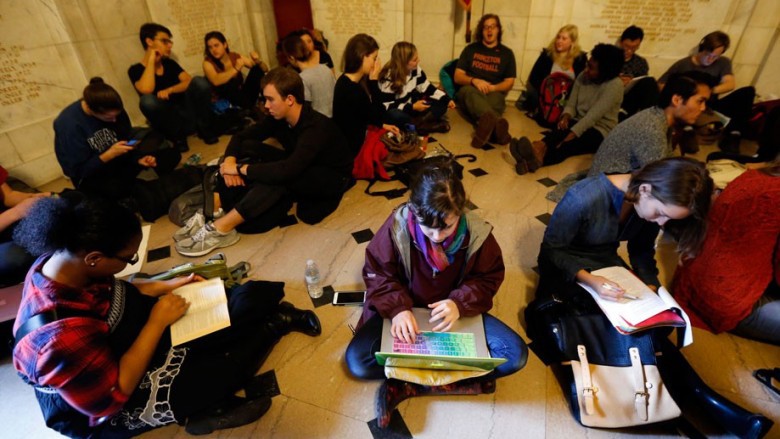 I was listening to Glenn Loury and John McWhorter yesterday on whether Donald Trump is racist. During the podcast, Glenn threw out the notion that something Trump said was third-degree racism, but not the full blown variety.

That got me thinking about why it is the case that when conservative Presbyterians talk about race, racism is an all or nothing proposition. Think back to Leon Brown’s post (discussed here) about racism in NAPARC communions after the shooting of Michael Brown:

This is why we need a movement of the Holy Spirit. Amid the horrific realities of Mike Browns all over the United States, and even the incidents that occur which are not broadcast (e.g., unjust acts taken against poor whites), we must demonstrate that the church is different. We are unlike the world, which can segregate, almost immediately, based on the color of one’s skin and other factors. Have you noticed that is what has occurred in the death of Mike Brown? Why do you think the pictures and quotations from Dr. Martin Luther King, Jr. have newly surfaced on the internet, largely from ethnic minorities? Why do you believe pictures from the 1950’s and 1960’s have been newly awakened? For many, history continues to repeat itself, and that angers African-Americans and other minorities. Perhaps we, specifically Christians, are also angry at the lack of representation in the ‘Christian’ blogosphere from others in the majority culture. Robin Williams is okay, but apparently Mike Brown is not.

Without dodging or answering the question of whether blacks and whites should necessarily worship together (since historically black communions are such a part of the African-American experience), is it possible to distinguish what transpires among the Ferguson, Missouri police force from what happens on a Sunday morning in your average PCA congregation in the middle of Tennessee? Is one perhaps first-degree racism and the other third-degree? If we can make distinctions when it comes to the loss of human life, can’t we distinguish among the levels of prejudice that humans manifest?

So here’s the proposal:

Banning students from attending a Reformed seminary on the basis of race is first-degree racism.

A search committee at a white congregation placing an application from an African-American licentiate is second-degree racism.

Church members choosing on their own to worship in congregations where the majority of members are the same race is third-degree racism.

Do any of the overtures before the PCA reflect such differences? I’m merely asking.