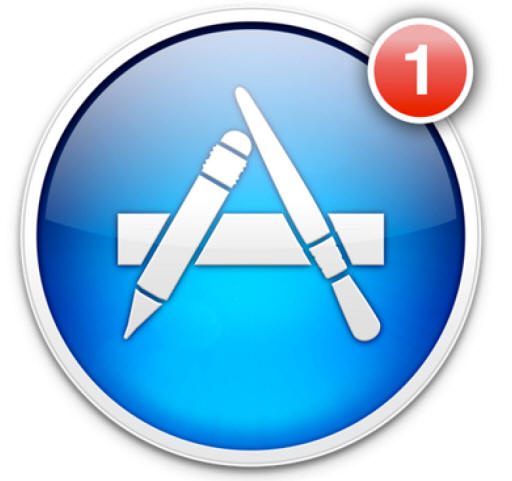 Ross Douthat finds the progressive fundamentalist inner-self of conservative Roman Catholics (is this what Bryan and the Jasons signed up for?):

Let’s make a partial list of the changes that most conservative Catholics have accepted — sometimes grudgingly, sometimes enthusiastically — in their church since the 1960s. A transformation in the church’s attitude toward liberal democracy and religious freedom. A transformation in the church’s attitude toward other Christian churches and non-Christian religions. A total renovation of the church’s liturgy, one with inevitable implications for sacramental life, theology, biblical interpretation, the works, that was staggering in hindsight but accepted at the time by everyone except a tiny minority. A revolution in sacred architecture, albeit one that stalled out once it became apparent that it was, you know, kind of terrible. Massive shifts in church rhetoric around issues of personal morality (sexual morality very much included) even where the formal teaching remained intact. Stark changes in the way the church talks about sin, hell and damnation, and openings (again, including among conservative Catholics) to theological perspectives once considered flatly heterodox. Clear changes, slow-moving or swift, in the Vatican’s public stance on hot-button issues like the death penalty and torture (and perhaps soon just war theory as well). The purging or diminution of a host of Catholic distinctives, from meatless Fridays to communion on the tongue to the ban on cremation to … well, like I said, it’s a partial list, so I’ll stop there.

So whatever the conservative religious psychology, however strong the conservative craving for certainty and stability, nobody looking at the changes wrought in the church over the last fifty years could possibly describe conservative Catholicism as actually committed, in any kind of rigorous or non-negotiable sense, to defending a changeless, timeless church against serious alteration. (Indeed, this is a point that traditionalist Catholics make about the mainstream Catholic right at every opportunity!)

Rather, conservative Catholicism has been on a kind of quest, ever since the crisis atmosphere of the 1960s and 1970s, to define certain essentials of the faith in a time of sweeping flux and change, while effectively conceding (to borrow Linker’s architectural image) that reformers can rearrange and remove the bricks of Catholicism so long as they don’t touch those crucial foundations. For a long time this conservative quest was lent a certain solidity and rigor and self-confidence by John Paul II and Benedict XVI. But the advent of Francis has made it clear that conservative Catholicism doesn’t have as clear a synthesis as conservatives wanted to believe, and that in some ways the conservative view of the post-Vatican II church is a theory in crisis — or the very least that it lacks a clear-enough account of itself, and of what can and cannot change in its vision of Catholicism, to navigate an era in which the pope himself does not seem to be “on side.”

The parallel here between Douthat and Carl Henry & Co. is striking. Try to preserve conservative Protestantism by identifying essentials like the National Association of Evangelicals list of doctrinal non-negotiables. The point about how to interpret history is also apt. Neo-evangelicals had to find a narrative that placed them in the mainstream of American Protestantism without offending Arminians, Calvinists, or Pentecostals. The way to do that was to read sixteenth-century Protestantism (Reformation) into the First and Second Pretty Good Awakenings. Meanwhile, like conservative Roman Catholics, Douthat has to distance himself from the SSPXers just as Henry and Billy Graham disavowed fundamentalism as mean.

That sort of spiritual and theological retrieval may have its moments, but it is hardly — as the those inclined to overstatement like to put it — “robust.”

Douthat goes on to do a pretty good impersonation of what it felt like to be an evangelical in the PCUSA who also belonged to the NAE while General Assembly after General Assembly did not perform as badly as it might:

. . . if Pope Francis was blocked from going the full Kasper, he still produced a document that if read straightforwardly seems to introduce various kinds of ambiguity into the church’s official teaching on marriage, sin and the sacraments — providing papal cover for theological liberalism, in effect, without actually endorsing the liberal position. It’s not the first time this has happened; as Joseph Shaw notes, it’s very easy to find “examples of Popes and other organs of the Church issuing documents which seemed, if not actually motivated by a rejection of traditional teaching, then are at least motivated by a desire not to be in conflict with those who reject it.” But it’s the first time it’s happened recently on a controversy of this gravity, on an issue where conservative Catholics have tried to draw a clear line and invested so much capital … and I think it’s fair to say that they (that we) don’t know exactly how to respond.

Do conservatives simply declare victory, because the worst didn’t happen, the full theological crisis didn’t come, and it’s important to maintain a basic deference to papal authority (itself a big part of the JPII-era conservative synthesis) so long as no doctrinal line is explicitly crossed? Do they acknowledge the document’s deliberate ambiguities, as my own treatment did, when doing so might give aid and comfort to liberals who are eager to make the most of any perceived shift? Do they deny that any real ambiguity exists, not out of pure deference to Francis but because given conservative premises this document should be read in the context of prior documents, not as a stand-alone, and if you read it that way there’s no issue, no rupture, everything’s fine? Do they stress the technicalities of what counts as magisterial teaching to make the document’s seeming ambiguity less important or less binding? Do they attack the document (and the pope) head-on, on the theory that conservative Catholicism’s essential problem is its vulnerability to constant end-arounds, constant winking “pastoral” moves, and that these need more forthright opposition?

Conservatives have tried all of these strategies and more. Some sincerely believe that the letter of the document is a defeat for liberals and that anxious Catholic pundits are overstating the problems with its spirit. Some think the problems with its spirit are real but also think the church will be better off if conservatives simply claim the document as their own and advance the most orthodox reading of its contents. Some think the best course is to downplay the document’s significance entirely and wait for a different pope to clarify its ambiguities. Some (mostly journalists, as opposed to priests or theologians) think it’s important to acknowledge that this pope has significantly strengthened liberal Catholicism’s hand, and to describe that reality accurately and answer his arguments head-on where they seem to cut against the essentials of the faith. Some think that this document, indeed this entire pontificate, has vindicated a traditionalist critique of post-conciliar Catholicism, and that the time has come for a complete rethinking of past concessions and compromises, past deference to Rome. Some are ambivalent, uncertain, conflicted, unsure of what comes next. Some have shifted between these various perspectives as the debate has proceeded. (And this long list excludes the many moderately-conservative Catholics who didn’t see a grave problem with the Kasper proposal to begin with, or who have simply drifted in a more liberal direction under this pontificate.)

Consequently, while conservative Roman Catholics discern the best defense of Pope Francis, the claims of papal audacity by Bryan and the Jasons look all the more dubious. If the interpret in chief nurtures uncertainty, what’s the point of abandoning Protestant diversity?

I do not have an answer, alas, to all of this uncertainty. But I do think it’s important to acknowledge its existence, rather than taking a kind of comfort, as some conservative Catholics do, in being accused of Total Inflexibility in Defense of Absolute Truth by writers like Damon Linker. For good or ill (or for good in some cases, and ill in others), that has rarely been an accurate description of the conservative position in the modern church, and it clearly isn’t accurate at the moment. Conservative Catholicism isn’t standing athwart church history yelling stop; since (at least) the 1960s it’s always occupied somewhat more unstable terrain, and under Francis it’s increasingly a movement adrift, tugged at by traditionalism and liberalism alike, and well short of the synthesis that would integrate fifty years of rapid change into a coherent picture of how the church can remain the church, what fidelity and integrity require.

You mean the instability of post-Vatican II Roman Catholicism was the church Christ founded? Note to apologists: update your defense as much as your bishops updated your communion.

10 thoughts on “How Far Will Conservatives Bend?”