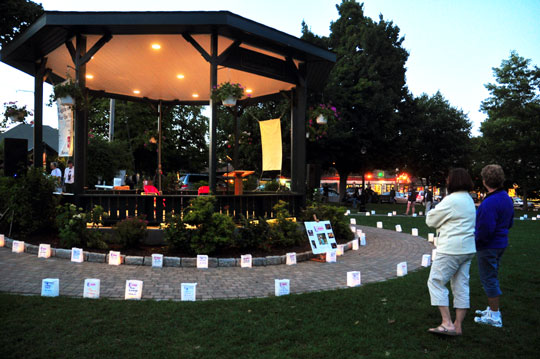 The insightful Bruce Froehnen offers a standard brief against neutrality:

The lie of a neutral public square, in which we can debate important issues on the basis of “public reason,” is at its heart an anti-religious lie. It rests on the notion that we can set aside our faith and discuss important issues on the basis of reason alone. But faith and reason are not distinct categories of thought and action. Faith and reason are intimately bound up with one another and with a more generalized approach to the world—the imagination. Historically, the vast majority of people have seen the world as intrinsically moral, that is as made up of structures and choices that have intrinsic moral importance. Ethics is central to life, on this view, and is bound up with our general approach to both daily and life-changing issues such as whom to marry and what to demand of government, community, local association, family, neighbor, and self. This conception of life is intrinsically religious, for it rests on recognition of a natural order to our being that makes sense, has moral importance, and calls us to virtue, despite our own failings and limitations. It is a vision that has been under attack for more than two centuries, however, as a seemingly secular vision rooted in human emotions and impulses has sought dominance. This latter view, often termed the “idyllic” imagination and ascribed to Rousseau, sees the intrinsic goals of life as bound up with self-expression and self-actualization. It blames the injustices of life on social structures deemed oppressive or unjust and sees duty as something to be imposed on other people and especially on institutions.

But where would Froehnen put Calvinists who have a distinctly different estimate of humans’ moral potential? Is it possible for Protestants who affirm the following to have a place in Froehnen’s dressed public square:

Q. 27. What misery did the fall bring upon mankind?
A. The fall brought upon mankind the loss of communion with God, his displeasure and curse; so as we are by nature children of wrath, bond slaves to Satan, and justly liable to all punishments in this world, and that which is to come.

Such an understanding of human nature post-fall certainly qualifies Froehnen’s sense that ethics are “central to life” or that we all share an understanding of existence that “calls us to virtue.” If neutrality is deceptive, so too is an ethical public square if it leads people to think they can be good “naturally,” apart from grace. And if Froehnen wants to claim that goodness only proceeds from grace, then what does he do in the public square he envisions with people who don’t have grace? Do they need to leave? Or does he expand his understanding of grace — as so many western Christians have done while holding the keys of the establishment — to include everyone as a recipient in some sense of grace? (Say hello to Pope Francis praying with Hindus and Buddhists.)

So maybe a “neutral” public square is not so bad after all. It doesn’t mean having to cut and paste Christian orthodoxy in order to include non-Christians in a common ethical endeavor. Let the civil realm be the civil realm, and the church the church.

3 thoughts on “Is Neutrality Anti-Religious?”