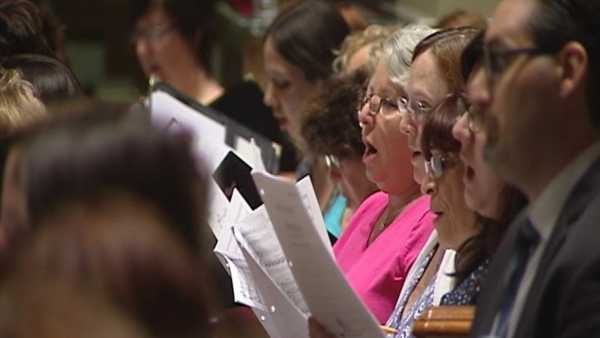 I am generally sheepish about singing Charles Wesley and Isaac Watts since both hymn writers knocked the Psalter off its congregational song pedestal and the former, Wesley, is a — well — Wesleyan. But on Sunday, when we sang, “Arise, My Soul, Arise,” the cold heart in this vinegary Calvinist warmed:

After attending a marriage service at a Roman Catholic parish this winter, I was surprised to learn that Christians in fellowship with the Bishop of Rome have Wesley and Watts available to them. But I can’t imagine any Roman Catholic who thinks he or she will wind up in purgatory singing “Arise, My Soul, Arise.” I know for some of the readers here, the sense of guilt and fear of condemnation that gripped Luther is not the sort of angst that full confidence in the magisterium, or papal supremacy, or 2,000 years of uncontested (really?) history yields. At the same time, sentiments like Wesley’s were the target for Trent’s condemnations of Protestant teaching on assurance.

So for those Christians who put so much confidence in the papacy, what kind of hymns would they sing? How about the Pontifical Anthem?

Pontiff, you are the unshakable rock, and on this rock
was built the Church of God.
Pontiff, You are the vicar of Christ on earth,
a rock amidst the waves, You are a beacon in the darkness;
You are the defender of peace, You are the guardian of unity,
watchful defender of liberty; in You is the authority.
O happy Rome – O noble Rome.

Or, how about “Long Live the Pope His Praises Sound“:

I’ll stick with the Wesleyan.