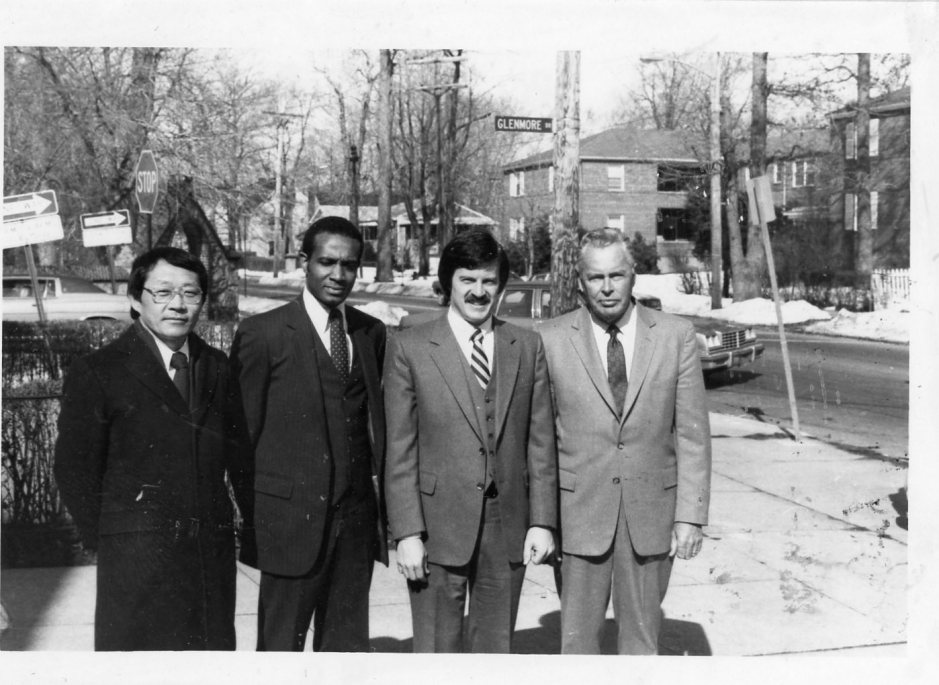 First, the trauma of 1937 was not the death of J. Gresham Machen:

I sat on that day in June in the New Century Club in Philadelphia with a group of people known as the Presbyterian Constitutional Covenant Union. There the constituting act for the Presbyterian Church of America was adopted. There stepped to the platform the young professor of philosophy from the University of Pennsylvania, Gordon H. Clark, and in “Clarkian” style he took from his pocket two 8 1/2 x 11 pages and delivered a terse but brilliant nominating speech which made J. Gresham Machen moderator of the First General Assembly of the Presbyterian Church of America.

It was like standing upon a tower. There was a great vista before us. I felt as though I was a part of church history and in my bones were some of the great convictions of the Reformers and of the early Christians. But within one year I was to know something of the disillusionment and the discouragement that causes the Psalmist to cry out in the first three verses of Psalm 60. This initial group split and each side tagged the other with labels which it has taken about 25 years to wash off.

Second, Dutch-American Calvinists did not own w-w rhetoric:

I believe we are still in the warfare and we still have the same banner. The banner raised in the cause of truth was raised for the turth against compromise inecclesiastical matters. We were standing for the purity of the visible church. We felt that the organized church had been instituted by our Lord Jesus Christ and it was not simply an association of convenience, or an organization that one joined because he wanted to get ahead, or even merely to give one the opportunity of preaching the gospel.

Also the banner of truth was raised against compromise culturally. We believed that Christianity was not only a fire escape from hell, so to speak, but it was a life-and-world view. We still believe this. We held this against the encroaching secularism of the day, against the deadening formalism of the church, and against the contaminating worldliness with which the church had become tainted.

Third, the OPC needed to join the RPCES to add forces to the culture war:

“There is a great need on the American scene for a sturdy, conservative Presbyterian denomination. The union of the EPC and the RPC is an important step in achieving this. If next the OPC can be brought to join forces, a truly impressive denomination would resutl. Numerically they would form a pretty good network of churches across the country. Separatist movements usually carry in themselves the seeds of further division as shown again in the days of 1936. The new denomination has learned these lessons it may be hoped.

“If the OPC should come along, too, there would be adequate number of experienced men with balanced judgment to keep the denomination on a sound course, one to encourage steady growth by local progress in attracting to the new church our Presbyterian groups seeking a happy spiritual home.

“To assist” (and I think this is a very important paragraph) “this last suggested development to occur the new denomination should follow a statesman-like policy toward the USA and the Southern church. They might well feel that their role in the south should be to testify without derogating. Criticisms that have to be made in faithfulness to Scripture could be offered in an evident spirit of loving concern, in sorrow not condemnation. It might be indicated that the line of separation that sometimes has to be drawn is often very difficult to decide upon, one man’s conscience not having received the same education as another’s, and Biblical interpretation on the issue of separation not standing out sharply and obviously clearly.”

The OPC is still on the outside looking in. Will the PCA show the same respect for conscience among “southerners” as Gray mentioned?

One thought on “If Only the Orthodox Presbyterian Church Would Join”