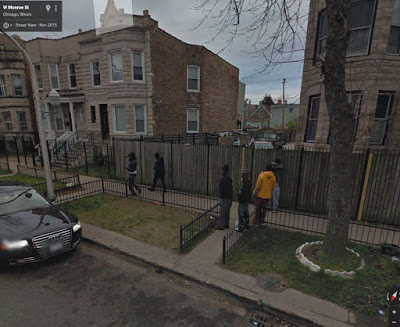 Glenn Loury had Peter Moskos on this week to talk about police shootings. Moskos is an unlikely person in the United States — a Harvard grad who worked on the Baltimore police force and now teaches sociology at the John Jay College of Criminal Justice.

What is particularly valuable about Moskos’ perspective is that he knows the beats that cops work. That doesn’t excuse bad policing. It does mean he knows more about the context of police work than the ACLU or Black Lives Matter. Consider, for instance, his defense of enforcing the law against Chicago youth in a rough part of town:

But the ACLU is wrong. Dead wrong. Look, if you want to argue that these young men shouldn’t be stopped at all, fine. You agree with the ACLU (and don’t live on that block or hear the gunshots). And the ACLU is right in criticizing police who stop people for the sake of making a stop.

As a cop you don’t (or shouldn’t) harass everybody walking down the block. You harass these guys on this block. And by “harass” I mean, within the law and constitution, make it little less fun for them to hang out in public and sell drugs. Yes, you as a cop give these guys a hard time. Is that fair? Yes. Because there have been six shootings on this block this year. Is it racist? No. Because these guys are the problem.

If you’re a cop, you need to ask a bunch of questions 1) how do you do knowing these guy are slinging and shooting? 2) Should you stop these guys? 3) Are they committing a crime? 4) Are they a Broken Window? 5) What legal basis do you have to stop and frisk those guys?

[The answers are 1) get out of your damn car and talk to them, or at watch them disperse at your presence, 2) yes, 3) no, and 4) yes. 5) very little at first, but you can build it, ask for a consent search, or conduct a Terry Frisk.]

You pull up to them. See what they do. You can crack down on this group by enforcing Broken Windows quality-of-life crimes. You get to know who they are. You can use your discretion and ticket them for something — drinking, smoking joints, jaywalking, littering, truancy, spitting — whatever it takes. You can arrest them when they can’t provide ID (they can’t, trust me). You can harass these criminals legally and within the bounds of the constitution. This is what police are supposed to do. It’s how homicides are prevented. It’s how some kids stay out of gangs. But if cops do their job, then we, society, need to support police officers against inevitable accusations of harassment, racism, and even discourteous behavior in their confrontations with these criminals.

As a cop you will not win the war drugs, but as long as drugs are illegal you need to fight the fight against pubic drug dealing. But we’re telling cops not to do this. In Chicago cops are listening. And so are the criminals.

So maybe America isn’t so great (for reasons other than Michelle Higgins gives).

7 thoughts on “Cop In the Hood”