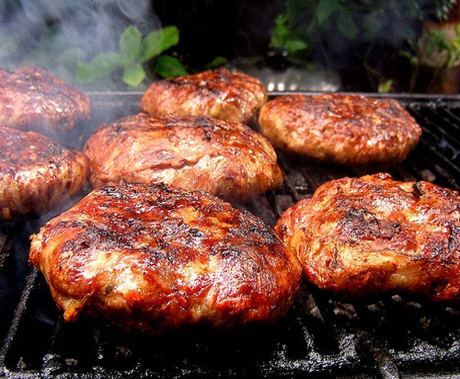 That’s one question that I pondered after reading David Gushee’s simplistic brief for LBGT (via Alan Jacobs). Why Gushee felt he could leave off Q from LBGT suggests that he is himself opposed to full and equal treatment for Queers. But that’s not the point.

Gushee is an ethicist so political philosophy may not be his strong suit. It’s not mine. But when he celebrates prohibitions against discrimination you begin to wonder if he has thought through a society where government is reluctant to throw its authority around, where civil society functions as a buffer between citizens and government, and what federalism might mean. In other words, Gushee seems to have in view a society unlike the United States — where many divisive matters become either-or, winner take all policies. We used to call that Communist Russia.

But most visible institutions of American life had abandoned discrimination against LGBT people before that. Today, these same groups are increasingly intolerant of any remaining discrimination, or even any effort to stay in a neutral middle ground. As with the fight against racial discrimination in the 1960s and 1970s, sexual-orientation and gender-identity discrimination is rapidly being rejected by society.

Institutions where full LGBT equality is mandatory now include any entity associated with the federal government, including the military and the civil service.

What I (mmmeeeEEE) don’t understand is why sexual orientation needs to be the basis for the identity of citizens. Why cannot a person claim their rights by virtue of being a person and let other attributes dangle (as Tom Regan put it).

The same goes for my identity as a Reformed Protestant. If I apply for a job at a university, a government contract, or a mortgage and identify myself exclusively as a Calvinist, I know there’s a good chance I’ll get turned down for at least two of those applications. In fact, one recent writer, a criminology professor no less, blamed America’s rates of incarceration and punitive criminal justice system on Calvinism. Imagine what Gushee would say if anyone blamed LBGTs for anything. To attribute blame is discrimination.

Which is also life. People discriminate all the time. Breaking Bad stinks compared to The Wire. Wilt Chamberlain was way better than Bill Russell. Harvard University is better than Liberty University.

What Gushee might do instead is be discriminating about discrimination. When is it appropriate? When isn’t it? He might even want to think about ways that all of us can resist foregrounding those parts of our identity that are the most objectionable to others. Some things we do have something wrong with them (and there is something wrong with that). So we make adjustments. Civility rarely comes with getting up in someone’s grill.

5 thoughts on “Full and Unequivocal Equality for Calvinists”