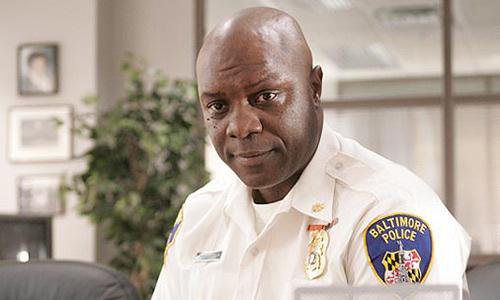 Peter Moskos was on a roll yesterday.

First, he brought up the problem that police fired by one city sometimes acquire jobs in another city. The Department of Justice used to have a database to track cops who lost their jobs, but that’s too expensive:

The Justice Department, which gave the association about $200,000 to start the database in 2009, no longer funds it. The department declined to explain why it had dropped its support, but a spokesman said the goal was “ensuring that our nation’s law enforcement agencies have the necessary resources to identify the best qualified candidates to protect and serve communities.”

Second, Moskos linked to a story about the growing rates of heroin addiction and overdoses. He added the insight that the criminal justice system will not fix this (nor should it try):

There’s still the basic and false belief among too many people that somehow, somewhere, there are “programs” to help people. Or that the criminal justice system is a system with so single goal in mind. Like police arrest you, you do time, and you come out better for it. It’s not true. And it never has been true. Sure, sometimes there’s a program here or a grant-funded thing there, but basically, no. There’s nothing. It doesn’t matter what the problem is — crime, drugs, mental illness, poverty (or all of the above) — when somebody calls 911, police will show up. But then what? A lot of people need help. But it’s not the kind of help police officers can give. Especially when police departments themselves need help.

Last, he recognized the growing interest in American hillbillies and pondered why murder rates among poor whites in Columbiana County, Ohio don’t reach the level of urban blacks in places like Baltimore. It’s not the economy, stupid, but the culture (and we’re not talking Shakespeare or Beethoven):

Baltimore City has more unemployment (7.4 percent vs. 5.3 percent). Yeah, sure. And there’s more poverty and extreme poverty in Baltimore. I’m not saying that doesn’t matter. But deep down, no. Poverty is a red herring. Culture matters. Columbiana County’s unemployment could be 20 percent and the murder rate would still be lower that Baltimore City.

There’s something else going on. The nexus of violence is not poverty and racism but public drug dealing and drug prohibition. I suspect addicts in Columbiana County buy their heroin from friends and family and coworkers. Not from Yo-Boys on the corner. Push drug dealers inside and violence plummets. But when police try and do that in Baltimore, the DOJ complains about systemic racism.

Turns out Bunny‘s problem wasn’t creating Hamsterdam but not moving drug dealers inside to the vacant houses.

5 thoughts on “Cop in the Hood Smoh-Kin”