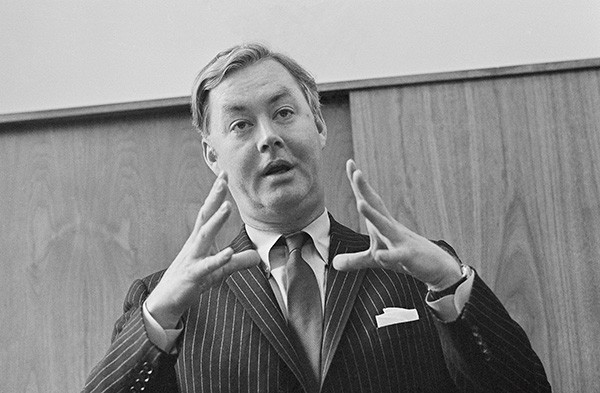 Michael Lind notices how odd intellectuals are and includes this observation:

The mere phrases “Aryan science” and “Jewish science” or “socialist scholarship” and “bourgeois scholarship” should send chills down the spine. Furthermore, many successful academics study, teach, and live in different countries in the course of their careers.

So why are Christians tone deaf to the consequences of modifying academic life with the adjective “Christian”? If Jewish science doesn’t make sense, will “Christian intellectual” make the medicine go down?

Alan Jacobs will not relent:

The notion that the intellectual resources of Christianity might be useful in reflecting on politics — or technology, or the arts, or engineering, or war, or climate change — and useful not only to Christians but to everyone — that’s a long-lost notion indeed. We generally assume that on any given issue of social import there might be a socialist take, or a feminist take, or a take rooted in the experience of a particular ethnic identity, that we’d benefit from hearing; but a Christian take? Not typically one of the options. There are no prominent Christian intellectuals addressing whatever happens to concern the body politic in a distinctively Christian way and for a general audience.

Jacobs assumes (along with comprensivalists like neo-Calvinists and anti-modern Roman Catholics) that Christianity has something distinct to say about modern society. The Bible is a pretty important piece of Christian reflection and its teachings about modern society seem to be minor. Jacobs also forgets that modernity is in part a reaction against Christians having too much to say for too long about politics, the arts, and war. All of a sudden moderns are supposed to forget 1100 years of western history?

The idea that Christians need to find a new way to find a seat at liberalism’s table is also anachronistic:

So it seems to me that Christians can either look for ways to get back to that table or accept their exile from it and make the best of the possibilities that exile affords. (Learning to be dissidents rather than intellectuals.) But the claim that Christians really are comfortably seated at liberalism’s table seems to be an unsustainable one.

The way to the table is the one that Jacobs and other academics have chosen — graduate school, advanced research, a Ph.D., and a teaching post. All along the way believing scholars need to negotiate the claims of science/academics and personal faith/divine revelation. To make it through to the Ph.D., land a job, and publish books with academic presses is to be prepared to sit at liberalism’s table. Gaining a seat requires a notable contribution.

I don’t think Jacobs means this, but he seems to imply that Christianity and intellectual life are so at odds that Christians really should not go to graduate school (which is why I have always thought that neo-Calvinism is theonomy lite). But the way to expertise, which is what generally counts for being an intellectual, is not through Christianity. The West tried that an moved on.