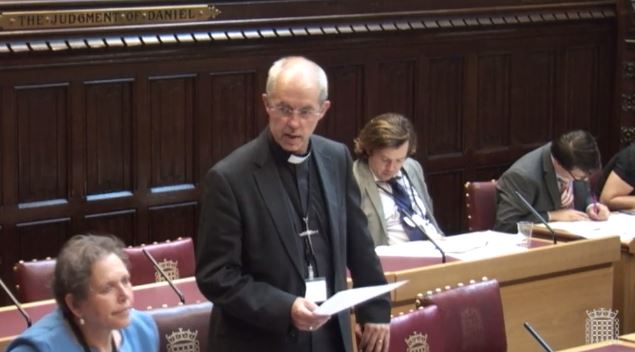 Here’s why the talk of systemic sin and social salvation comes up short. It underestimates the gravity of sin and the significance of the remedy. Consider R. York Moore’s case for corporate repentance:

Salvation for American Christians is a transaction between two individuals—themselves and God. This over-simplification of sin does not make sense of systemic, corporate evil, brokenness, and social maladies. American evangelicals reason that if someone is poor, perhaps it is due to his or her individual sinful choices. If someone is denied access to education, perhaps it is because of his or her work ethic or ability to work with others.

Notice that relations between God and man on the sin score card over simplify sin. Never mind that the remedy for my sin only required the eternal son of God to take human form and bear the guilt and penalty of my sin by dying a brutal death. Overly simple? I don’t think so.

Moore goes on to mention ways that healing and restoration “in Christ” may come for the social maladies and corporate injustices of “banking and land development policies [that locked blacks] into cycles of poverty, inadequate housing, and educational opportunities.”

Here are a couple ways to engage the environments, cycles, and systems of injustice that disproportionately impact Black communities.
• Land developers can work with political leaders to create affordable housing that has better potential for wealth creation.
• Policy makers in the banking industry can work toward pathways of empowerment for Black entrepreneurs.
• Law enforcement can pursue racialized quotas in their ranks coupled with substantive ethnic diversity training.

If I follow the implications of Moore’s logic, viewing sin from the perspective of sin and salvation is simplistic because corporate sin is so much more complicated. But the remedy for these structural sins that are so much graver than personal sins comes from a few policy changes that seem inconsequential when compared to the crucifixion.

This is why talk of social sin and social redemption is worrisome. It treats the saving work of Christ as insignificant compared to political reform.