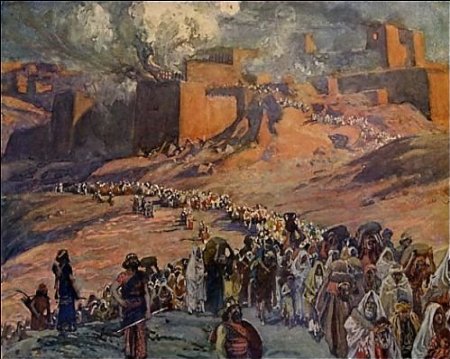 An apologist’s post caught my eye and led to an exchange that produced this assertion:

I did admit Rome’s problems, but I didn’t bother laying them out in detail because that wasn’t the point of the post. And as I pointed out in the post and have said over and over again in our exchange, they don’t really affect my conclusion one way or another. If my main argument were that Protestants don’t act like Christians and Catholics do, you would have a point. But I never said that and never would. Sure, Rome has a lot of ‘skeletons:’ the Catholic Church is the oldest and largest of the communions; it makes sense that there would be more crimes, sins, and failures in her past than in that of the others. What of it? A one-by-one comparison of the crimes of the different Christian churches, even if we agreed on what constituted a crime, would tell us nothing about which one among them had the best claim to being the church founded by Christ. Again, the evil done by the Church is accounted for by hypothesis: that of being a Divine commission entrusted to fallen humanity.

Imagine if Jeremiah had said that to the Israelites. Don’t worry about your sins, you go all the way back to Abraham:

“Thus says the LORD of hosts, the God of Israel: You have seen all the disaster that I brought upon Jerusalem and upon all the cities of Judah. Behold, this day they are a desolation, and no one dwells in them, because of the evil that they committed, provoking me to anger, in that they went to make offerings and serve other gods that they knew not, neither they, nor you, nor your fathers. Yet I persistently sent to you all my servants the prophets, saying, ‘Oh, do not do this abomination that I hate!’ But they did not listen or incline their ear, to turn from their evil and make no offerings to other gods. Therefore my wrath and my anger were poured out and kindled in the cities of Judah and in the streets of Jerusalem, and they became a waste and a desolation, as at this day. (Jeremiah 44:2-6 ESV)

Too old to fail? Where would anyone reading the whole Bible come up with that?

But if the church is so different from Israel in a supersessionist way, then the lessons of Israel don’t apply to the church. And by the way, don’t bother reading the epistle to the Hebrews.