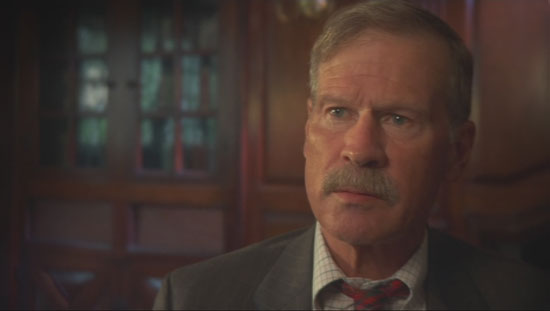 Walter McDougall reminds of the synergy between progressive theology and progressive politics:

Historians disagree on how to date and define the Progressive Era except to say it had everything to do with reform.[16] By the 1890s it was apparent that American institutions couldn’t cope with the modern problems thrown up by industrialization, urbanization, and immigration, including corporate trusts, labor strife, corruption, big city machines, public health, women’s rights, and more. To elites in the academy, government, business, and the clergy it seemed the modern solution to those modern problems was scientific management by credentialed experts. As one scholar put it, “The Progressives believed in a … national government directing the destinies of the nation at home and abroad. They had little but contempt for the strict construction of conservative judges, who would restrict the power of the national government to act against social evils and to extend the blessings of democracy to less favored lands. The real enemy was particularism, state rights, limited government.”[17]

Note the words “believed in,” “contempt,” “social evils,” and “real enemy.” We think of Progressivism as a secular movement inspired by the natural and social sciences of that era. Why then does a language of faith and good vs. evil come so easily to the historian of Progressivism and why does it go unnoticed by most readers? The short answer is that secularism is a myth or, to put it another way, if you don’t believe in sectarian religion you will believe in some species of civil religion.

For a hundred years after 1789 Americans were not conscious of a potential conflict between their mostly Protestant faith and their civil faith because the former encouraged republican virtue and the latter ensured free exercise of religion. But under the stress of the Civil War and the onslaught of modernism (Charles Darwin first published in 1859) the main-line Protestant churches surrendered their prophetic role to the civil religion, surrendered their faith in an inerrant Bible, and surrendered cultural authority to … the Progressives! That is why, in the words of my colleague Bruce Kuklick, “We should associate Progressivism most with the rise of a more relaxed Protestantism in higher education after the Civil War.” Ivy League universities, new ones like Chicago, Johns Hopkins, and Stanford, and land-grant universities devoted themselves to secular research on the German model, and the knowledge generated in science and engineering, sociology, political science, and economics easily persuaded politicians that cultural authority must pass from the clergy to the intelligentsia, who knew how to “manage God’s universe for the benefit of mankind.”[18]

Progressives meant to break up capitalist concentrations of power and wealth, purge federal, state, and municipal governments of corruption, and protect and empower the people. We know their accomplishments including trust-busting, the Pure Food and Drug Act, civil service reform, the income tax, direct election of senators, the Federal Reserve bank, women’s suffrage, and Prohibition. But these were also the heyday of Jim Crow laws. There was no contradiction in that because the science and social science of that era endorsed racial hierarchy, Social Darwinism, and “the propriety of American imperialism.”[19]

What has all that to do with “a more relaxed Protestantism”? The answer lies in the parallel Social Gospel movement whose preachers imagined their modern spirituality was the counterpart to modern science. “The law of progress is the same in both,” said Lyman Abbott, whose “applied Christianity” blessed philanthropic cooperation with Progressive government. The Social Gospel dismissed the Augustinian distinction between the City of Man and City of God.[20] It stressed collective reform over personal salvation. It made peace with evolution, put its faith in progress, and imagined good government could perfect society over time. In Walter Rauschenbusch’s exultation, “The social gospel registers the fact that for the first time in history the spirit of Christianity form a working partnership with real social and psychological science.”[21]

The origins of liberal theology are legion: the rationalism of the Enlightenment, the “Higher Criticism” of the Bible, Darwinian evolution, discoveries in geology and paleontology that seemed to debunk the Genesis account of Creation, psychological theory that seemed to debunk the concept of sin, and technological wonders that seemed to leave nothing beyond mankind’s reach. In the intellectual universe of liberal pastors Christ ceased to be a redemptive messiah and became a prophet of social uplift. Some post-millennialists even believed America was called to build a literal heaven on earth in preparation for the Second Coming and thousand-year reign of the saints.

The American Civil Religion implications of the Progressive Social Gospel were profound.[22] The cross got confused with the flag, which preachers like Josiah Strong and politicians like Beveridge made into a veritable fetish. “We cannot retreat from any soil where Providence has unfurled our banner … for liberty and civilization are God’s promises fulfilled, and the flag must henceforth be the symbol and sign to all mankind.”[23] William Guthrie, a University of Chicago professor, even preached a “religion of Old Glory” and “evolutional view of good and evil,” even prophesying the Stars and Stripes would become “the flag of a Federation of Nations” and “the Ideal of the Kingdom of Heaven on Earth.”[24]

In sum, the Social Gospel was the marriage bed wherein mainline Protestantism mated with the civil religion. Their offspring was a newly Progressive ACR that no longer preached virtue, prudence, humility, and self-reliance, and instead preached power, glory, pride, and paternalism at home and abroad.

Reading McDougall (and Machen) gives a new meaning to woke.

3 thoughts on “From What Machen Tried to Spare American Protestants”