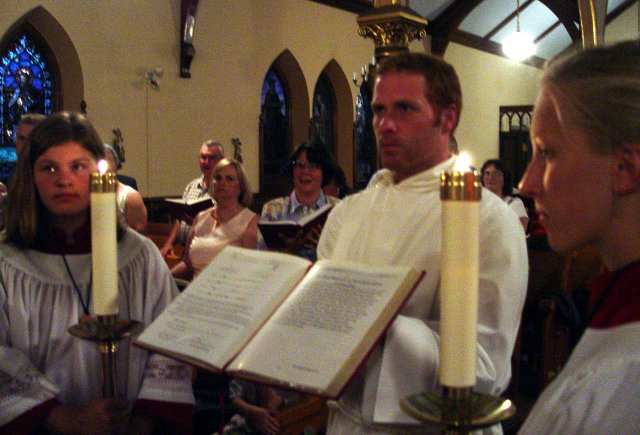 Alan Jacobs continues to defend himself from charges that his leniency on priests who grant membership to same-sex couples and baptize those couples’ children is a failure to adhere to Christ’s condemnation of false teachers. For some reason, he argues, Christ’s repudiation is irrelevant:

Anyway, my argument is simply this: The determination of who is and is not a Christian is above your pay grade, and expressly forbidden to you by Jesus.

Jacobs does not seem to be aware that determining how to read Jesus’ words may be way above his own pay grade (though he does get paid to read for his living — not Hebrew and Greek, mind you). How can you be so absolute in ruling out the relevance of Jesus’s or Paul’s or John’s condemnation of false teachers and of wayward Christians and then say that the bottom line is ” We must be patient, humble, gentle, not quarrelsome, encouraging and upbuilding — and must exhibit all those traits even when we believe people are wrong and are striving to correct them? It’s hard work, and I stink at it. But that’s what we’re all called to.”

If we are supposed to follow Christ and the apostles, who were examples in some way, aren’t we also called to condemn false teachers and wayward Christians. At least try to wrestle with the tension between the parable of the wheat and the tares (pro-patience) and Paul’s condemnation of the Judaizers (impatient).

And simply reading Dante for instruction on Hell and Purgatory isn’t going to do much for Protestants who think the Bible is above Dante’s pay grade (nor is Dante a doctor of the church exactly, speaking of pay grades):

In the Purgatorio Dante dramatizes the extended period of waiting that those who have been excommunicated must undergo before beginning their purgation, but they will eventually begin it because they are saved. Of course, excommunicated people can indeed be damned, but that’s neither the result nor the intention of excommunication in any church that I know of. To think that you can determine someone’s salvation or damnation by their inclusion in or exclusion from a given church community would be the very highest level of hubris.

Why did Jesus give Peter the keys of the kingdom, then? To be patient in locking the gates of heaven to unrepentant sinners?

I wonder too if Jacobs notices the restraints that come upon him as an Anglican. Can he really call everyone a Christian who professes Christ and who is not in fellowship with the Archbishop of Canterbury?

Why does all of this matter? It matters because when someone in my church, or within the Christian fold more generally, says or does things that I believe terribly wrong, or terribly mistaken, I have many options available to me but among them is not the declaration that “You are not a child of the kingdom, you are a child of the evil one.“ That is, if I am going to obey the teaching of this parable, I have to treat this person as a brother or sister, as one of my fellow children of the kingdom — and they have to do the same to me.

By that logic, worshiping at any Reformed Baptist or Free Methodist church should do. Why cut yourself off from ecclesiastical communion by becoming an Anglican? If “his” church matters, that mattering cuts off any number of Christians from fellowship.

Can we have a little respect for tradition, ordination, and hierarchy, please?

8 thoughts on “If Anglicans Read (more of) Jesus”