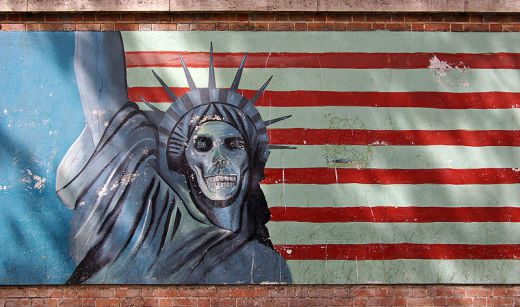 Mark Noll made me aware of Hugh McLeod’s definition of Christendom:

the laws purport to be based on Christian principles

apart from some clearly defined outsider communities, everyone is assumed to be a Christian

Christianity provides a common language, shared alike by the devout and the religiously lukewarm

A 2ker has to wonder where any reader of the New Testament supposes this is the blueprint for society. The Roman Empire was pagan. The apostles knew that and sought to make the gospel known to those whom God foreknew as his people. They also expected seemingly a quick return by their ascended Lord.

If you want that kind of society from the pages of Scripture, you go to the Old Testament. Say hello to theonomy. But Christ and the apostles failed to measure up to Christendom on all these grounds:

They had bad relations with pagan elites. That’s why they were executed — hello.

They had no instruction about laws being based on the gospel (or even “Christian principles”).

Shouldn’t have to be said, but they did not — get this — assume everyone was a Christian. Nero? Hello.

They had a firm sense of the antithesis. The difference between believers and the world pervades the New Testament.

One could reasonably conclude that Christendom is not Christian.

That makes secular America Christian. Christians have bad relations with secular elites. 2kers at least don’t expect laws to be based on Christian principles (whatever that is). No Christian (not sure about some progressive Roman Catholics) assumes every American is Christian (mainline Protestants are equally progressive but they draw the Christian line to keep Trump voters out of the kingdom). And most serious Christians in the United States go through life recognizing a gap between Christian and American cultural norms — shops are open on Sunday.

In other words, 2kers live more in line with the teaching and experience of Christ and the apostles. Christendom-inspired critics of 2k use as their norm Christian developments after Constantine, not those after Christ. Indeed, the novos ordo seclorum of 1789 was a return to the kind of society Christ and the apostles lived and breathed in. They did not know Constantinianism or Christendom which America rejected.

That also means critics of 2k are anti-American. For shame!!!

But there’s hope for Christendom. Even as Norway secularizes it still has a national church:

On Jan. 1, the Scandinavian country cut some ties with its Evangelical-Lutheran Church of Norway, rewording the national constitution to change the denomination from “the state’s public religion” to “Norway’s national church.”

The change means the nation of just over 5 million people – about 82 percent of them Evangelical-Lutherans – will still fund the church but will no longer appoint its clergy, who will still be considered civil servants. . . .

Secularism has been on the rise in Western Europe since the 1960s, with church attendance declining and strict laws on public displays of religion in nations such as France. But the past decade has seen the rise of anti-secular groups and politicians in England, Germany and France.

Meanwhile, some Norwegians feel the divorce is not sharp enough. Kristin Mile, the secretary-general of the Norwegian Humanist Association, told The Local No, an English-language Norwegian news site, that the change only muddies the relationship between church and state.

“As long as the constitution says that the Church of Norway is Norway’s national church, and that it should be supported by the state, we still have a state church,” she said.

Is that what piners for Christendom want?

30 thoughts on “Christendom or America”