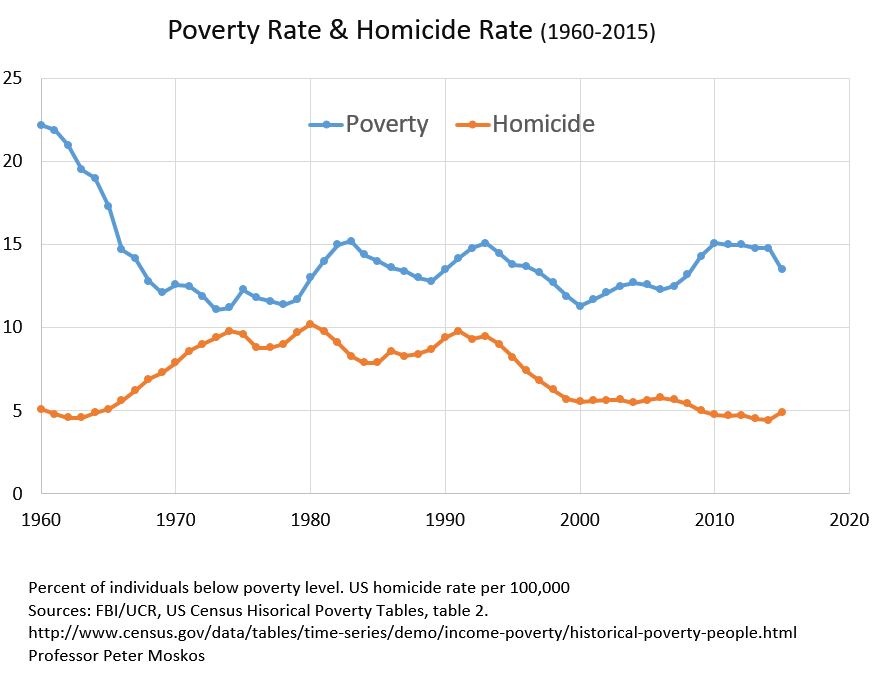 Cop in the Hood explains that crime statistics and poverty are inversely proportional and thus pops the social structure bubble:

When I’m charming people at a cocktail parties with talk of rising crime and the role of police, the good people I talk to, rather than even considering the possibility that police matter and post-Ferguson protests might matter (in a negative way), inevitably try and shift the discussion to greater social issues: poverty, racism, and inequality, the so called “root cause” of crime.

The “root causes” position has long annoyed me. I care about those poverty, racism, and inequality, but in terms of effective crime-preventing policing today, the “root causes” are nothing but a distraction. It’s basically a defeatist way to say we can’t lower crime until we fix society. I’m all for fixing society, but I’m not willing to hold my breath till it happens. Also, the idea that the only way to impact crime is to address structural issues is consistently and demonstrably false.

Last year poverty went down and murder went up. In 2008, the economy tanked, and criminals barely noticed. Between 1965 and 1975, poverty is the US was way down; violent crime way up. In the 1990s, during New York’s great crime decline, the number of New Yorkers living in poverty increased 21 percent. Inflation adjusted household and family income declined. Unemployment approached 10 percent.

Don’t let news get in the way of narrative.