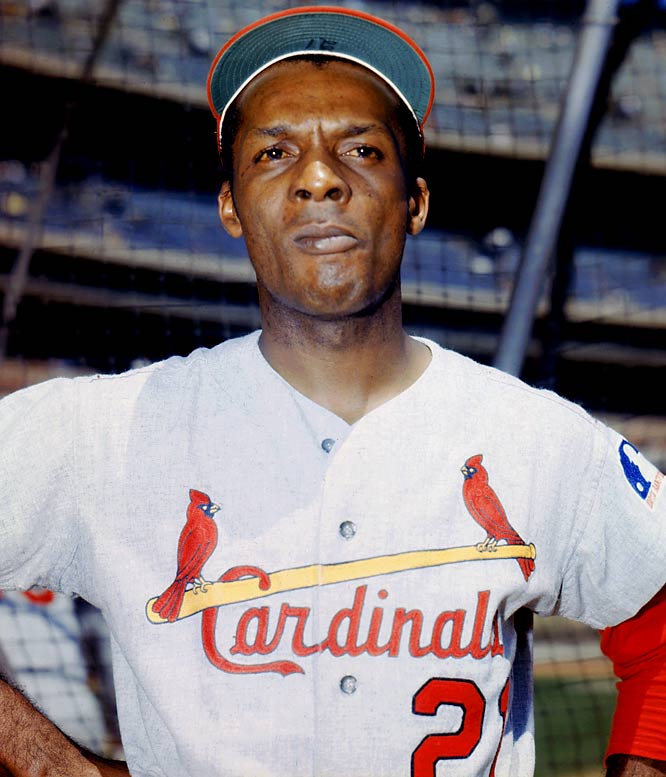 To provoke students to think about whether the Emancipation Proclamation ended slavery and similar inequalities related to property, I brought to class today a little piece of Major League Baseball and constitutional history. Anyone remember Curt Flood, the man for whom the Phillies in 1969 traded Richie Allen (my childhood hero)? Funny, he never played for the Phils:

So when the Cardinals traded him to Philadelphia that October, Flood, 31 at the time, was not much inclined to go, even though he had no choice if he wanted to stay in the game. That’s how the reserve clause worked. The owners insisted it preserved balance between the teams; of course, it also let them buy and keep talent on the extremely cheap. Such collusive, anticompetitive conduct would normally have violated the Sherman Antitrust Act. But in 1922, the United States Supreme Court had held that the business of baseball was somehow not interstate commerce covered by that law, and in 1953 it ruled, equally ludicrously, that Congress had wanted it that way.

Over the years, the court refused to extend that tortured logic to theatrical productions, basketball, boxing and football. But something about baseball — here, all those clichés about its hold on the American psyche apparently held true — blinded even the most revered jurists, including Oliver Wendell Holmes Jr., Earl Warren, Hugo Black, William O. Douglas and Felix Frankfurter. (Only the historically disparaged justices Stanley Reed and Harold Burton, who dissented from the 1953 ruling, got it right.) That the Supreme Court would reverse two of its own precedents seemed highly unlikely.

And that was what Marvin Miller, the firebrand executive director of the Major League Baseball Players Association, told Flood. His lawsuit, Miller warned, was “a million-to-one shot.” Bringing free agency to the game was on Miller’s agenda, but not for a while; at a time when baseball’s minimum salary was $10,000 and players got $15 daily meal money, his union was just too weak. And with his $90,000 annual salary — big bucks at the time — Flood was not the most sympathetic plaintiff. But backed by representatives from the various teams, Miller agreed to bankroll Flood’s case, retaining Arthur Goldberg, late of the Supreme Court, to handle it.

Flood himself was undeterred by the inevitable blacklisting to come. He liked living on the edge — he was the type to throw baseballs with his phone number written on them to pretty women in the stands — and was a contrarian, always itching for a fight. Then there was his race, and his rage. Other black stars, like Mays, Aaron and Ernie Banks, rocked no boats. But Flood always had, attacking segregated training camps in Florida, appearing at an N.A.A.C.P. rally in Mississippi and, with the help of a court order and police protection, moving into a white neighborhood in the Bay Area. To him, protests were nothing new.

And coincidentally (or providentially), I also read today why Curt Flood may not have wanted to play in Philadelphia (for reasons similar to Richie Allen’s:

Winter was a leader of the very powerful Philadelphia Klan, which at its height claimed some fifty thousand members in the metropolitan area. He was one of the movement’s most effective publicists and evangelists, but he was also deeply involved in factional struggles. In a striking portent of his later political allegiance, Winter earned notoriety by forming a personal elite bodyguard and enforcement squad known as the Super-Secret Society, the “S. S. S.” (at this early date, the similarity of name to the German S. S. is coincidental. And no jokes, please, about Double Secret Probation). The “Night Riders” of this “Black-Robed Gang” beat and intimidated opponents who questioned Winter’s shady financial dealings. Winter’s tactics included exposing the Klan membership of his opponents, seeking thereby to attract boycotts and demonstrations against them by Catholics and other hostile groups. His critics accused him of “building up a far more autocratic organization than Rome ever dared to build.” In 1925-26, the Philadelphia Klan’s klaverns (lodges) were riven by violence, lawsuits, and spectacular mutual expulsions.

In 1928, the Klan nationwide was galvanized anew by the threat of a Catholic Presidential candidate in the form of Al Smith. In that year, Winter published in his What Price Tolerance? (Hewlett, N.Y.: All-American Book, Lecture and Research Bureau, 1928) a comprehensive statement of anti-Catholic ideology. The book gives an excellent idea of the kind of rhetoric used by Klan leaders in their speeches intended to recruit new members, and to fire up supporters.

For Winter, Catholic “aggression” was expressed in the Catholic marriage laws, which denied the validity of Protestant marriage and family life, and in the sectarian schools, which created and sustained a whole alternative society and cultural life. Surging Catholic power threatened to overwhelm American society and values. In the previous century, the Church in the United States had grown from fifty thousand adherents and 35 priests to twenty million faithful with a vast network of clergy, schools, and seminaries. By the 1920s, there was a “general staff” – perhaps a provisional government? – in the form of the elaborate bureaucracy of the National Catholic Welfare Council. The nightmare was that all Americans would someday be subjected to this tyranny, and that a Catholic would someday attain the presidency. Catholic strength was founded on “Alienism”, “the unassimilated hordes of Europe”, which threatened American racial purity.

The shadow of racism was large in Philadelphia.

6 thoughts on “When Law Robbed the Phillies”