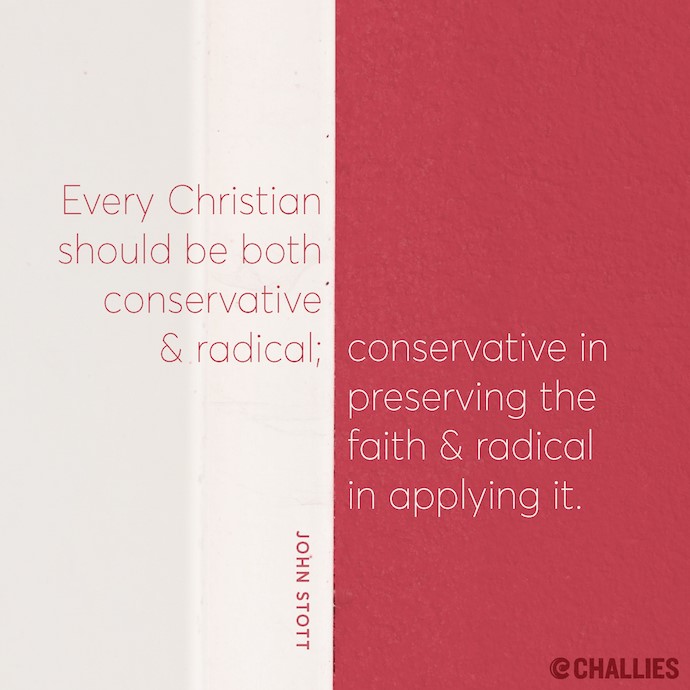 After reading H. L. Mencken and seeing the John Stott quote that Tim Challies turned into an infographic (yowza!), put me on the side of honor. I’ve seen too many obedience boys and girls who show not the slightest interest in being human when sanctity is the ultimate aim. But plenty of parents know they can’t apply high standards of conduct all the time. Sometimes you let the down the guard so you can win another day. Life is not a court of law. It’s a pilgrimage and honor aids dignity and relationships that may down the road help holiness prevail.

In the face of so exalted a moral passion it would be absurd to look for that urbane habit which seeks the well—being of one’s self and the other fellow, not in exact obedience to harsh statutes, but in ease, dignity and the more delicate sort of self—respect. That is to say, it would be absurd to ask a thoroughly moral man to be also a man of honour. The two, in fact, are eternal enemies; their endless struggle achieves that happy mean of philosophies which we call civilization. The man of morals keeps order in the world, regimenting its lawless hordes and organizing its governments; the man of honour mellows and embellishes what is thus achieved, giving to duty the aspect of a privilege and making human intercourse a thing of fine faiths and understandings. We trust the former to do what is righteous; we trust the latter to do what is seemly. It is seldom that a man can do both. The man of honour inevitably exalts the punctilio above the law of God; one may trust him, if he has eaten one’s salt, to respect one’s daughter as he would his own, but if he happens to be under no such special obligation it may be hazardous to trust him with even one’s charwoman or one’s mother—in—law. And the man of morals, confronted by a moral situation, is usually wholly without honour. Put him on the stand to testify against a woman, and he will tell all he knows about her, even including what he has learned in the purple privacy of her boudoir. More, he will not tell it reluctantly, shame—facedly, apologetically, but proudly and willingly, in response to his high sense of moral duty. It is simply impossible for such a man to lie like a gentleman. He lies, of course, like all of us, and perhaps more often than most of us on the other side, but he does it, not to protect sinners from the moral law, but to make their punishment under the moral law more certain, swift, facile and spectacular.

By the way, honor is even key to the way Christians should regard the civil magistrate. Paul recommends honor in Romans 13, and Calvin agrees. But if you really want morality, say hello to the religious right and the permissive left.

10 thoughts on “Would You Rather Be Honorable or Moral?”