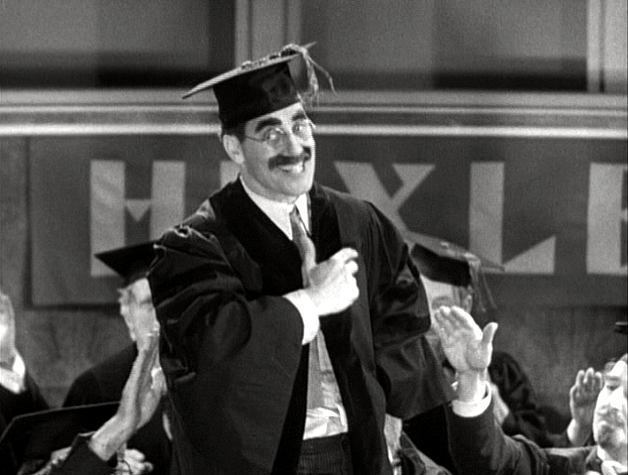 Why does so much confusion surround the so-called Alt-Right while so many people are absolutely certain they oppose it? The Southern Baptist Convention seemed to set the standard for establishing indignant distance from the Alt-Right and its associations with white supremacy. At the same time, pretty much no one knows what the Alt-Right is. If the SBC had thrown Charles Murray, the co-author of The Bell Curve, into its resolution, I doubt anyone would have cared. Who is Charles Murray? Not sure. Must be a white supremacist because those kids at Middlebury College know what’s what.

Here is Joe Carter’s attempt to define the Alt-Right even after the fact of the resolution — reporting catches up to voting:

The Southern Poverty Law Center gives a somewhat broader definition (that could actually include Joe Carter and me at times):

The Alternative Right, commonly known as the Alt-Right, is a set of far-right ideologies, groups and individuals whose core belief is that “white identity” is under attack by multicultural forces using “political correctness” and “social justice” to undermine white people and “their” civilization. Characterized by heavy use of social media and online memes, Alt-Righters eschew “establishment” conservatism, skew young, and embrace white ethno-nationalism as a fundamental value.

At the Alt-Right website, the defining component of the movement seems to be a race-based defense of Western civilization. One question in these race obsessed times — and can anyone remember this goes back to the election of Barack Obama and didn’t just start with the 2016 election? — is if you defend cultural goods of the West like smart phones, rule by law, or tennis are you guilty of the sins of the Alt-Right? Or if you look favorably on the United States, which people of European descent have dominated for good and ill, are you also tainted?

But a bigger question is what a white man is to do. The comments at Joe Carter’s piece suggest that even the fans of John Piper and Tim Keller are not willing to support the SBC’s resolution even while they do not identify with the Alt-Right:

The SBC did us a huge disservice by not defining the Alt Right. The more familiar one becomes with their bigotry, the more disgusting their venom. I think, however, there is a danger in all of this. Since we have left the Alt Right as an ambiguous term, we have set ourselves up for witch hunts. For instance, If I believe in a strong national defense, and in protecting our borders, am I to be branded with this label, and thereby made notorious? If I call myself a “Proud American”, then I am, by definition, a nationalist. Will that term soon become, “white-nationalist” with the passage of time? As the author points out, the “Alt Right” has far more in common with progressivism, than with true conservatism. I would welcome a clarification to the resolution. One which helps us all understand the dangers of this deceptive movement, but which does not leave those Christians who lean left, with the misunderstanding that Conservatives are hateful, or bigoted. That would seem to me to be the exact kind of Xenophobia we just denounced.

One of the reasons for such criticism is that Carter leaves the average white person in a dilemma. One the one hand, identifying as white is a sin:

White supremacy, white nationalism, and white identity are not all the same thing, but they are all equally repugnant….

At the core of the alt-right movement is idolatry—the idol of “whiteness.” In building their identity on shared genetic traits the alt-right divides humanity and leads people away from the only source of true identity: Jesus Christ.

If that is true, that even recognizing myself as white as opposed to Christian is a form of idolatry, what am I supposed to do if I am a Southern Baptist and read calls like this?

White leadership must be vigilant in yielding the floor to black voices, black language, and black tone on this issue in particular, regardless of perceptions or consequences. Right is right and it often takes authentic voices and types of expression to rightly convey it. Jesus said that if you enter a banquet do not seat yourself at the head of the table but at the foot. It is time for white leadership in the SBC to sit at the foot of the table and learn from their African American brothers and sisters how to rightly oppose racial injustice in this country. Including allowing for language and tone that may at times be uncomfortable.

Do I get to ignore this because I say I’m not white but a Christian? Or do I have to look around the room at skin color and come clean that I am white and so need to take a back seat to people of color? At that point, have I not committed the sin of idolatry by identifying as white? Something along the lines of doubly damned comes to mind.

Not to mention that whites and blacks talking about race often ignores Asians and Latinos. Do whites and blacks also sometimes need to sit at the feet of Native Americans or Korean-Americans? At this point, have we really heeded Paul that in Christ there is not Jew nor Greek? Or aren’t we simply a little late to the aggrieved minority party that Democrats have been holding since 1965?

Doesn’t the right side of history have an expiration date?

13 thoughts on “Whatever It Is, I’m Against It”