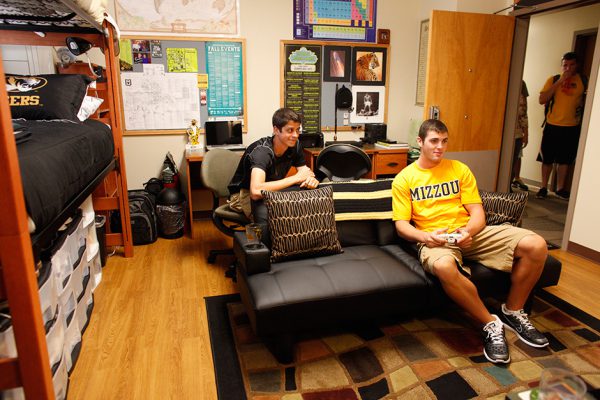 I’m in a good mood. Time to celebrate the joys and accomplishments of this blessed land.

Where else to you have the liberty to make observations like these from Mitch Albom on the differences between 1967 and 2017 of dropping your kids off at college/university?

OLD: “We drove our son to college today. What a proud moment. He was a little embarrassed by Mom and Dad coming up to his room, but we promised not to make any ‘square’ jokes. We unpacked his trunk and Mom helped organize his drawers. We met his roommate, who seemed nice. His name is Scott.”

NEW: “We drove our young prince to college today. What a proud moment. He was embarrassed by having his mom and step-dad and dad and former step-mom and dad’s current girlfriend all coming up to his room, so we had to watch from a distance. We saw him hook up his cable TV and his Xbox, then assemble his IKEA furniture. We also met his roommate, who seemed nice. Her name is X. And we are not supposed to use the word ‘her.’ ”

OLD: “After helping our son hang two posters on his wall — Albert Einstein and a band called The Who — we went for a walk around campus. We saw the observatory, the mailroom and the student union. The cafeteria had a soft ice cream machine, which made our boy very happy! Dad took him aside and said, ‘Son, we know the drinking age is 18, but please, go easy on the beer. You don’t want to pass out on a fraternity’s lawn.’ ”

NEW: “After helping our son hang his flat screen and surround-sound speakers, we went for a walk around campus. We saw the 24-hour state-of-the-art exercise facility and the 24-hour Apple computer labs. He showed us the ‘safe spaces’ where no offensive words can be used, and the ‘healing spaces’ where you can go if you were accidentally exposed to an offensive sentence. There were seven cafeterias to pick from, so we chose the non-GMO, gluten-free, nut-free, dairy-free, vegan facility, which made our young person very happy. His nonbiological father took him aside and said, ‘Listen, friend, we know the drinking age is 21, but since you’re 18, please go easy on the beer. You don’t want to pass out in a hot tub and have it uploaded to YouTube.’ ”

OLD: “Our son had a brief meeting with his academic adviser, who told him his first two years, as expected, would be mostly required classes including classic literature, philosophy, math, a foreign language and history. But he was excited to learn he could choose an ‘elective’ each semester. Such freedom of study!”

NEW: “Our young liege checked his iPhone to pick his classes. A student protest to eliminate dead poets from the curriculum means he won’t have to study Shakespeare, and since history was found to be an offensive word (“His” and “story,” so sexist!) he doesn’t have to worry about that anymore. The fact is, his curriculum is totally up to him — to inspire and challenge his natural talents — but he did say he planned to study a foreign language. I think he said, ‘Fortran.’ ”

OLD: “We wanted to have ‘the talk’ with our son, make sure he wasn’t confused about the whole birds and the bees issue or its consequences. His mom told him she wouldn’t mind if he met a nice girl here, and if it was someone special, maybe she could come home with him for Thanksgiving. Dad took him aside and reminded him that he was here to study. After all, tuition costs $2,500 a year.

“Then, despite all that, Dad gave him a bottle of aftershave.”

NEW: “We wanted to have ‘the talk’ with our child, after he told us the hookup rate at his school was one of the highest in the nation. We toured the nearby Planned Parenthood office and the sexually transmitted disease clinic. His step-dad gave him a box of condoms, as did his mother. We were happy that his biological father reminded him that tuition, with room and board, was $70,000 a year. So it would be good if he studied once in a while.

“Happily, our young genius nodded repeatedly with his eyes closed. Then again, he was wearing headphones.”

The U.S.ofA. is no less great because people can react to Albom’s column in such thoughtful and inspired ways:

Filling a column with hackneyed jokes about gender identity, biological parents and more reasons college has “changed since 50 years ago” doesn’t seem like the smartest move, but apparently no one told Mitch Albom that. Albom, the long-time Detroit Free Press columnist (where he’s previously gotten in trouble for fabricating a story about players attending a game as well as self-plagiarism), decided to write a column along those lines this week, and it’s so, so bad.

The lesson? To notice difference is bad.  To have no awareness of historical change is good.

But we are the land of the free.  Bravery is mainly a symptom of following Major League Baseball in the South.

3 thoughts on “America is Already Great”