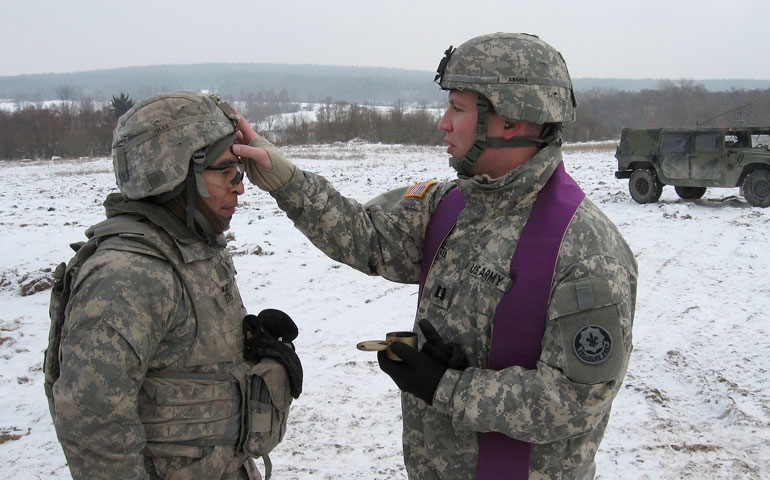 At its 81st General Assembly (2014), commissioners of the OPC heard a report from the chaplains’ committee that asked for prayer for the recently released Bowe Bergdahl:

Finally, given the media attention surrounding the return of Sgt. Bowe Bergdahl, and in particular his relationship to the OPC, the following statement was placed in the minutes:

In the wise providence of our Sovereign Lord, we acknowledge thankfully, the 31 May release of Sgt. Bowe Bergdahl USA from Taliban captivity; and that he is in the custody of the United States Army.

Consequently, for those who ask how to pray, we suggest the following, or similar, petitions:

For grace to resist the temptation to rush to judgment, in the absence of sufficient information
Thanks to God for the release of Bowe
For Bowe’s recovery from any and all ill effects arising from his captivity, with healing as well for his family members
That truth will triumph and justice will be done
That, in the months to come, it might please our Lord Jesus to use the events of the past five years to draw Bowe and his family increasingly closer to Himself and give them His peace.

As one of the commissioners, I sensed that the chaplains were playing at the heart strings of those gathered. Reports from chaplains always bring out the God-and-country inner self of Orthodox Presbyterians who are generally spirituality of the church in their deliberations.

And so, I wonder if this is an answer to the prayer request for justice:

Things have changed since 1979, when a Marine named Robert Garwood, who claimed to have been captured by the Viet Cong in 1965, was tried and convicted by court-martial for desertion and sedition. The military court rejected Garwood’s claim that he had been tortured and had collaborated with the enemy only to survive, sentencing him to a dishonorable discharge and forfeiture of all pay and allowances during his alleged captivity. The Supreme Court refused to hear his appeal.

There are many similarities between Garwood’s case and that of Bergdahl, but in fact Bergdahl’s case is weaker than Garwood’s. For one thing, Bergdahl pleaded guilty to the charges. Nonetheless, for unexplained reasons, the military judge in the case refused to impose prison time.

At Powerline, Paul Mingeroff has noted the hubris of General Mark Martins, a highly decorated and celebrated brigadier general in the United States Army JAG Corps, who declared that “law embodies and summarizes human experience about right action in a particular context.” That may be true in a perfect world but it fails in the context of military justice and the goal it is designed to serve.

Some will argue that President Trump’s tweets regarding the case constitute “unlawful command influence” (UCI). That may have influenced the sentence. But if Trump is guilty of UCI, then certainly former President Obama is, too, given the Rose Garden event with Bergdahl’s parents and earlier comments by Obama’s national security adviser, Susan Rice, claiming that Bergdahl had “served with honor and distinction.”

The actions of both Obama and Trump helped to politicize the Bergdahl case, but none of that should have negated the purpose of the military justice system. Bergdahl’s actions were premeditated. They also led to American casualties. Nothing in mitigation justifies a decision that mocks not only the practical goals of good order and discipline in the military but also such military virtues as honor and sacrifice.

3 thoughts on “An Answer to Prayer”