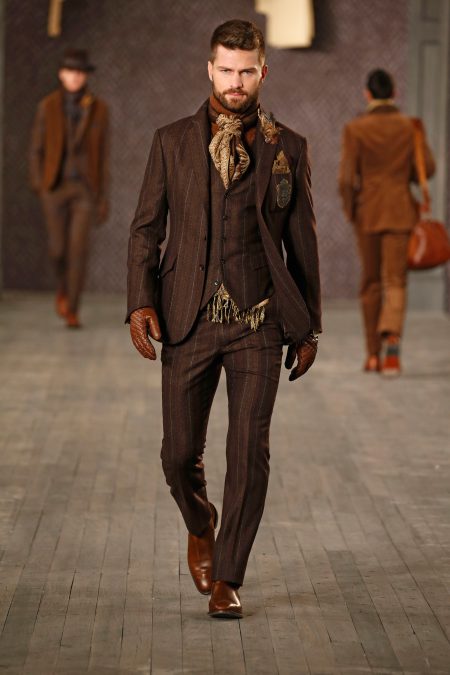 Branden Henry thinks that some (many?) Americans are in denial about race relations in the U.S. Take, for instance, the white supremacists who marched last summer in Charlottesville:

Playing the Victim – This, right here, is what we witnessed in Charlottesville. Grown white men marching against Jews and Blacks because the white men believe they are being replaced. These same folks who cry foul when minorities attempt to be treated as equal are the same folks who tend to ignore the genocide of the native people of this continent, as well as ignore the long-lasting effects of slavery, Jim Crow, etc. on black persons. These people remind me of the husbands I work with who get angry at their wives when their mistresses are discovered. It is absurd and downright shameful.

Henry has a point. Thinking that whites have had it anywhere near as bad as descendants of slaves is folly. But has Henry considered what happens if economics (class) trump race? What happens if we experience forces even larger and more powerful than structures that perpetuate racism? Finding critics of capitalism who see it as sufficiently powerful to shape (or even change) human nature is not difficult.

My argument in Desiring the Kingdom is that, in fact, the vast majority of our action and behavior is “driven” by all sorts of unconscious, pre-cognitive “drivers,” so to speak. Those pre-conscious desires are formed in all sorts of ways that are not “intellectual.” And so while I might be fueling my mind with a steady diet of Scripture, what I don’t realize that is that all sorts of other cultural practices are actually forming my desire in affective, unconscious ways. Because of the sorts of creatures we are, those pre-conscious desires often win out. This is why it’s crucial that Christian spiritual formation – and Christian worship – is attentive to a holistic formation of our imagination.

Nike seems well aware that the good life can be on display on the living icons that are today’s celebrities.

I’m using Smith’s book in my classes to teach my students about how culture shapes us to be particular kinds of people–people that perhaps we did not know we were before we thought about it in class. We’re learning just how substantially we’ve been shaped by culture, rather than how much we think we’re immune to outside influence. Contrary to how we might imagine ourselves, we’re not autonomous, deliberative, rational, choice-making creatures. Often, we’ve been habituated into certain ways of being and doing in the world, before we’re even aware of it. You were saying the Pledge of Allegiance before you had much of a choice in the matter. And by the time you had a choice, you simply would have chosen to keep doing it because you would have been habituated into the story of why it was good to do so.

Learning about this phenomenon of our cultural formation is a strategy to help us think about how we might participate in the counter-formative efforts of influencing the world in manners that are faithful to the ways of Jesus, rather than damaging and destructive ways of culture. Consumerism–the sort that Nike seems able to foster–is often damaging and destructive. It makes us competitive–we start comparing ourselves with each other and our relationships get bent way out of shape. It messes with our desires to the extent that our sense of satisfaction becomes insatiable and we know no contentment. It even replaces religion, and we end up chasing transcendence by means of consumption.

In the late nineteenth century, argues Leach, advances in industrial technology, the availability of electricity, and the newly available means to pool vast amounts of capital made production much cheaper and hence threatened to flood the market with goods. This worried capitalists greatly. Marketing consequently acquired the purpose not merely of informing potential customers how a given product might fulfill their existing needs, but of creating new desires. As one proponent of the new culture, Emily Fogg Mead, wrote, it was imperative that Americans be awakened to “the ability to want and choose.” What was needed was a moral reeducation, the replacement of traditionally religious values with consumer values.

Thus, one of the new breed of merchants, Alexander Turney Stewart, was hailed by Harper’s Bazaar for freeing Americans “from the guilt of having wealth and desiring money.” L. Frank Baum, who was not only the author of The Wizard of Oz but a pioneer in the creation of the display case and show window, counseled hedonism: “To gain all the meat from the nut of life is the essence of wisdom, therefore, ‘eat, drink, and be merry’—for tomorrow you die.” To inculcate the ability to forget the past was a key aspect of the needed moral reeducation. Harry Selfridge, superintendent of Marshall Field’s, exhorted his staff “to forget the past, and deal more and more with the present.” Likewise, Mead “urged businessmen to penetrate the home, break down the resistance of ordinary housewives, and ‘forget the past’ in their pursuit of profits.”

That’s why we need churches that ordain women and podcasts that use the latest audio software to teach us how to resist such cosmic forces.

Or, it could be that people actually have agency and make calculations all the time — based on reality, like, even though I really want the BMW I don’t think I can afford those car payments. Or, as much as I’d like to wear Joseph Abboud suits all the time, that might not be the right look on campus (and may be a tad more expensive than piecing together items from Jos. A. Bank and L. L. Bean).

I do understand that consumerism creates certain desires. But we are not 16-year olds with dad’s credit card. Some people make better decisions than others. Capitalism and big business have not turned us into victims. Even fans of Bojangles sometimes crave a meal at Waffle House.

38 thoughts on “Victims All”