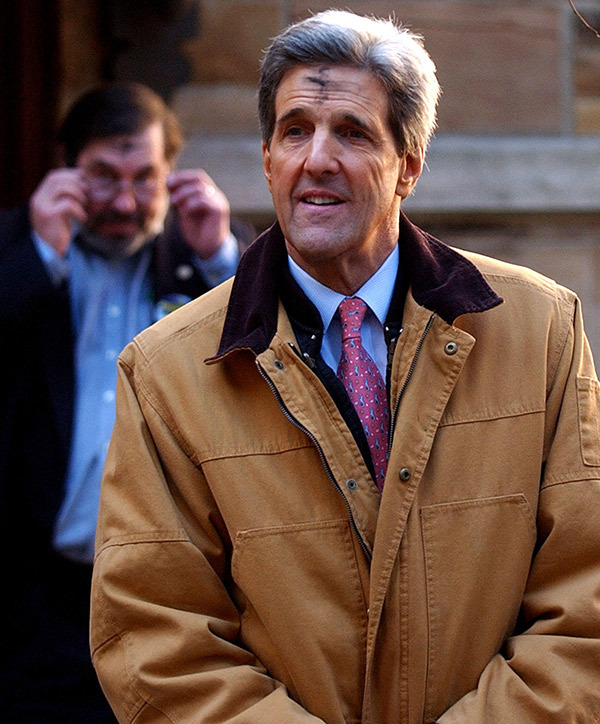 With Ash Wednesday comes Lent and different rationales for turning up those practices that increase holiness. George Weigel opts for the difference that Lenten practice makes:

Friday abstinence was once a defining mark of the practicing Catholic, and Lenten pork roll raillery aside, it ought to be again. The Catholic Bishops’ Conference of England and Wales is not renowned for its traditionalism, but some years ago the bishops mandated a year-round return to Friday abstinence south of Hadrian’s Wall, and good for them for doing so. If our baptisms really set us apart for Christ, then we should live a different temporal rhythm than the rest of the world: not to advertise our righteousness, but to remind ourselves, each other, and those who might be curious about these Catholics and their ways that we’re, well, different. And at a moment in Western cultural history in which the tsunami of the Culture of Me threatens to overwhelm everything, putting down behavioral markers of difference is no small thing. From Friday abstinence, who knows what might grow?

Well, these days at First Things someone might ask if Friday abstinence could lead to the kidnapping of baptized children from non-Roman Catholic parents.

Or how about the royal absolutism of French monarchs?

For those keeping score at home, liberalism is on the ropes at First Things, which is odd for a magazine that used to be (along with Weigel) firmly in the Americanist camp of U.S. Roman Catholics.

The problem is not Lent or abstinence from meat. I have great respect for minority groups that maintain their religious ways in face of a society that does little to encourage or foster such practices. The Amish and Orthodox Jews, for instance, who continue to maintain family and spiritual traditions without trying to Americanize their traditions are (or should be) obviously admirable in their fortitude and conviction.

But transferring such admiration to Roman Catholics comes with a catch. That snag is that Roman Catholic piety for a long time was not simply a way of being a good Christian before God but also came with expectations about society, the political order, and the church’s authority. To sever personal piety from Rome’s global reach or cultural aspirations was never possible, the way it has been for other faiths outside the political order that brought them into existence. The reason is that fellowship with the Bishop of Rome and all the affairs in which he had his hands was necessary to be a good Roman Catholic.

So Weigel’s proposal for being more distinct is no neutral proposition when Roman Catholicism in its most distinct expression was not necessarily a respecter of the sort of freedoms that allow the Amish and Orthodox Jews to practice their faiths. Like Neo-Calvinism, Roman Catholicism is not content with a personal faith. Religion is not a private affair but needs to take root in all areas of life — and there goes political liberalism.

398 thoughts on “Good but Different Americans”