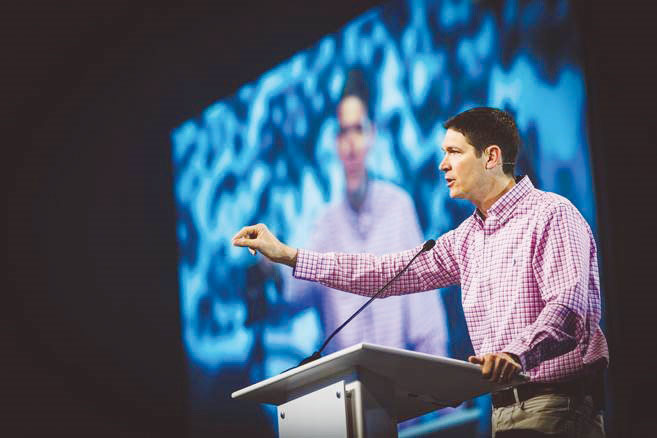 I do not pretend to know the Byzantine world of Southern Baptist life but I do follow one SBC website, SBC Today, to keep tabs on the opposition to Calvinism in the Convention. Some of the staunchest voices against the so-called Calvinist takeover appear at SBC Today.

Another arresting wrinkle to these anti-Calvinists is first their defenses of Paige Patterson and their current opposition to Social Justice Warriorism. Here is an excerpt from a resolution the editors posted today:

Whereas social justice is showing it’s true colors at George Washington University and other campuses in 2018 where they are holding classes and seminars seeking to combat “Christian Privilege,” and attacking Christianity for it’s prominence in society using the social justice ethic, wherein the seminar at GWU students are taught “American Christians receive things they don’t deserve and are not worthy of getting,” and

Whereas Southern Baptists ought to furthermore be warned by the example of the Methodist and Episcopal denominations that have already embraced the social justice movement, and instead of growing in number, these same denominations continue to lose membership at an alarmingly fast rate, and

Whereas the social justice agenda in the Southern Baptist Convention has become pervasive in some seminaries and state conventions, even to the point that it is apparently an unwritten rule not to speak against the social justice movement, or one’s job or position will be in jeopardy, and

Whereas we are repeatedly warned in Scripture concerning such error and being deceived, with Ephesians 5:6, Hebrews 13:9, Colossians 2:8, and 1 Timothy 4:1 being just a few of these warnings, and

. . .Whereas true Christian theology builds people up to be resilient in the face of trials, but social justice seeks to stoke discontentment (1 Corinthians 10:10; Hebrews 13:5), and

Whereas our own denomination must reject this harmful social justice philosophy in it’s entirety, and

Whereas biblical doctrine and the Christian ethic must be chosen over social justice, then be it

RESOLVED, That the messengers to the Southern Baptist Convention, meeting in Dallas, Texas, June 13–14, 2018, decry and reject the terms and framework of social justice as insufficient to adequately reflect the Gospel of Jesus Christ and the Christian worldview; and be it further

RESOLVED That the entities of the Southern Baptist Convention be encouraged to avoid the terms “social justice” and social justice warrior” when referring to Christian ethics or activism, and that the Holy Scriptures be used as a guide without mimicking the verbiage of the Anti-Christian social justice movement, and be it

RESOLVED That all SBC Colleges and Universities be encouraged to review their teaching programs with special attention given to Humanities Departments to ensure that Marxist based social justice is not being taught in our colleges, universities, and seminaries, and be it

RESOLVED, That we encourage churches in preaching, teaching, and in discipleship to address the issues of racial reconciliation, poverty, the environment, sexual and gender issues, immigration, and education from a Christian worldview and reject the ideological underpinnings and verbiage of the social justice movement.

So here’s another wrinkle. Why are Calvinists in the PCA and SBC more prone to heed the calls for social justice while the opponents of Calvinism in the SBC find it easier to spot the errors implicit in certain efforts to use the gospel to underwrite politics? Just today, another Protestant declaration went live and invoked the legacy of Martin Luther King, Jr. to support a set of policy ideals that target the Trump administration’s errors. Will the recent defenders of King in the PCA and SBC worlds sign this new resolution? I doubt it if only because the worlds of Red Letter Christians and The Gospel Coalition are so far apart, and such support could be toxic in PCA and TGC networks.

But of late, they have been tracking in remarkably similar trajectories. And when that happens, when those who affirm total depravity, limited atonement, and perseverance of the saints wind up in gospelly poses with Protestants for whom Calvinism is bizarre, Reformed Protestants want to know what’s in the New Calvinist water.