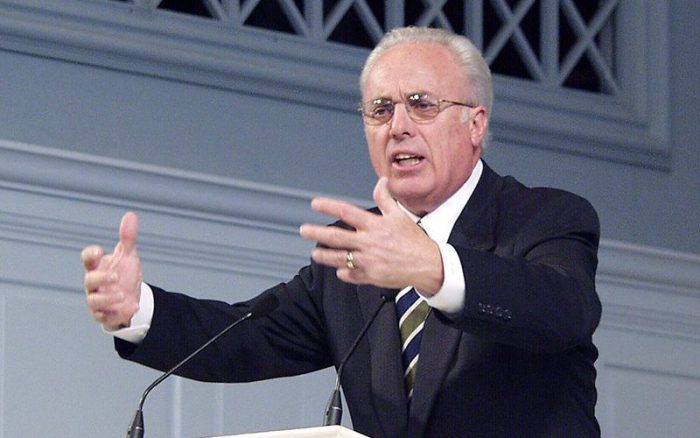 Can the social justice warriors tell the difference between John MacArthur and Louis Beam? I was not aware of Mr. Beam until I listened to a remarkable discussion of Katherine Belew’s book, Bring the War Home at bloggingheadstv. Nor was I aware of a statement about social justice from Founders Ministries until I saw Ryan Burton King’s explanation of why he could not sign it (which I saw somehow through the blur of retweets).

Beam was a Vietnam veteran who became a prominent figure, so I’ve learned, in paramilitary, Christian identity, and the Klan. Belew makes the point about a fairly large — between 5,000 and 250,000 — network of white nationalists that connected people like Beam to Timothy McVeigh, the Oklahoma City bomber.

MacArthur, of course, is that famous pastor who is the Jerry Falwell of California minus the politics. In fact, MacArthur is taking heat for not calling the church to get behind movements and networks that resist the intersectional dynamics of racism, sexism, economic exploitation, heteronormativity — I’m tapped out — and a whole lot more.

Listening to the podcast which I highly recommend, I couldn’t help but wonder if the folks who accuse the United States of harboring white nationalism can actually tell the difference (or make distinctions) between the KKK and the OPC, or if it is a case of either you’er for us or you’re against us and if you’re against us then you are antithetically (thank you Abraham Kuyper) on the side, intentionally opposed to us? I for one would think that anyone with antennae for social justice who owns a home would rather have John MacArthur as a neighbor than a guy like Beam who stockpiled guns, trained terrorists, and who did not exactly respect the rule of law.

I also wonder if those alarmed by the direction in the United States since the presidential election of 2016 can do the math and recognize that 81% of evangelicals (maybe 60 million) is a lot larger than the 250,000 who may traffic in Christian Identity networks. That might sound scary except when your remember that if — and I say if though apocalypticism seems to be one potential tie — if the two groups overlap, then 59,750,000 evangelicals are not part of white nationalist organizations. (Thank the Lord for Geerhardus Vos and amillennialism.)

5 thoughts on “Thank You, Lord, I’m Not a Christian-Identity Christian”