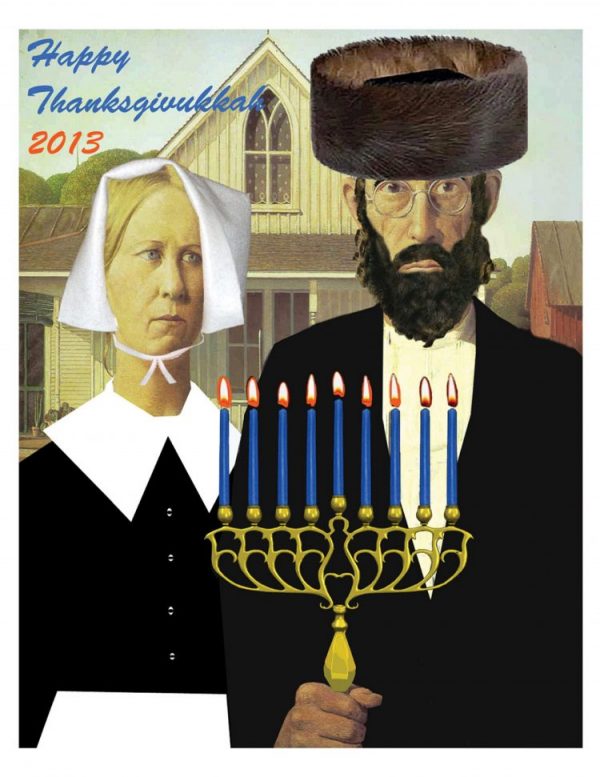 While some are wondering how to include native Americans in this day’s preparations and festivities, David Swartz reminded readers that Southerners were not so comfortable with a holiday rooted in New England’s heritage:

In his book The First Thanksgiving, he writes, “White southerners associated the holiday with New England, and that made it suspect in their eyes.” If he’s right, sectional rivalry explains why these old articles from Kentucky seem so strange and ahistorical, as if Thanksgiving comes out of nowhere. Southern narratives eliminated Pilgrims from the holiday’s history because they were from the North.

Indeed, northerners often encouraged the association of their region with antislavery. In the decades leading up to the Civil War, politicians endorsed the abolition of slavery in their Thanksgiving proclamations. Antislavery societies sometimes took up collections at Thanksgiving services. Abolitionists from New England connected the “Pilgrim Spirit” to John Brown’s raid in Virginia.

One frustrated writer in Richmond, Virginia, complained that “it is a common notion of New England, that it is the hub of the whole creation, the axis of the entire universe, and that when it thanks God that it is not as other men, everybody else is doing the same. . . . What a race these sycophants are!”

When I think of Americans who are ambivalent about Thanksgiving, my thoughts run to Jewish Americans. Barry Levenson captured the awkwardness in Avalon:

Then Christopher Guest ran into trouble with making a movie called “Home for Purim” that needed to be rebranded as “Home Thanksgiving.”  Why?  Because marketing a Jewish holiday movie is impossible:

Leave it Woody Allen to be the Jewish-American most comfortable with the Yankee holiday in “Hannah and Her Sisters”: