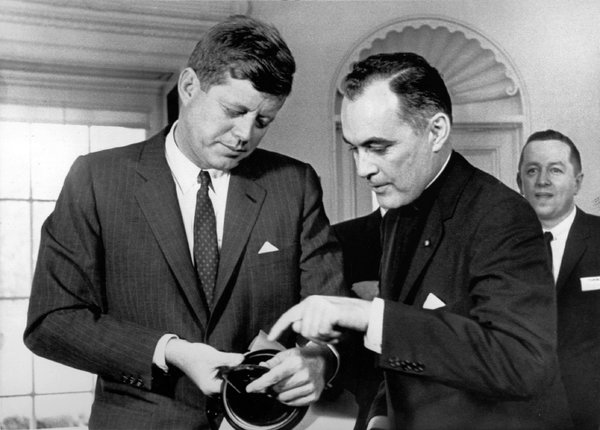 Father Theodore Hesburgh, president of University of Notre Dame, in a 1966 reply to criticisms for making academic excellence a goal of Roman Catholic universities:

There is certainly an enormously greater interest in social action than there was in the past. And I would say that this is not entirely a good thing. It leads to too much of a concern for action at a time when we should be laying the intellectual foundation on which this action is going to be effective. . . . It doesn’t help in the long run, I think, if students are distracted from what they can do only during their college years. (quoted in Mark Massa, Catholics and American Culture, 214)

2 thoughts on “The Spirituality of the University”