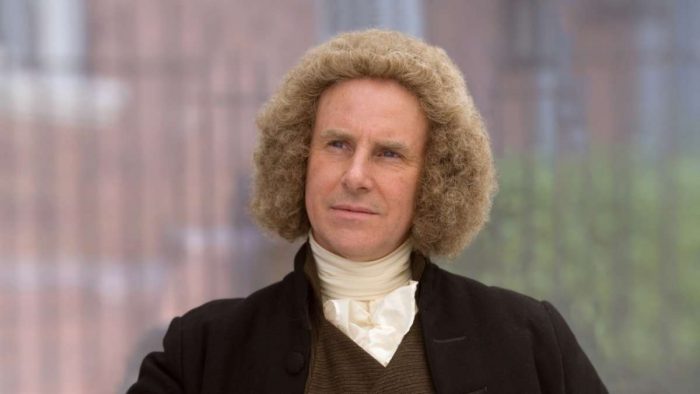 Speaking of liberalism, Benjamin Rush, a Presbyterian, agreed with Thomas Jefferson, that preachers should stay in their own lane and stop trying to do what politicians do. He even recommended John Owen’s sermons:

I agree with you likewise in your wishes to keep religion and government independant of each Other. Were it possible for St. Paul to rise from his grave at the present juncture, he would say to the Clergy who are now so active in settling the political Affairs of the World. “Cease from your political labors your kingdom is not of this World. Read my Epistles. In no part of them will you perceive me aiming to depose a pagan Emperor, or to place a Christian upon a throne. Christianity disdains to receive Support from human Governments. From this, it derives its preeminence over all the religions that ever have, or ever Shall exist in the World. Human Governments may receive Support from Christianity but it must be only from the love of justice, and peace which it is calculated to produce in the minds of men. By promoting these, and all the Other Christian Virtues by your precepts, and example, you will much sooner overthrow errors of all kind, and establish our pure and holy religion in the World, than by aiming to produce by your preaching, or pamphflets any change in the political state of mankind.”

A certain Dr Owen an eminent minister of the Gospel among the dissenters in England, & a sincere friend to liberty, was once complained of by one of Cromwell’s time serving priests,—that he did not preach to the times. “My business and duty said the disciple of St Paul is to preach—to Eternity— not to the times.” He has left many Volumes of Sermons behind him, that are so wholly religious, that no One from reading them, could tell, in what country,—or age they were preached.

(Thanks for this to a certain Irishman who is known to regard Owen almost as highly as John Nelson Darby.)