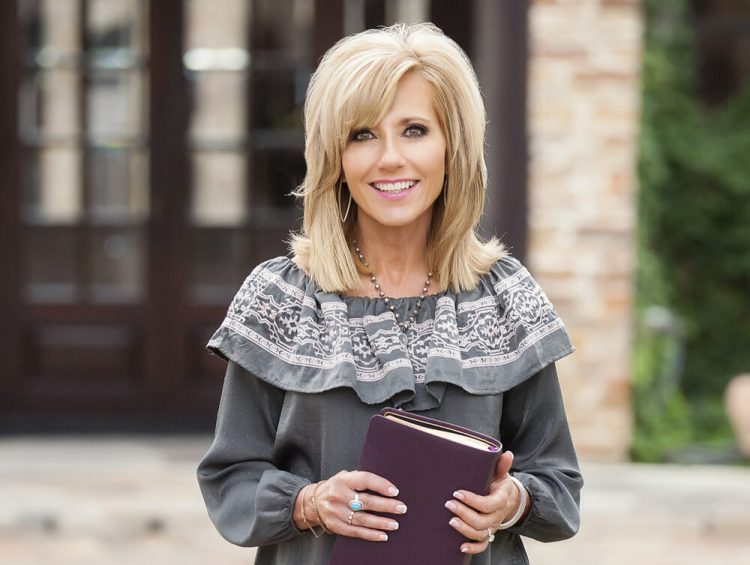 Some are worried about the culture of Christian patriarchy that allows John MacArthur to disparage Bible teachers like Beth Moore. But as the Christianity Today feature story on the Southern Baptist celebrity teacher indicated, Moore also inhabits a culture that protects her from criticism (not to mention pastoral oversight). It is also a culture that is distant from the one inhabited by evangelicals with Ph.D.’s:

It was not easy to get there. Just as Moore’s stories are at once personal and private, Moore in person is intensely friendly—and closely protected by assistants who allow very few media interviews. After several interview requests from CT, her assistants allocated one hour to discuss her latest book and ask a few questions about her personal life. Each question had to be submitted and approved beforehand, I was told, or Moore would not do the interview. Follow-up interview requests were declined. I was permitted to see the ground level of her ministry, where workers package and ship study materials. But Moore’s third-floor office, where she writes in the company of her dog, was off limits.

Living Proof Ministries is relatively small compared with the ministries of women of similar notoriety. Its total revenue in 2008, $3.8 million, is dwarfed by Joyce Meyer Ministries’ ($112 million) and Kay Arthur’s Precept Ministries’ ($12.9 million) in the same year. (Meyer’s ministry says its top priorities are evangelism and social outreach; Arthur’s ministry mainly supplies resources for women to study die Bible inductively on their own; Moore’s ministry is grounded in her unique gift of teaching.) Living Proof employs only 16 people, including Moore’s two daughters and son-in-law.

“I think she does a really good job of sharing but not sharing too much,” Amanda Jones, 30, says of her mother. “There have been a few times where we thought, Oh we shared a little too much there, so we’re going to try to reel it back in.” Jones’s own posts on the Living Proof blog, which sometimes include pictures of her two children, are vetted by ministry staff.

Her mother’s openness about her struggles—and those of her family—is what makes her appealing to so many women, Jones says. And such references—like Moore discussing in 2001’s Feathers from My Nest her daughter Melissa’s eating disorder—are not causes for concern, says Jones. “I don’t ever sit there ; and shake and feel afraid that she’s going to ° share something crazy about our family that I ° don’t want anyone to know,” she says. “I feel 5 comfortable with her judgment on what to share and what to keep private.”

Moore describes herself as “fiercely and unapologetically private” about the topic of adopting a son for seven years and then returning him to his birth mother. Other than sharing his name (Michael), she offers few details in her talks, books, and interviews, other than to say that the boy had developed “alarming behaviors” and that his birth mother had “resurfaced, strongly desiring to reclaim her son” (Things Pondered). “I find myself wanting to say to my reader, who has become like a friend through the years, ‘May I share this without being expected to share much more?'” she wrote in Feathers from My Nest. She called the experience “complicated,” but says she references the story in her public ministry because other women may have had similar experiences that left them brokenhearted.

“It was an immensely painful time in my life, but if on the other side of it, God’s Word and his Spirit equip me to be able to turn around and minister to a woman, then it’s of value,” Moore tells CT. “We all deal with feelings of failure. It ranks right up there.”

In short, for Moore privacy is as important to authenticity as honesty is. Being the same person onstage and at home means acknowledging the existence and general shape of her struggles—but she works to leave her fans at the door of her home. It’s one of the key lessons she practices with husband Keith Moore, who recently retired from the home-service business he owned with his father. (Sarah Pulliam Bailey, “Why Women Want Moore,” Christianity Today, August 2010)