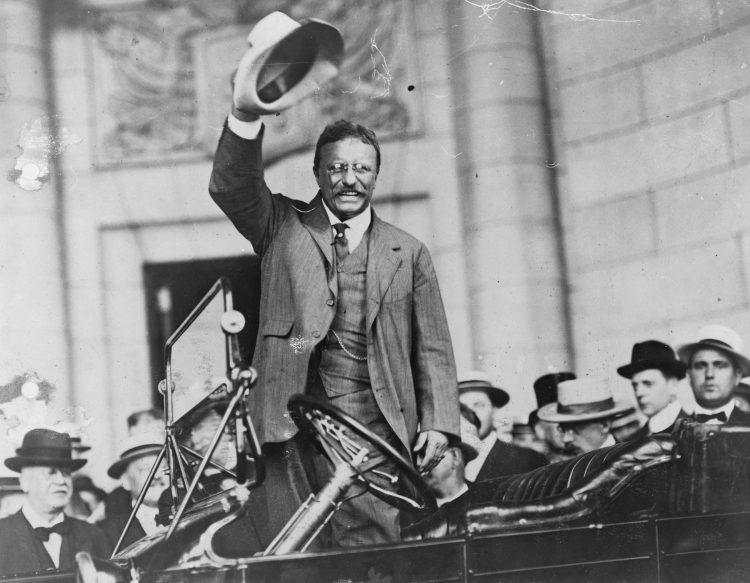 David French thinks American conservatives have a race problem (but, of course, he is not one of those conservatives):

Is it a problem for the populist right that an immense right-wing platform like Breitbart engaged in race-baiting with a “black crime” tag and its flattering coverage of the alt-right? Is it a problem that the head of Breitbart, Steve Bannon, told a reporter that he wanted to make the site the “platform” for the alt-right? Is it a problem that Tucker Carlson declares the threat of white supremacy a “hoax,” accuses immigrants of littering too much based on his fishing trips to the Potomac, and invites an actual alt-right congressional candidate on his show to discuss a moratorium on immigration? This candidate is a man who declared that white Americans were “being replaced by third world peasants who share neither their ethnicity nor their culture.”

I understand the word ethnocentrism doesn’t carry the force of the epithet racism, but why is opposition to Mexican-American immigrants racist? Doesn’t that cheapen the racial divide between descendants of African slaves and European-Americans? But I digress.

Imagine what French would write about politics in Northern Ireland where a candidate refused to condemn a terrorist act:

In December 1996, an RUC officer was injured when IRA gunmen opened fire on police officers guarding Mr Dodds when he was visiting his seriously ill son at the Royal Children’s Hospital in west Belfast.

Gunmen fired four shots at officers in a hospital corridor as children were being treated close by. One bullet struck an officer in the foot, while another hit an empty incubator in the intensive care unit.

Incumbent North Belfast candidate Nigel Dodds is running against John Finucane for the Westminster seat, in what is expected to be one of the closest contests of election.

Speaking to the New Statesman, Mr Finucane, whose father Pat was murdered by the UDA in 1989, was asked if he would condemn 1996 IRA attack.

He said: “I have an issue with selective condemnation. I think it cheapens our past. I think it is a barrier to reconciliation… I know that the pain of the Troubles visited everybody, regardless of where they came from. I want that to be dealt with.”

That is a serious problem if representatives of established parties cannot condemn non-state acts of violence against members of the opposing political party. It might be like a former POTUS praising a paramilitary leader the way Teddy Roosevelt spoke favorably of John Brown in his famous speech, The New Nationalism:

Now, with this second period of our history the name of John Brown will forever be associated; and Kansas was the theatre upon which the first act of the second of our great national life dramas was played. It was the result of the struggle in Kansas which determined that our country should be in deed as well as in name devoted to both union and freedom; that the great experiment of democratic government on a national scale should succeed and not fail.

The United States is not as close to that kind of violence as Northern Ireland is. Sure, we are only four decades from the last of the Weather Underground’s violence against police and twenty-five years from Timothy McVeigh’s bomb. Some even think violence be in the United States’ future.

But we have not had political parties that were arms of terrorist organizations. Shouldn’t David French know the difference between being in denial about violence and opposition to immigration?

45 thoughts on “Not Exceptional, But Not Abysmal”