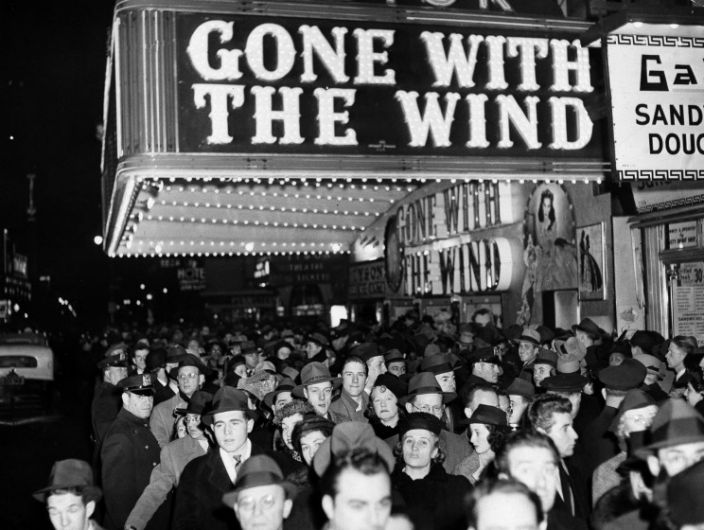 Posted at Juicy Ecumenism today and then not:

Calvin vs. Wesley: A Review of the Presbyterian Church in America’s Report on Human Sexuality, Part One

The Rev. Karen Booth is a graduate of Drew Theological School and an ordained elder in the Peninsula-Delaware Annual Conference of The United Methodist Church. She is the author of “Forgetting How to Blush: United Methodism’s Compromise with the Sexual Revolution.”

Disclaimer: Please bear in mind that my views are based on my background as a seminary trained, local church pastor who has had some additional experience working with ministries of sexual sanctification. I am not a professional theologian, nor do I have access to specific archival material that would have been relevant. I do thank Dr. David Watson and Dr. Scott Kisker of United Theological Seminary for helping me think through some of the Wesleyan theology.

In June 2019, the conservative Presbyterian Church in America (PCA) faced a General Assembly that included more legislative petitions about LGBT issues than any other subject. The concerns stemmed from a provocative conference called Revoice, which was co-sponsored by the denomination’s Covenant Seminary and hosted by a local PCA church in St. Louis.

Though there are nuances, Revoice (the conference and movement that followed) generally affirms a traditional Christian sexual ethic while tolerating, accepting or even celebrating homosexual orientation and/or LGBT identity as long as there is a concurrent commitment to celibacy. This stance is sometimes referred to as “Side B,” with “Side A” being LGBT-identified persons who do not consider same-sex intimacy to be essentially immoral. There is also a “Side C” for those who are unsure and a “Side X” for those who believe that BOTH desire and behavior can be transformed through the power of Jesus Christ.

Though one writer suggested that the PCA controversy was mostly about “language” and “terms,” another recognized that there were serious underlying theological and pastoral issues at stake: “another way of describing the debate is whether homosexual orientation/desire is sinful and therefore must be mortified or if it is a natural inclination that can just be kept in check through celibacy.”

Fearful that endorsing Revoice could ultimately lead to more progressive positions on sex and marriage, delegates sought further clarity. As a result, the General Assembly voted to affirm the more traditional Nashville Statement, a document developed by the complementarian Council on Biblical Manhood and Womanhood, and to establish a study commission.

The seven-member Ad Interim Study Committee on Human Sexuality (hereinafter “Committee”) included pastors, theologians, Christian educators, and professional counselors who had diverse opinions about Revoice. This caused even more controversy, raising doubt that they would ever be able to reach biblically faithful consensus.

Nonetheless, the Committee completed its work within a year and officially released its Report on May 28. After wide distribution and study, the Report will be perfected and then accepted or rejected at the rescheduled General Assembly in June 2021.

The Report primarily consists of Twelve Statements that summarize the Committee’s findings, with longer essays explaining the underlying theological and doctrinal foundations. There are also suggestions for pastoral care and apologetics, an annotated resource list, and an exhortation to maintain unity amidst the diverse legislative proposals that will surely follow.

The first two Statements deal with marriage (the monogamous union of one man and one woman) and the binary nature of male/female creation (a unique expression of God’s image and His perfect will). Neither issue is currently up for debate; the former is explicitly addressed in both the Westminster Confession and the PCA Book of Church Order and the latter is implied. Both are referred to multiple times to defend other portions of the report.

The remaining material concentrates on four sets of related topics:

The moral nature of same-sex attraction, desire and temptation,
The compatibility (or not) of the concepts of homosexual orientation and gay Christian identity with Scripture and doctrine,
The significance of redemption, sanctification, Christian community and pastoral care for same-sex attracted persons, and
An apologetics strategy for sharing God’s truth and grace about human sexuality with an unbelieving world.
The Study Committee recognized that the first topic was key to all else that followed:

What do we believe the Bible teaches us about our condition as fallen human beings? What does it mean to be saved from this state?

How does regeneration affect our experience of fallenness?

So, the Calvinistic theological reasoning (Statements 3-6 and essay #1) goes something like this:

Original sin is a comprehensive (total) depravity and corruption that humans have inherited as a result of the Fall and for which they are held culpable/guilty. This essential corruption remains to some degree even after justification and regeneration. The outworking of this original corruption results in ACTUAL sin, which includes not only evil/immoral behavior but also impulses, feelings, desires and internal temptations, even those that are not agreed to by a conscious act of will (concupiscence). Both original and actual sin must be repented, grieved and hated.

Bottom line: “the experience of same-sex attraction is not morally neutral; (it) is an expression of original or indwelling sin that must be repented of and put to death.” And “these desires within us are not mere weaknesses or inclinations to sin but are themselves idolatrous and sinful.” (Report, page 8, lines 6-8, 20-21)

The second claim was the Committee’s unambiguous answer to Revoice leaders who argued that same-sex attraction is not in-and-of-itself sinful, but rather a sort of “disability” or “handicap.” As already noted, this understanding of the sinfulness of same-sex attraction will shape the Committee’s conclusions on sexual orientation/identity, Christian life from unbelief to sanctification, discipleship and community, pastoral care and apologetics.

Obviously, this theological understanding is quite different from the official stance of The United Methodist Church (UMC). The denomination morally prohibits same-sex behavior, by stating that the “practice of homosexuality” is “incompatible with Christian teaching.” But it doesn’t even mention, let alone condemn, the experience of same-sex attraction.

This policy was initially adopted into our Social Principles at the 1972 General Conference almost by accident. (See here and here.) It was reaffirmed after our first official study (“Committee to Study Homosexuality,” 1989-92) and endorsed yet again in more recent legislation and proposals regarding amicable separation. After almost fifty years of squabbling over sex and marriage, it’s pretty much become “conventional wisdom” in the UMC.

But is this conventional wisdom rooted in Wesleyan thinking? Providentially, yes.

Though it wasn’t originally conceived by Albert Outler or Georgia Harkness or any of the other “heavy hitters” that drafted proposals for our post-merger Social Principles, it nonetheless accurately reflects our Wesleyan heritage. As John Trinklein noted in his dissertation, Wesley’s discussion with his pastors at the 1759 Conference

clarified that there was a difference between sin “properly so-called” and sin “improperly so-called”. In his understanding, only that which is a “voluntary transgression of a known law” is truly a ‘sin’; any “involuntary transgression of a divine law, known or unknown” is “naturally consequent on the ignorance and mistakes inseparable from mortality”—and therefore not a ‘sin’ … Total corruption and the irresistible inclination to sin have indeed been passed on to us, but only our own voluntary (“proper”) sins can damn us. (pages 123-126)

Although humans are not damned for Adam’s transgression, Wesley nonetheless believed that the corruption of original sin left them stained, broken and hopeless – categorically unable to escape their inherited sin nature or do anything good on their own. (See here, here and here.) The hope, for Wesley and his followers, would be found in his manifold understandings of God’s grace.

This will be explored more fully in Part Two of the blog post. For now, here are a few of my personal observations.

Even though I disagree with its Calvinist underpinnings, I think the major strength of the PCA Report is its solid grounding in theology and doctrine. Once it is approved, the denomination will have not only a brilliant tool for teaching, but a firm foundation to fall back on if its traditional sexual ethic is ever challenged in the future. When the UMC decided (even if by default) to deal with sexuality issues from a “social concerns” perspective, it set the stage for almost constant struggle over terms and definitions. How I wish we had begun with something like this PCA document. How I yearn for something like it in the future.

I have not yet studied the entire PCA document, but I hope that their initial finding – that same-sex attraction itself is sinful – will be somewhat mitigated later on. Because, unless it is presented, taught and preached with great compassion and sensitivity, it can be soul crushing to those who struggle against SSA. If it only adds to their already heightened sense of personal shame, they will be less inclined to seek any kind of help from the church. I think we’ll discover in Part Two that the Wesleyan way of grace offers a more hopeful and potentially more transformative approach.