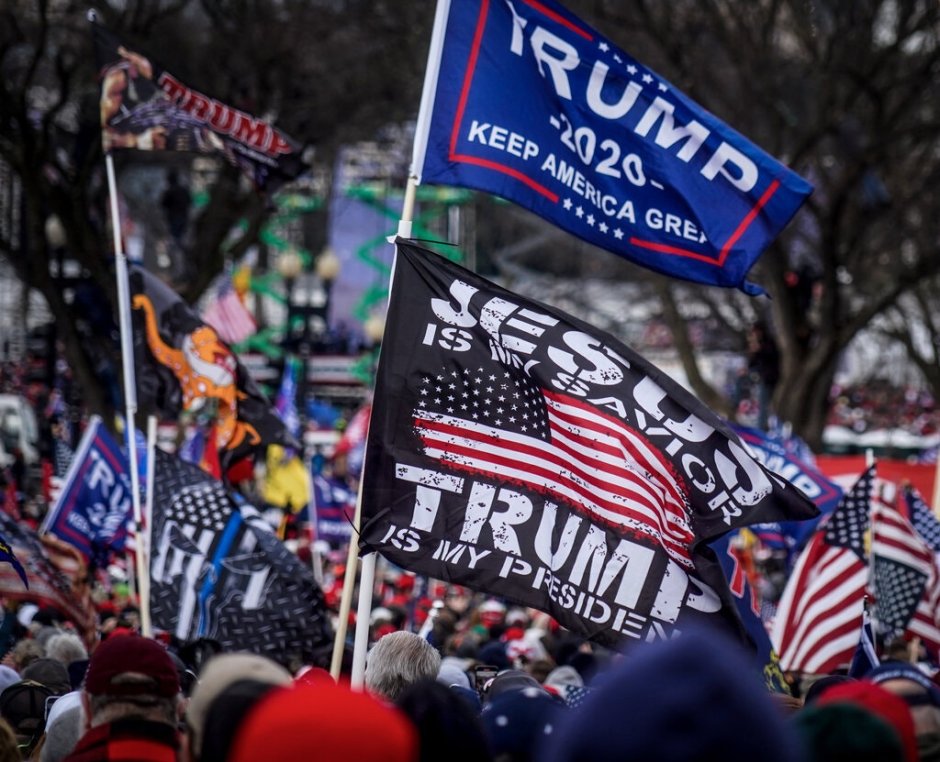 It was striking to see the difference between the initial Christian interpretation of the riot at the Capitol on January 6th.

David French called it a Christian insurrection. He had to be honest.

Michael Gerson specifically identified evangelicals as Trump’s chief supporters in his column about the riot:  “It was their malignant approach to politics that forced our country into its current nightmare. As white nationalists, conspiracy theorists, misogynists, anarchists, criminals and terrorists took hold of the Republican Party, many evangelicals blessed it under the banner ‘Jesus Saves.'”

In a tweet he added: “Trump evangelicals have tightly connected their movement to insurrectionists and domestic terrorists. They have done massive damage to the reputation of Christians in politics.”

Odd to worry more about evangelicals’ reputation than the damage done to the nation’s political system.

John Fea analyzed the prayer of the QAnon Shamon and decided that it used the basic cadences and tropes of evangelical prayers.

You might think then that the New York Times’ story about the protestors so far arrested would indicate the religious background of these people. But they mention evangelicalism zero times.

At least 21 of those charged so far had ties to militant groups and militias, according to court documents and other records. At least 22 said they were current or former members of the military. More than a dozen were clear supporters of the conspiracy theory QAnon. But a majority expressed few organizing principles, outside a fervent belief in the false assertion that President Donald J. Trump had won re-election.

The accused came from at least 39 states, as far away as Hawaii. At least three were state or local officials, and three were police officers. Some were business owners; others were unemployed or made their living as conservative social media personalities. Many made comments alluding to revolution and violence, while others said the protests had been largely peaceful.

A New York Times review of federal cases through the end of January suggests that many of those in the horde were likely disorganized, but some groups and individuals came to the events of Jan. 6 trained and prepared for battle. The early charges set the stage for those to come as the Justice Department promises to prosecute even those accused of misdemeanor trespass and also devotes resources to more serious crimes, like conspiracy and homicide.

This is even more surprising since one of the Times’ original stories about the January 6 events, written by two graduates of Wheaton College, were quick to link the protests to evangelicals:

The fruits of the alliance between far-right groups — Christian and otherwise — were clear on Wednesday, before the rioting began, as thousands of Trump supporters gathered to protest the certification of the presidential election results, with Joseph R. Biden Jr. definitively defeating Mr. Trump, even after attempts to discredit the election. Many in attendance were white evangelicals who felt called to travel hundreds of miles from home to Washington.

All the more reason to raise questions about the way evangelicals regard evangelicals. It doesn’t feel loving.