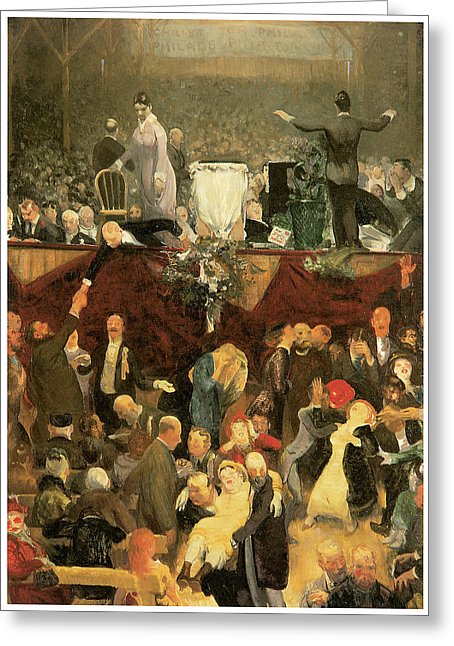 Justin Taylor revives Billy Sunday’s career by collecting comments on what the evangelist sounded like and even a few clips of the preacher himself. Taylor leaves out arguably the most insightful observer of Sunday, H. L. Mencken, whose critique extends as much to evangelicalism as to the baseball-player-turned-evangelist himself:

As for his extraordinary success in drawing crowds and in performing the hollow magic commonly called conversion, it should be easily explicable to anyone who has seen him in action. His impressiveness, to the vegetal mind, lies in two things, the first being the sheer clatter and ferocity of his style and the second being his utter lack of those transparent pretensions to intellectual superiority and other worldliness which mark the average evangelical divine. In other words, he does not preach down at his flock from the heights of an assumed moral superiority — i.e. inexperience of the common sorrows and temptations of the world — but discharges his message as man to man, reaching easily for buttonholes, jogging in the ribs, slapping on the back. The difference here noted is abysmal. Whatever the average man’s respect for the cloth, he cannot rid himself of the feeling that the holy man in the pulpit is, in many important respects, a man unlike himself . . . .; his aura is a sort of psychic monastery; his advice is not that of a practical man, with the scars of combat on him, but that of a dreamer wrapped in aseptic cotton.

Even setting aside [Sunday’s] painstaking avoidance of anything suggesting clerical garb and his indulgence in obviously unclerical gyration on his sacred stump, he comes down so palpably to the level of his audience, both in the matter and the manner of his discourse, that he quickly disarms the old suspicion of the holy clerk and gets the discussion going on the familiar and easy terms of a debate in a barroom. The raciness of his slang is not the whole story by any means; his attitude of mind lies behind it, and is more important. . . . It is marked, above all, by a contemptuous disregard of the theoretical and mystifying; an angry casting aside of what may be called the ecclesiastical mask, an eagerness to reduce all the abstrusities of Christian theology to a few and simple and (to the ingenuous) self-evident propositions, a violent determination to make of religion a practical, an imminent, an everyday concern. 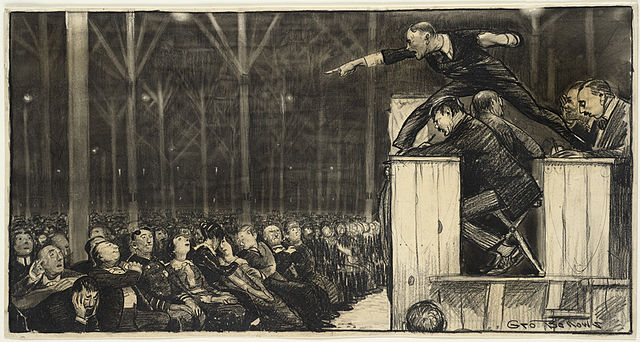 Today at my parish we had a missionary priest from India. I am happy to say that after years of disappointment, it was refreshing to finally here a missionary actually talking about bring people to Jesus. To talk about salvation. It was wonderful. And he wasn’t a traditional order priest or anything; he was just a Novus Ordo diocesan priest. But he preached about the Great Commission. About the necessity of bringing Christ to people. About baptism. About India’s great Christian traditions, both those begun by St. Thomas as well that brought by St. Francis Xavier and the 16th century Jesuits. He offered actual spiritual insights that were relevant.

I remember recently on one of my travels I heard a priest saying how he was preaching on Purgatory at this parish. And afterward a woman came up to him and said, “I never really thought about it, but I think that was the first sermon I heard on Purgatory in thirty years!” I think the same is true with the necessity of bringing the Gospel to pagans. Maybe intellectually Catholics know the Great Commission is out there, but it is so seldom preached about these days.

This is no surprise. Muslims worship the same God. Jews are no longer in need of conversion. Protestants are brethren. Orthodox are not to be expected to return to unity with Rome. Aberrosexuals are not to be made uncomfortable in any way. Pagans are able to find God in their own rituals and mythologies. Given all this, one wonders who is left that actually needs to hear the Gospel. Mafioso and arms dealers, according to Pope Francis; but they are a lost cause because the pope has already said they are going to Hell.

The point is, you can’t mentally affirm one thing but act in a manner contrary to it for forty years. You can’t affirm the Great Commission is still a mandate while acting as if there is no particular class of people who actually need Christ and His Church.

What hath salvation to do with conversion?