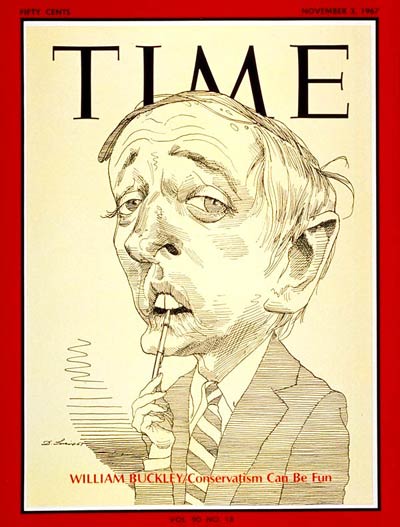 In an influential 1957 essay entitled “Conservatism as an Ideology,” political scientist Samuel P. Huntington listed fundamental elements of the conservative creed, embraced by nearly all of its proponents: society is the organic product of slow historical growth, and existing institutions embody the wisdom of previous generations; man is a creature of instinct and emotion as well as reason, and evil resides in human nature rather than in any particular societal institutions; the community is superior to the individual, and the rights of men derive from civic responsibility; except in an ultimate moral sense, humans are unequal, and society always consists of a variety of classes, orders, and groups; the settled schemes of government based on human experience are always superior to abstract experimentation.

Thus, wrote Huntington, conservatism differs from other ideologies (except radicalism) in that it lacks any “substantive ideal”—a vision of the perfect society. “No political philosopher,” he said, “has ever described a conservative utopia.”

George W. Bush was a utopian. No other word adequately defines his vision of a Middle East culture in which the ancient Bedouin sensibilities are wiped away in favor of Western values and structures. His stated resolve to “rid the world of evil” demonstrated a lack of any conservative sensibility on where evil resides. He certainly didn’t manifest any understanding of society, particularly Middle Eastern society, as the organic product of slow historical growth. And he placed abstract experimentation over human experience in formulating this war policy rationale.

Why do Christians invariably side with Bush over Huntington? Why would they immanentize the eschaton (bring heaven to earth) when they are supposed to believe a perfect social order won’t come until Christ returns. Is it:

a) Christians are invariably Pelagian or Semi-Pelatian

d) all of the above?

Following the apostle Paul or agreeing with Augustine certainly doesn’t require someone to be a conservative as Huntington defines it. But clearly, you have to reject important pieces of Christian orthodoxy to avoid conservatism.

Rush Limbaugh is a big fat idiot, so says one of the U.S. Senators (has Ben Sasse got a book for him). Rush is also sometimes funny, but mainly annoying, grating, predictable, and verbose. Whenever the missus hears Rush (and she’s a captive audience on road trips), she cannot believe how long he takes to say something basically simple.

Rush also over exegetes the stuffings out of most statements, votes, or policy proposals. If it’s from the left, he will find the tell-tale signs of liberal excess. If from the right, he’ll detect all the virtues of liberty and the American way.

The reason for bringing up Rush is that Donald Trump has turned the non-talk radio media into Rush. The latest example comes from reactions to the President’s speech in Poland where he defended the West and its civilization. The speech and its responses are well in the rear view mirror thanks to Donald Jr., but the hyperventilated reaction from the normally mild and decent James Fallows should not be missed.

Robert Merry picked up on the Nazi slur that Fallows attached to Trump’s use of the word, “will”:

…he truly reveals himself in savaging Trump’s suggestion that the West must muster “the will to survive.” Aha! Fallows clearly thinks he has nailed it here. This, he informs us, was a not-too-subtle reference to Leni Reifenstahl’s famous Nazi propaganda film, Triumph of the Will. Fallows speculates that Trump’s speechwriters (including Bannon) certainly knew of Riefenstahl and probably understood “how it would sound, in a Europe that also remembers connotations of national ‘will,’ to have an American president say this.”

Is it really still necessary, some 80 years later, to forswear any use of the word “will” in discussing politics or geopolitics because of this German film? And, if someone uses the term, is that prima facie evidence of fascistic tendencies?

Fallows not only sneered over “will” but also over Trump’s using “blood”:

Trump gave grace-note nods to goals of liberty and free expression. Mainly, though, he spoke not about an expanded us but instead about us and them. He spoke repeatedly about our “heritage,” our “blood,” our “civilization,” our “ancestors” and “families,” our “will” and “way of life.” Every one of these of course has perfectly noble connotations. But combined and in practice, they amount to the way the Japanese nationalists of the early 20th century onward spoke, about the purity of “we Japanese” and the need to stick together as a tribe. They were the way Mussolini spoke, glorifying the Roman heritage—but again in a tribal sense, to elevate 20th century Italians as a group, rather than in John F. Kennedy’s allusion to a system of rules that could include outsiders as civis romanus as well. They are the way French nationalists supporting Marine LePen speak now, and Nigel Farage’s pro-Brexit forces in the U.K., and “alt-right” activists in the United States, and of course the Breitbart empire under presidential counselor Steve Bannon. They rest on basic distinctions between us and them as peoples—that is, as tribes—rather than as the contending ideas and systems that presidents from our first to our 44th had emphasized.

Blood is code for the European right where bloodlines, acreage, throne, and altar are supposed to matter. (This paragraph with its isolation of quoted words from the context of sentences and paragraphs actually reminded me of the specifications of charges against a minister in the OPC we heard at GA, but I digress.) But here is how the president actually used the word blood (and only 4 times):

In the summer of 1944, the Nazi and Soviet armies were preparing for a terrible and bloody battle right here in Warsaw. . . .

They ran across that street, they ran through that street, they ran under that street — all to defend this city. “The far side was several yards away,” recalled one young Polish woman named Greta. That mortality and that life was so important to her. In fact, she said, “The mortally dangerous sector of the street was soaked in the blood. It was the blood of messengers, liaison girls, and couriers.” . . .

Those heroes remind us that the West was saved with the blood of patriots; that each generation must rise up and play their part in its defense — (applause) — and that every foot of ground, and every last inch of civilization, is worth defending with your life.

So in all, President Trump said “bloody” in reference to a battle, quoted a Polish woman who used “blood” to describe a scene, and spoke of the “blood” shed by soldiers who died in combat. That last reference had no explicit link to white people since Caucasians, Africans, Asians, and Hispanics lost their lives fighting in U.S. Armed forces.

Talk about overreach. Talk about the mainstream press sounding like Rush and Sean.

And oh by the way, what was the point of doing away with Western Civ courses back in the 1980s when Jesse Jackson chanted, “Hey Hey Ho Ho (Don Imus anyone?) Western Civ has got to go”? The rationale was all about blood. The old canon had all white men whose blood had stopped circulating. The curriculum needed new blood — women, blacks, Asians. That’s a lot of genetic material going on in the selection of reading assignments. But don’t let that get in the way of likening Donald Trump to a eugenics promoting nativist.

At least, like H. L. Mencken said, what a show.