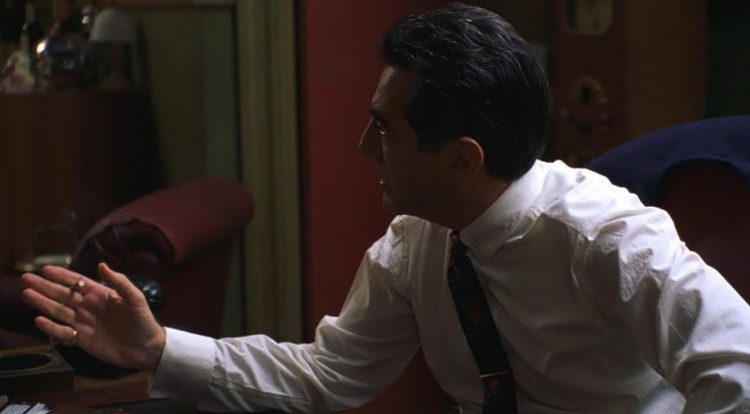 I wonder if the sovereignty of tribal nations is part of the Democratic Party’s platform. I am curious mainly after looking at presidential proclamations about Columbus Day. In his 2015 speech, President Obama mentioned working harder to establish and protect tribal sovereignty. I had no idea that native American reservations function (or at least ideally) directly in relation to the federal government and not with states. The reason has to do with trying to recognize their existence and history before the founding of the United States. They were nations before, so the creation of the United States should not change that.

Imagine though, if you tried to make an analogy between tribal sovereignty and national sovereignty. There might be something in there for pondering the status of migrants. (Wikipedia haters, beware):

In Iron Crow v. Oglala Sioux Tribe, the United States Supreme Court concluded that two Oglala Sioux defendants convicted of adultery under tribal laws, and another challenging a tax from the tribe, were not exempted from the tribal justice system because they had been granted U.S. citizenship. It found that tribes “still possess their inherent sovereignty excepting only when it has been specifically taken from them by treaty or Congressional Act”. This means American Indians do not have exactly the same rights of citizenship as other American citizens. The court cited case law from a pre-1924 case that said, “when Indians are prepared to exercise the privileges and bear the burdens of” sui iuris, i.e. of one’s own right and not under the power of someone else, “the tribal relation may be dissolved and the national guardianship brought to an end, but it rests with Congress to determine when and how this shall be done, and whether the emancipation shall be complete or only partial” (U.S. v. Nice, 1916). The court further determined, based on the earlier Lone Wolf v. Hitchcock case, that “It is thoroughly established that Congress has plenary authority over Indians.” The court held that, “the granting of citizenship in itself did not destroy … jurisdiction of the Indian tribal courts and … there was no intention on the part of Congress to do so.” The adultery conviction and the power of tribal courts were upheld.

Heck, there might even be some relevance for church power and two kingdoms, not to mention a little push back for Representative Robert O’Rourke and his comments about religious institutions’ tax status.

Columbus Day may even provide perspective on what to do with historical monuments. The celebration of Columbus Day started in part out of a response to the lynching of Italian Americans in New Orleans, one year before the 400th anniversary of Columbus’ discovery of America. Can you try to protect people who suffered discrimination by celebrating someone from that group who it turns out inflicted suffering on a minority group? If the historical context for the creation of a monument is important for assessing a statue, doesn’t that give some protection for Columbus statues and the holiday?

Figuring out what to do with Latinos and Hispanics in all this, since it was the Spanish monarchy that underwrote the Italian explorer, is above my paygrade.

One last wrinkle: is it a form of bigotry to think of the mafia when you consider Italian-American identity? It may be, but organized criminals have inspired some of the greatest moving pictures on earth. Don’t forget, though, that other ethnic groups were involved in organized crime.

For Italian vs. Irish mobsters, with a dash of Jewish crime, see Miller’s Crossing.

And for Greek, Polish, and African-American gangsters (and boy were they organized), there is always The Wire.

The missus and I finally polished off Walter White, the high school chemistry teacher turned meth cooker and dealer, the principal character of Breaking Bad. As I have indicated several times, Breaking Bad always left me (and the wife) feeling manipulated. Walt never seemed like a real character with genuine demons. He came across, instead, as a vehicle for writers to fashion for the purpose of extending a story line. Schuyler, his wife, also never seemed credible in her transformation from vapid housewife to gangster spouse. But then, the operation that Walt worked with either to cook, distribute, or make money never seemed credible, as if he could stand up to existing drug cartels and assorted kingpins and live to tell about it. The only likable characters were Saul, the lawyer, who is more cartoonish than real, Mike, the hitman who clearly would have cleaned Walt’s clock any number of times had it not been for the writer’s hi-jinks, and Hank, who seemed competent until he learned that Walt was the object of his long search and turned into a brooding bowl of jello for several episodes.

I am glad the series is over. We stayed with it only to see what the writers would try next.

But to compare this to the Sopranos (which I haven’t seen much) or The Wire defies belief. First, the characters in both of those shows seem plausible and are likable, even with their faults and wickedness. Second, the writers seemed to know something about organized crime and that you don’t simply decide one day to open up a drug operation and keep your life without gangstering up with a lot of protection. Third, in The Wire, as I’ve said, you like almost every character even if they are against each other — from Jimmy to Stringer Bell, from Prop Joe to Avon Barksdale, from Bubbles to Omar. And as the wife said, never has a show had so many African-American characters that you were sad to see go when the series ended (or when they died).

Of late, some commentators have wondered about the problem of binge viewing — the practice of watching numerous episodes over the course of one evening rather than seeing them in real time when they originally air. This may be a problem in the television series genre but I have no idea how anyone will remedy it. What concerns me is the knowledge that viewers have about the number of episodes left in a given season or show. In Homeland’s second season, for instance, several significant plot twists occur in the first two episodes in a way that leaves you wondering how the writers will get through all twelve episodes. The same happened at the beginning of the second part of Breaking Bad’s last season — though the habit of showing the result of a plot line, say Walt arranging his bacon into a 52 and then backing up to show how Walt got there felt contrived (as did too much of the show — have I already said that?). At least in a movie, even if you know how long it is supposed to be, you have a sense that before you is a complete unit that will resolve itself and let you walk away. With a television series, you have too much time to wonder what the writers are scheming and whether they are doing so simply to secure a contract for another season.

Unless, of course, you’re watching The Wire, in which case, you’re only left hoping that David Simon might consider another visit to Baltimore to update the doings of Gus, Bunk, Bubbles, and Marlowe.

That is the question that Ross Douthat uses to respond to Rob Bell’s query about whether Christians must believe that Ghandi is in hell for being Hindu (probably not the best way of putting it since the eternal destiny of any human, aside from Christ, has not been part of Protestant church dogma).

Here is part of Douthat’s reasoning:

Atheists have license to scoff at damnation, but to believe in God and not in hell is ultimately to disbelieve in the reality of human choices. If there’s no possibility of saying no to paradise then none of our no’s have any real meaning either. They’re like home runs or strikeouts in a children’s game where nobody’s keeping score.

In this sense, a doctrine of universal salvation turns out to be as deterministic as the more strident forms of scientific materialism. Instead of making us prisoners of our glands and genes, it makes us prisoners of God himself. We can check out any time we want, but we can never really leave.

The doctrine of hell, by contrast, assumes that our choices are real, and, indeed, that we are the choices that we make. The miser can become his greed, the murderer can lose himself inside his violence, and their freedom to turn and be forgiven is inseparable from their freedom not to do so.

As Anthony Esolen writes, in the introduction to his translation of Dante’s “Inferno,” the idea of hell is crucial to Western humanism. It’s a way of asserting that “things have meaning” — that earthly life is more than just a series of unimportant events, and that “the use of one man’s free will, at one moment, can mean life or death … salvation or damnation.”

If there’s a modern-day analogue to the “Inferno,” a work of art that illustrates the humanist case for hell, it’s David Chase’s “The Sopranos.” The HBO hit is a portrait of damnation freely chosen: Chase made audiences love Tony Soprano, and then made us watch as the mob boss traveled so deep into iniquity — refusing every opportunity to turn back — that it was hard to imagine him ever coming out. “The Sopranos” never suggested that Tony was beyond forgiveness. But, by the end, it suggested that he was beyond ever genuinely asking for it.

The entire piece is worth reading not only for its explicit point but also to show that as supposedly debased and secular as American society is, it still permits arguments like Douthat’s – at the New York Times no less. Way to go, Ross. Way to go, light of nature.