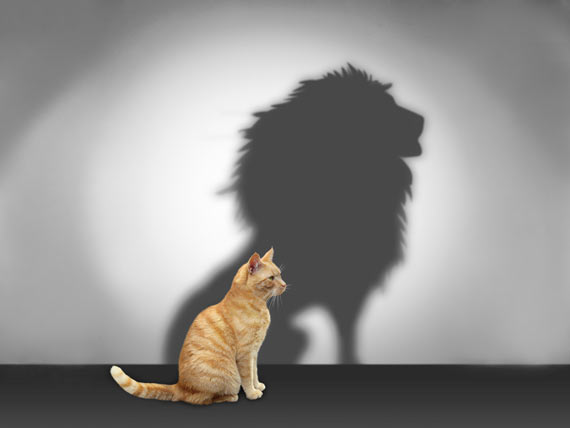 In fact, Müller claimed, there’s an explicit division of labor at work between his office and Francis, hatched from the very start three years ago. (Remember that Müller, 68, took office under Pope Benedict XVI in 2012.)

“At the beginning of his pontificate, we spoke with Pope Francis, observing that during the previous pontificates the press accused the Church of talking only about sexuality, of abortion and these problems,” Müller said.

“For this reason, we decided, with Francis, to always, always, always speak in a positive way. If you look at the complete texts of Pope Francis, there’s gender ideology, abortion … yes, these problems are still there, but we concentrate on the positive.”

That’s not a matter of “revolution,” Müller said, insisting that Francis “is in line with his predecessors.”

“His originality,” he said, “is his charisma, thanks to which he succeeds in overcoming people’s blocks and their hardened positions.”

Look beyond the internet to find the positive:

The Internet, Rosica said, “can be an international weapon of mass destruction, crossing time zones, borders and space.” He also described it as “an immense battleground that needs many field hospitals set up to bind wounds and reconcile warring parties.”

The good news, according to Rosica, is that in the broader media universe, Pope Francis has had exactly that effect.

“Prior to Pope Francis, when many people on the street were asked: ‘What is the Catholic Church all about? What does the pope stand for?’ The response would often be, ‘Catholics, well they are against abortion, gay marriage and birth control’,” Rosica said.

“They are known for the sex abuse crisis that has terribly marred and weakened their moral authority and credibility,’” he said.

It’s a new (and positive) day:

The cultural warrior Catholicism that favored political confrontation to personal engagement and partisan fighting to authentic dialogue has given away to a Catholicism that is willing to engage, encounter, and befriend anyone.

Positivity has its limits, however:

The pope complained of “rich people who exploit others,” saying they offer contracts only from September to June, and then the employees have to “eat air” from July to August.

“Those who do that are true bloodsuckers, and they live by spilling the blood of the people who they make slaves of labor,” Francis said, according to a summary of the homily provided by Vatican Radio.

At least Americans are not bloodsuckers:

At one stage, Pentin asked Fellay about the pope’s repeated denunciations of “doctors of the law” and “fundamentalists,” wondering if Fellay takes those jibes as directed at his society or traditionalists generally. In response, Fellay said he’s asked around Rome what the pope means by that language.

“The answer I got most was ‘conservative Americans!’” Fellay, who’s Swiss, laughingly told Pentin. “So really, frankly, I don’t know.”

One might suspect Fellay was deflecting, except for this: He’s absolutely, one hundred percent right about what one typically hears in Rome on the subject of who leaves this pope cold.

By now, it’s clear that one defining feature both of Francis’ personality and his approach to governance – which shouldn’t be at all surprising, when you think about it – is a distinct ambivalence about the United States and about Americans.

Still, are Americans responsible for income inequality in the Vatican:

A cardinal based in Rome, for example, gets a “cardinal’s check” of $5,600 a month, plus benefits that include access to a tax-free electronic store, supermarket, clothing shop and pharmacy, up to 475 gallons of gas a year and cigarettes at discounted prices, benefits that are applicable to all Vatican employees.

A lay person, however, gets a salary that corresponds with Italian law.

The net result is that the average Vatican employee makes around $22,000 a year, tax free.

That may seem shockingly low by American standards, but for those already in the system it’s at least a secure source of employment: Odds are, the Vatican is never going out of business.

Under the Vatican’s labor law, it’s also virtually impossible to get fired. One veteran Vatican official said that some years ago, a pontifical commission tried to fire a lay woman who, after taking the usual 9 months of maternity leave, managed to get paid for an extra ten by navigating the system.

After four years of trying to get rid of her, superiors at the commission simply gave up.