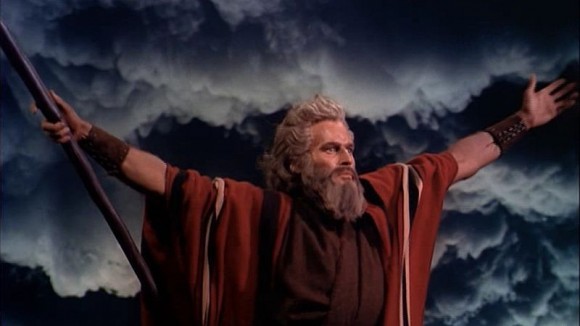 For political conservatives, the answer is “sort of” since movement conservatives since the 1950s have generally understood themselves as classical liberals — in favor of markets, representative government, and constitutional separation of powers (including church and state). Modern political liberalism (i.e. New Deal) saw problems of economic inequality, the nature of large-scale war, and foreign diplomacy that classical liberalism could not answer beyond standing up and yelling “stop.” So modern liberals tried to update classical liberalism and ever since we have the leading wedge dividing red and blue states.

But when it comes to theology, how do conservatives fare? Richard Weaver is the fellow who will ever be associated with the conservative conviction, “ideas have consequences,” a phrase that the University of Chicago Press applied to Weaver’s 1948 book which in turn became a classic for intellectual or traditionalist conservatives (which overlaps with movement conservatism at least in the figure of William F. Buckley, Jr. and his circle). According to a recent post, Weaver was a believer in the ancient virtue of “piety”:

… the Christian ideal and Plato­nism produced in Weaver’s conservatism the final key concept of piety, which Weaver described as “one of the oldest and deepest human attitudes.” “I would define piety,” he wrote, “as an attitude of rever­ence or acceptance toward some overruling order or some deeply founded institution which the mere individual is not to tamper with.” Or to put the proposition somewhat differently: “Piety comes to us as a warning voice that we must think as mortals, that it is not for us either to know all or to con­trol all. It is a recognition of our own limitations and a cheerful acceptance of the contingency of nature, which gives us the protective virtue of humility.”

The source of his piety (other than Plato) was the fall (a version of it):

As Weaver explained, “The recovery [of a sense of piety] has brought a satisfaction which cannot be matched, as far as my ex­perience goes, by anything that liberalism and scientism have to offer.” Weaver con­tended there was a “structure of reality” called creation. Man was not the Creator; he was not self-produced. Man is the crea­ture; therefore, he is limited in his poten­tial. Confronted with choices between evil and good, man frequently chooses evil with its accompanying anguish, and this condi­tion is compounded by that ever-present matter of tragedy. In view of these impos­ing realities, would not wisdom and prudence dictate that man ought to be modest, restrained, and humble—in a word, pious? Should he not stand in reverence and awe before this miracle called life?

To compare this sense of limitation and reverence and awe for finite existence to the Shorter Catechism may be unfair. But why wouldn’t the question of this human tragedy lead to a sense of despair, like the string of questions that explain the significance of human sinfulness:

Q. 17. Into what estate did the fall bring mankind?
A. The fall brought mankind into an estate of sin and misery.

Q. 19. What is the misery of that estate whereinto man fell?
A. All mankind by their fall lost communion with God, are under his wrath and curse, and so made liable to all miseries in this life, to death itself, and to the pains of hell forever.

Not to be misunderstood. Any conservative or Christian it seems to (all about) me should welcome a recognition by another human being that we are not gods, that we can’t control the world, and that it is a conceit of monumental calamity to think that humans have any power to remedy or redeem our circumstances. But for conservatives to call this awareness “piety” is to invite all sorts of confusion about the real piety that looks at sin as abhorrent and hopes for a miraculous intervention to save sinners by the only true God.

If conservatives want to be the true friends of religion who mock secularists for dismissing faith, they will need to own religion. It can’t simply be a wave of the hand at “higher things” or faith-based humanism. It needs to be the real deal. And that could well involve choosing between Plato and Moses, between Richard Weaver and Fulton Sheen, or between Whitaker Chambers and Cornelius Van Til.

10 thoughts on “Is Conservatism Liberal?”