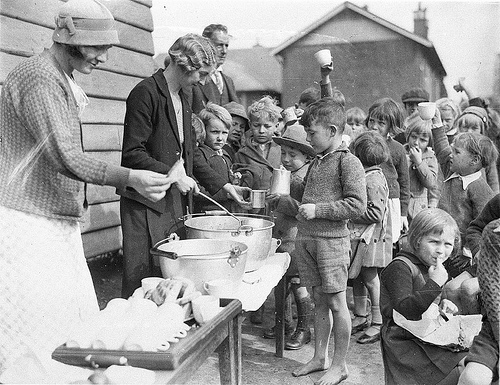 In contrast to Trump’s strong law-and-order message, Hillary sought to split the difference between cops and Black Lives Matter. Blacks and Latinos are the victims of “systemic racism.” In a country where affirmative action, or in Nathan Glazer’s acute phrase “affirmative discrimination,” often governs hiring and college admissions, this is one of the more bizarre leftist codewords to adopt. But Hillary is now on record as believing in it. Yet she also spoke words of compassion to the cop who fears for his life, doing his “dangerous and necessary” job. The now widely pervasive anti-cop rhetoric and respect for police officers are fundamentally unreconcilable; Hillary’s acknowledgement of the fears of a cop saying goodbye to his wife and kids before going to work was an attempt to reconcile it, and a political necessity. She must hope dearly that the Black Lives Matter part of the Democratic coalition is not perceived as contributing to more urban violence in the weeks before November.

Ideas with stomachs have consequences. Get to the grocery store soon. Bread and milk may be gone.

2 thoughts on “The World Just Got Bigger by A Third”