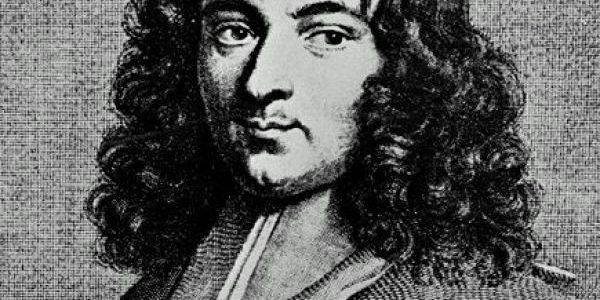 The Anabaptists may have seen the problems with Constantinianism, but they weren’t fans of religious tolerance the way Pierre Bayle was:

Bayle’s passion for religious liberty reflected his circumstances. Unlike better-known champions of tolerance such as Voltaire or John Locke, he had first-hand experience of persecution. He was the son of a poor Calvinist pastor in a small French town near the Spanish border. Protestants such as the Bayles were a harassed minority in France, where roughly 95 per cent of the population was Catholic.

Thousands of Bayle’s co-religionists had been massacred in the late 16th century, and even though Protestants won some freedoms at the end of the French wars of religion in 1598, their position worsened during Bayle’s lifetime. He fled to the Netherlands in 1681, when he was in his early thirties. A few years later, one of his brothers was arrested and died in a French prison. If he had converted to Catholicism, he would have been released. Bayle never got over his brother’s death.

Bayle had the misfortune to be not only a heretic in Catholic eyes, but also an apostate, for which the punishments were still worse. In his youth, he had briefly been convinced by the intellectual case for Catholicism and had converted. After about a year and a half as a Catholic, however, he decided that he had been mistaken and switched back. He followed his conscience, and this became the linchpin of his case against persecution. Why would God have given us a conscience if He did not mean us to use it?

Even if an alleged heretic, such as Bayle, was in error and was worshipping the wrong God, or worshipping Him in the wrong way, might this not be an honest mistake? He used a well-known example of mistaken identity to make his point. The wife of the peasant Martin Guerre sincerely believed an impostor to be her long-lost husband. When the real Martin Guerre returned to his village, the impostor confessed and was executed for adultery and fraud. But Guerre’s wife went unpunished, because her error had been made in good faith. Bayle reasoned that “heretics” should be treated in the same way. If they had searched diligently for the truth and acted conscientiously, they were guilty of no sin. Nobody should punish them or try to compel them to act against their honest beliefs.

Do we need religion to prop up morality? Bayle didn’t think so (and he hadn’t even listened to Angelo Cataldi):

Nor was Bayle much troubled by the notion of atheism, either, which is perhaps the most modern thing about him. Locke maintained that unbelief cannot be tolerated, because it is bound to lead to the moral collapse of any society foolish enough to allow it. Voltaire thought the same. Bayle seems to have been the first person in the Christian world to deny this conventional opinion. Morality, he reasoned, can exist perfectly well without religion.

When an exceptionally bright comet was spotted by a German astronomer in late 1680, it caused a panic. Comets had presaged countless disasters, from the fall of Carthage to the Norman invasion of Britain, or so it was widely believed. Hundreds of alarmist pamphlets were published across Europe and in North America, announcing that the new comet was a dire warning from God to repent immediately.

Bayle set out to show that it would be against God’s nature to use celestial phenomena to send messages to mankind. With typical thoroughness, he offered eight main arguments for this conclusion, supported them with several hundred texts, ancient, medieval and modern, and made sideswipes at dozens of other superstitions along the way.

The argument of which he was most proud was original, effective and simple. It was that any such divine warnings would be bound to backfire and achieve the opposite of what God supposedly intended.

It was easy to show from scripture that God abhorred the worship of false gods. ­According to the prophets, idolatry seemed to rile Him even more than murder, theft or adultery. Yet most people on the planet are not Christians. As Bayle put it, the majority of human beings “remain idolators or have become Mohammedans”. So, if God put awe-inspiring warnings in the sky, most people would just embrace their false religions even more fervently. Why would He send harbingers of doom that could only “reanimate false and sacrilegious devotion almost everywhere on Earth” and “increase the number of pilgrims to Mecca”?

Bayle didn’t try to play God (which should be obvious to Reformed Protestants):

Why is there so much wickedness and suffering in the world? Bayle went through the standard theological answers to this question and knocked down each one, often with a vivid analogy. Is God absolved of man’s evil by His gift of free will – which makes everything man’s fault? No, Bayle answered: that would be like giving a knife to a man when you know he will use it to commit murder. The gift does not absolve the giver. Did God permit man to rebel so that He could send Jesus as a redeemer? That, Bayle replied, would make God “like a father who allows his children to break their legs so that he can show everyone his great skill in mending their broken bones”.

The real answer, he insisted, is that we cannot comprehend why God allows evil. A true Christian must simply accept that He does.

I can’t vouch for Bayle’s personal devotion, but he may be one of those many bridges between Protestantism and Enlightenment.

9 thoughts on “The Patron Saint of Calvinist 2k?”