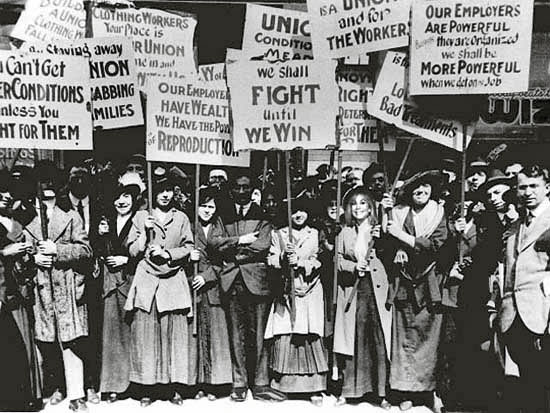 Tim Challies shows the classic confusion of redemption and providence by calling everything grace:

It is God’s grace that you can be industrious instead of idle. Flavel says, “Sin brought in sweat, but now not to sweat increases sin. He that lives idly cannot live honestly.” The Bible’s warnings about laziness and idleness are many and stern. So when God puts you into a vocation that is legal and moral, he has done you a great benefit. He has given you the blessing of allowing you to earn your own living. Your hard work allows you to avoid the temptations of idleness and to care for your own needs rather than having to rely upon others. Further, through God’s provision to you, you have enough to provide for those who cannot provide for themselves. It is, after all, more blessed to give than to receive.

But what if I am not as industrious as H. L. Mencken or Woody Allen who seemingly have not lived in a state of grace?

It is God’s grace that you have a job that is lawful before God and men and especially suited to you. There are many people who are employed in jobs that are sinful or even illegal. “They do not only sin in their employments, but their very employments are sinful.” To have a job that dishonors neither God nor men is no small mercy. To have a job suited to your passions and skills is a double mercy. Then, if your job allows you to provide for yourself and others without working you to the bone, without consuming all of your waking hours, you have more reasons still to thank God for what he has given you.

My skills as a historian, such as they are, did not come through the means of grace or conversion. I studied and learned from lots of non-redeemed historians.

It is God’s grace that he has directed you into the kind of job that neither you nor your parents may ever have expected. You may well be involved in a job that your parents did not plan for you to do, and perhaps one that even you did not plan to do. Just like a compass needle turns this way and that before settling on true north, so “a child is designed for this, then for that, but at last settles in that way of employment to which Providence designed him.” Many of us can attest that “Not what we or our parents, but what God designed shall take place.” This is certainly the case with me and I owe God great thanks and praise for his kindness and his wisdom in giving me a passion for writing and then allowing me to do it.

I say it’s providence but it’s also the accident of growing up at a time when college education became wildly available and when graduate schools were opening their doors wide. That kind of economic development is not grace. It is providence.

Let’s not forget civil magistrates and police many of whom are not living in a state of grace. Their non-sanctified labors maintain my security and property.

It is God’s grace that your vocation is sufficient for you. Some people have work, but not enough strength to complete it. Some have strength, but no work to commit it to. Some have both strength and work but even then not sufficient to provide for themselves or others. If God blesses your labors to give you enough or even more than enough to meet your needs, you ought to give him praise and thanks.

If I am content with my vocation — some days — that is partly a function of sanctification. But I know lots of non-believers who seem to have as much job satisfaction as I do.

Tim either needs to get out more or needs to read more on providence (preferably without Petra blaring in the background).