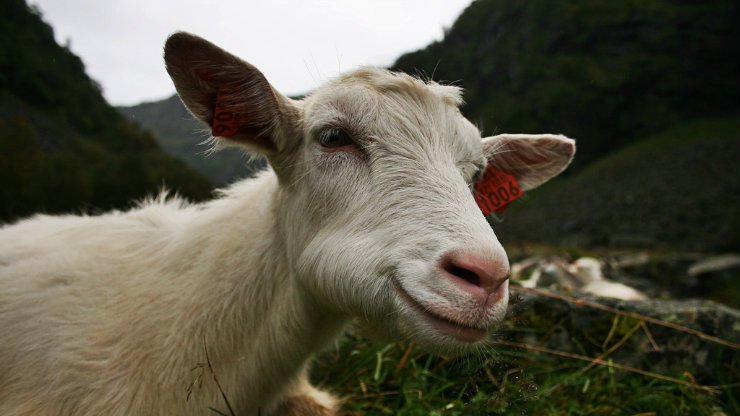 Alan Noble raised the bar pretty high — as high as church membership mind you — when he explained why evangelicals should be never Trump:

In response to these profound violations of human decency, he scoffs, changes the subject, denies he even said it, or doubles down. As he has said, he does not ask God for forgiveness, because he doesn’t believe he needs it.

That insight into Trump’s perception of his own soul should tell evangelicals all they need to know about him as a leader. Any man who is so unaware of his own depravity that he cannot recognize his need for forgiveness is incapable of justly leading any country. There simply is no way around this fact for evangelicals.

Has anyone asked Hillary Clinton of her need for forgiveness? At least, Noble should give equal time to both candidates. He might also want to consider the constitutional qualifications for holding the office of POTUS. No religious tests. So does Noble understand how much he sounds like a Jerry Falwell (Sr.)?

At least Roman Catholics are less driven by piety than by policy. Here are the items to worry about in a Clinton presidency (via her appointments to SCOTUS):

Religious Liberty: In the highly-publicized case of Burwell v. Hobby Lobby, the Supreme Court ruled that closely held for-profit companies like Hobby Lobby could be exempt from laws that violate its religious beliefs, in this case Obamacare’s contraception mandate. This was an enormous win for religious liberty, but it was only decided by a slim 5-4 margin. With a liberal majority, you can expect the Court to rule against companies like Hobby Lobby or non-profits like Little Sisters of the Poor. Religious corporations and organizations around the country would be forced to chose between violating their consciences or paying penalties that would likely put them out of business. If liberals have their way, say goodbye to many religious retailers, charities, bookstores, hospitals, medical centers, and so on.

Transgender Bathrooms: Thirteen states are currently suing the Obama administration over its directive to public schools mandating that transgender students be able to use the bathrooms and locker rooms of their choice without having to prove their gender identity. Perhaps no issue more directly impacts the lives of our children than this. A liberal Supreme Court will undoubtedly uphold the Obama administration’s rule and force states to comply. The consequences will be catastrophic. Don’t be so naive as to think boys won’t abuse these policies and force their way into female bathrooms and locker rooms. Parents and teachers won’t be able to stop them. And aside from sexual misconduct and assault, this policy could mean the end of men’s and women’s competitive athletics as we know it.

Second Amendment: Without a doubt, the Second Amendment would become a primary target of a liberal Supreme Court. In recent years, two landmark decisions protecting an individual’s right to own and bear arms – Heller v. District of Columbia and McDonald v. City of Chicago – were each decided by just one vote. (Are you noticing the 5-4 trend yet?) Given the opportunity, a liberal Court wouldn’t hesitate to overturn those decisions. We got a glimpse of this in June, when the notoriously liberal Ninth Circuit Court of Appeals ruled that the Second Amendment does not permit the public to carry concealed firearms. A liberal Supreme Court would certainly uphold this ruling and continue to hack away at the rest of the Second Amendment.

Abortion: It was an activist, liberal Supreme Court in 1973 that decided Roe v. Wade and legalized abortion. A liberal Supreme Court in 2017 will only reinforce and protect that decision. It will likely strike down majority-supported, common sense abortion laws that have been passed in the states, like late term and partial birth abortion restrictions and pain-capable legislation. Just this June, the Supreme Court invalidated the Texas law requiring basic health standards for abortion facilities, a law passed to prevent another Kermit Gosnell house of horrors from occurring.

But the best perspective on Trump and Clinton may come from those without a faith-based dog in the hunt:

But Trump is a monster! Yes, but given the right circumstance, so are you. His ugliness is simply more apparent than that of other managers of the state’s sacred violence. Let’s be frank here: though his speech is scarily vulgar, the violence he promises is already occurring.

Think his call to deport illegally undocumented workers is fascist? The Obama administration, garbed as it is with the shimmering rhetoric of victimhood, has already deported over 2,500,000 human beings—23 percent more than Bush.

How about his pledge to torture suspected terrorists? Clinton-Bush-Obama beat him to it. They just don’t talk about it like he does. And let’s not limit it to foreigners; Obama didn’t bat an eye as elderly tax protester Irwin Schiff died of cancer chained to a prison bed far away from his family for breaking the sacred taboo against being too stingy in sharing his resources with the collective.

How about the time Trump promised to target terrorists’ families? Obama, the great defender of Islam, already trumped that when he murdered people like U.S. citizen Anwar al-Awlaki’s 16-year-old son Abdulrahman, who hadn’t seen his father for two years. This teen and his friends were blown apart by the Nobel prize winner while having a campfire dinner, apparently for the sinful dreams of his father.

In today’s Christ-haunted West, we no longer have complete unanimity in our identification of common enemies, but we still seek it in the sub-factions we continually form. Yet Donald Trump’s faction is not going to prevail in any lasting way: his sacred dogma is built on “Winners.” His brand is a throwback to Nietzsche, who was himself a kind of throwback to a still older “golden age,” a time when pagan religion celebrated history’s winners, who were deemed right because of their might.

Trump even viscerally looks the part of the old scapegoat kings who would be ceremonially paraded before being sacrificed: he is often mocked for having small hands and goofy orange hair; he eats profane food like McDonald’s; he loves gaudy decoration in an age of “shabby chic”; he calls himself a winner in a culture where people must offer faux humility to gain status. Trump, who has repeatedly said that were he not her father he would be dating his daughter, is even accused of breaking the age-old taboo against incestual lust.

In the ancient cultic world of our past pagan order, hierarchies of kings, priests, and elites often killed or excluded the odd, weak, infirm, disabled, ethnic minority, or child based on the cultural fact that they were intrinsically inferior and thus deserving of a worse lot in life. But since the crucifixion meme began dominating the West, our modern cultures are increasingly self-critical and haunted by victims. Jesus robbed us of our blindness to the unjust order of “might makes right,” but he didn’t create an alternative ideology to deny us choice. We still have to choose, to a person, to model forgiveness and nonviolence as we seek to heal the victims most vulnerable to exploitation. But we’re stubborn in doing this work, and so we try to create cathartic peace and order through scapegoating—this time in the name of victims.

11 thoughts on “Forgiving a Scapegoat?”