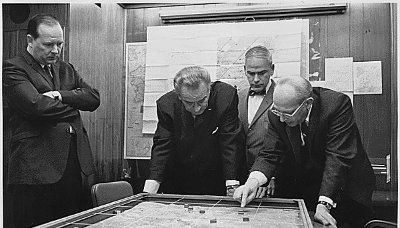 The game has several names: “Corporate statism” is one. In Europe, they call it “dirigisme.” Those two other words for it — “Nazism” and “fascism” — are now beyond all respectability. It means, roughly, combining the power of the state with the power of corporations. At its mildest, it is intrusive regulations on business about parental leave and such. At its most toxic, it is concentration camps. In the 1930s, a few Americans (including a few liberals) bought into it. Pearl Harbor ended that argument. Even for Trump, “fascism” itself now is a dirty word, not just a policy choice. Even Trump would not use it — least of all about himself.

Did Kinsley worry about combining the power of the state with the power and prestige (we’re the smartest people in the world) of universities? It’s not as if nothing could go wrong (beware the negatives):

Indeed, illiberal progressive elitism has only become more pervasive as the gap between the “educated and the ignorant” has widened.

With the rise of think tanks, research universities, and advocacy foundations and nonprofits—the vast, interlocking, insulated complex we’ve constructed to formulate, advocate, and execute public policy—we have only reinforced the barrier between the everyday voter and governance. In order to understand, much less engage in, today’s abstract, detached, and data-saturated discourse of public policy, participants require ever more specialized academic expertise. If a problem can’t be expressed in a statistical formula—with the obliteration of nuance, detail, and local variability this entails—then the problem simply doesn’t exist.

What we now call the “rise of the meritocracy” may have begun well over a century ago. But as it accelerates today, its costs are becoming more apparent. The meritocrats sort themselves out not only socially, but geographically as well, into coastal and university enclaves. There, in a contemporary bow to positive eugenics, they engage in assortative mating. Their children then follow the sheltered path from university day school to Princeton to a career in social entrepreneurship, convinced that they can “change the world,” as the slogan goes, without ever touching down in that vast swath of cultural desolation unhappily separating Nassau Hall from Palo Alto. The distance between the “educated and ignorant” grows ever larger, both literally and figuratively.

You could also call this “corporate statism” since the biggest and smartest universities in the U.S. are corporations whose assets tax collectors cannot touch.

4 thoughts on “It’s Fascist When You Exclude the Universities?”