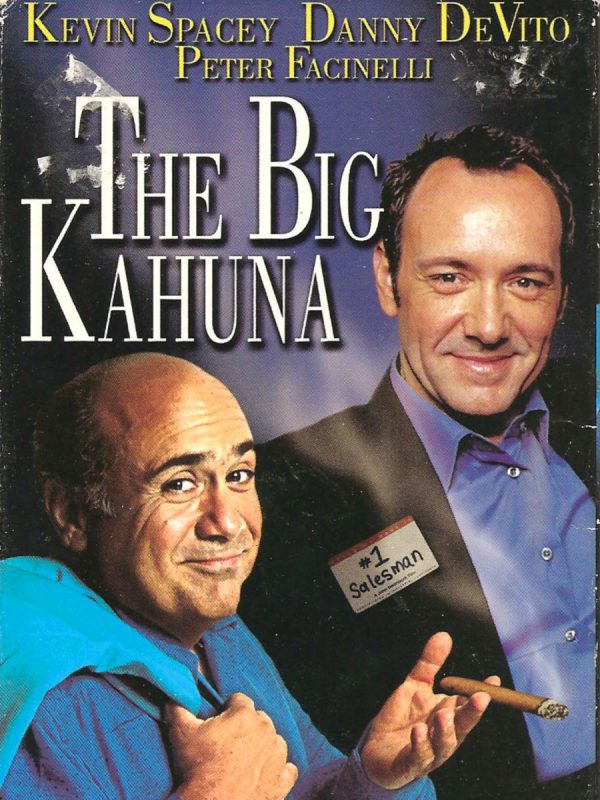 Despite what we now know about the actor, I remain a big fan of The Big Kahuna, a movie I even recommended as one of Hollywood’s better renderings of evangelicalism. (Trigger warning: language is vulgar in places.) Spacey starred in and produced the movie. Am I in danger of my publisher removing all copies of That Old-Time Religion in Modern America because of the way the book opens?

The Big Kahuna may not have been a box office hit, but the 1999 movie starring Kevin Spacey and Danny DeVito offered a surprisingly candid glimpse of the way many Americans have come to regard the subject of this book, twentieth-century evangelicalism in the United States. The film features three men who work for a firm that produces industrial lubricants and are assigned to host a cocktail party at a hotel in Wichita, Kansas, during a convention for industry-related vendors and producers. Two of the characters are from the sales division, experienced salesmen for whom the task of pitching the company’s product has nurtured a degree of cynicism and weariness. The third is a young, bright and somewhat naive evangelical Protestant who works in the research division. Their chief task on this particular evening is to make contact with the owner of Indiana’s largest manufacturing company, the “big Kahuna,” whose contract could salvage the salesmen’s declining careers.

Of course, Kevin Spacey is not the only one vulnerable. But we have no better sign of how Harry Emerson Fosdick lost and fundamentalists won than the way that mainstream institutions are employing standards that would have made my fundamentalist Baptist congregation think they were living in a Christian nation. Back then, as I have remarked before, I was under the impression that anyone I should esteem as a hero should also be a Christian. And with that logic, I turned my favorite athlete, Richie Allen, 3rd-baseman for the Phillies (and rookie of the year in 1964), into a born-again Christian, only to be crushed when a television camera showed him smoking a cigarette during a game.

Has our culture really come to that, the moral calculus of an eight-year-old dispsenationalist Baptist?

Of course, Peter Leithart tries to put a better spin on it:

But is private morality so easily distinguished from public ethics? Can we trust someone who lies, bullies, and manipulates to cover up the embarrassment of private sin? Doesn’t such a person prove himself a liar? Hasn’t he proven that he lacks the basic public virtue of justice?

Leithart is writing with politicians in mind, but the same point applies to artistic expressions? Should I sit with an author, director, or musician for anywhere between 30 minutes and two weeks who may be performing acts in private that would prove distasteful in public?

But here’s the other side that few of the new morality police seem to consider: why are good works whether performed in private or public any sort of guarantee of admirable character? If good works are filthy rags, if people do good works for noble and ignoble reasons, and if someone is unregenerate, how trustworthy are they (especially by our current Wesleyan standards)? According to the Confession of Faith:

Works done by unregenerate men, although for the matter of them they may be things which God commands; and of good use both to themselves and others: yet, because they proceed not from an heart purified by faith; nor are done in a right manner, according to the Word; nor to a right end, the glory of God, they are therefore sinful, and cannot please God, or make a man meet to receive grace from God: and yet, their neglect of them is more sinful and displeasing unto God. (16.7)

I get it that sexual abuse is bad. But let’s not fool ourselves about any actor or politician. The doctrine of total depravity teaches that behind that image of virtue and decency lurks a heart that is desperately wicked. Who can know it? Agents, spouses, interns, anyone who sees the public figure off camera.