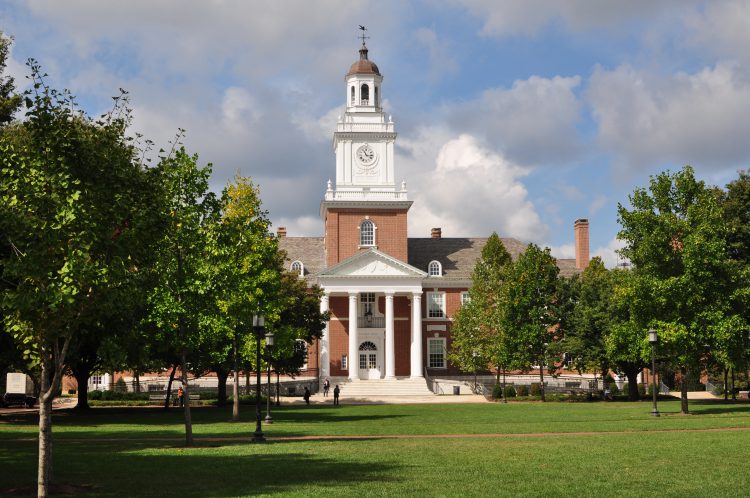 Maybe not ever. Marrying the missus has to be at the top since deciding to trust Jesus was not really my decision. But my conversation yesterday with Tom Woods about Machen was one of those rare moments when you see directly the consequences of a choice made longer ago than you care to admit. The closest I could come most easily to that decision was to resurrect the preface to my dissertation (“‘DOCTOR FUNDAMENTALIS’: AN INTELLECTUAL BIOGRAPHY OF J. GRESHAM MACHEN, 1881-1937,” Johns Hopkins University, 1988):

The central argument of this study is that Machen’s involvement in the fundamentalist controversy, his eventual expulsion from the Presbyterian Church, and his founding of Westminster Seminary and the Orthodox Presbyterian Church were logical outcomes of his biblical scholarship and critique of religious liberalism. In fact, when understood in the light of his theological convictions, Machen’s behavior appears thoroughly reasonable.

This reading of Machen stems in part from my concerns as an intellectual historian. One of my presuppositions is that ideas, both religious and secular, operate with some autonomy from social and cultural settings. More importantly, I assume that religious thought cannot be reduced to or interpreted narrowly by social experience. These suppositions imply that Machen’s studies and beliefs were causal factors in his career and explain his behavior as well as, if not better than, his personality. I have not pursued psychological interpretations, then, because Machen’s ideas seem to offer an adequate explanation. Having said this, however, I must still admit that this approach stacks the deck in Machen’s favor since he also insisted throughout the fundamentalist controversy that differences stemmed from intellectual, not personal or administrative factors.

Because many recent studies have stressed the intellectual dimension of fundamentalism, I should also explain why I think mine is different. By emphasizing Machen’s Calvinistic outlook, this dissertation breaks with previous interpretations which explain fundamentalism largely by reference to such epistemological considerations as the persistence of Scottish Common Sense Realism among conservative Protestants. As helpful as these studies have been, I believe they overdramatize the philosophical differences between Protestants and overlook the significance of doctrine to the fundamentalist controversy. Yet, rather than stressing the theological convictions that united conservative Protestants, I have focused on one fairly specific rationale for opposition to modernism, namely, Machen’s Old School Presbyterian heritage, not Princeton Seminary’s defense of biblical inerrancy. Without considering Machen’s confessional concerns, students of twentieth-century evangelicalism cannot understand properly Princeton Seminary’s relationship to fundamentalism.

Still, my personal beliefs have informed this study, perhaps even more than I imagine. To be sure, my upbringing in a fundamentalist home as well as my education at Westminster Seminary account for many of my sympathies. Nonetheless, my interest in Machen is still relatively fresh because ironically I learned little about him at Westminster. A survey course in American religious history at Harvard Divinity School, which required the reading of Machen’s Christianity and Liberalism, generated my initial interest and led to a greater appreciation of Old Princeton Theology and Machen’s efforts to preserve it.

Nevertheless, I have tried to account for my own biases and present as correct an understanding of Machen as possible. To do so I have relied on my dissertation advisor, Professor Timothy L. Smith, whose knowledge and perspective on American religion challenged me to keep in mind the diversity of evangelicalism. Furthermore, his careful editing often cleaned up wooden prose and improved this dissertation considerably. Professors John Higham and Ronald A. Walters also deserve credit for their helpful criticisms throughout my studies. I must also thank Professors Mark A. Noll, George M. Marsden, and Richard B. Gaffin, who read earlier drafts and made helpful suggestions, and Professor William R. Hutchison, who first introduced me to Machen and offered advice at a preliminary stage. I am especially indebted to the librarians and staff members of the Montgomery Library at Westminster Seminary, particularly John R. Muether, Grace Mullen, and Jane Patete, who guided me through the Machen Archives, allowed me liberal use of the library’s holdings, and answered many questions. Jeff Charles and David Harrington-Watt have been good friends throughout my time in graduate school, offering as much aid through informal chats and rounds of golf as through their comments on various chapters.

Above all I must acknowledge my wife’s contribution. Her patience and support would have been more than sufficient. But her genuine interest in American history as well as her willingness to edit, proofread, and criticize my research and writing have been a tremendous encouragement. My debt to her is emphasized by the dissertation’s dedication.

13 thoughts on “The Best Decision I ever Made”