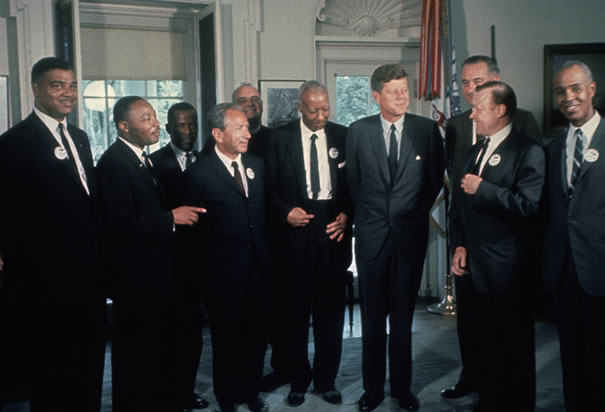 Matt Tuininga observes how convenient 2k is for someone who wants to distance their politics from their faith:

Recent evidence indicates that two kingdoms theology explains why some Christians, such as Christian Right pastor Robert Jeffress, support Donald Trump and the Republican Party. As David R. Brockman warns in the Texas Observer, Jeffress “has deployed Two Kingdoms thinking repeatedly since the presidential election” to justify his support for Donald Trump. If you believe Christianity requires that Christians support the Democratic party, that should be deeply concerning.

But wait. Recent evidence also indicates that two kingdoms theology explains why some Christians, such as Andrew White, candidate for governor of Texas, are Democrats. As Larry Ball warns in the Aquila Report, White’s approach “is deduced from what is called two-kingdom theology.” If you believe Christianity requires that Christians support the Republican party, that should be deeply concerning.

Tuininga’s solution is to let the church be the church:

It’s time for the church to be the church. If you are sick and tired of the politicization of the church – if you are eager to see the church faithfully witness to the kingdom and its righteousness as it applies to every area of life, without compromise to any political party – then two kingdoms theology is for you.

Wouldn’t the same point apply to Martin Luther King, Jr.? Why can’t King simply be a pastor who preached the gospel or a political activist who worked with political officials to overturn unconstitutional arrangements? Why turn him into the model of Christian activism? Is Tuininga willing to take on the recent depictions of King that blur 2K?

According to Gary Dorien:

Any reading that minimizes King’s upbringing or graduate education misconstrues him, which is what happens when scholars fail to credit the black social gospel tradition he embraced. King was nurtured in the piety and idioms of an urban, middle-class, black Baptist family and congregation. He absorbed the evangelical piety and social concerns preached by his father. He got a more intellectual version of both things when he studied at Morehouse College, where Mays influenced him, and then at Crozer Seminary in Pennsylvania, where the prominent Baptist preacher and writer J. Pius Barbour was his pastor. At Crozer and Boston University, King adopted a socialist version of social gospel theology and a personalist version of post-Kantian idealistic philosophy, and he acquired a conflicted attraction to Gandhian nonviolence. Throughout his movement career King was committed to democratic socialism, personalist theological liberalism, and Gandhian nonviolence. He fashioned these perspectives into the most compelling public theology of the twentieth century, mobilizing religious and political communities that had almost no history of working together.

Imagine pointing out Jerry Falwell’s (senior) theological pedigree and not objecting to the sectarian or illiberal nature of his political activism.

King was a great civil rights leader because he was both a great American and a genuine Christian prophet, not the other way round. A prophet does not simply point to some future of his or her own imagining. A prophet calls a people to return to their truest selves in order that they may return to a righteous path.

King did not tell the American people to stop being American. He told them to be true to the ideals that they claimed had shaped our national founding. His message was subversive of the ways those ideals had been betrayed, not of the ideals themselves. King evidenced none of the hatred of America that has marred the politics of the left since his death.

When Robert Jeffress makes such claims about Donald Trump most people object, but is it because Jeffress confuses the kingdoms or because he backed an immoral public figure?

My concern, however, is to encourage evangelicals to wrestle with King’s determination to allow the Gospel to shape Christians’ civic and political engagement. To be sure, we must take care not to conflate the two. King himself did often conflate the kingdom of Christ and temporal politics in his rhetoric, I believe, as did the broader trajectory of mainline clerical activism that took its inspiration from him in following decades. We cannot use political means to establish the kingdom of God, nor should we confuse the liberation that comes through Christ with the justice that can be accomplished through politics.

That means that baptizing King’s politics as manifestations of the kingdom of God is just as flawed as baptizing Donald Trump’s person or policies.