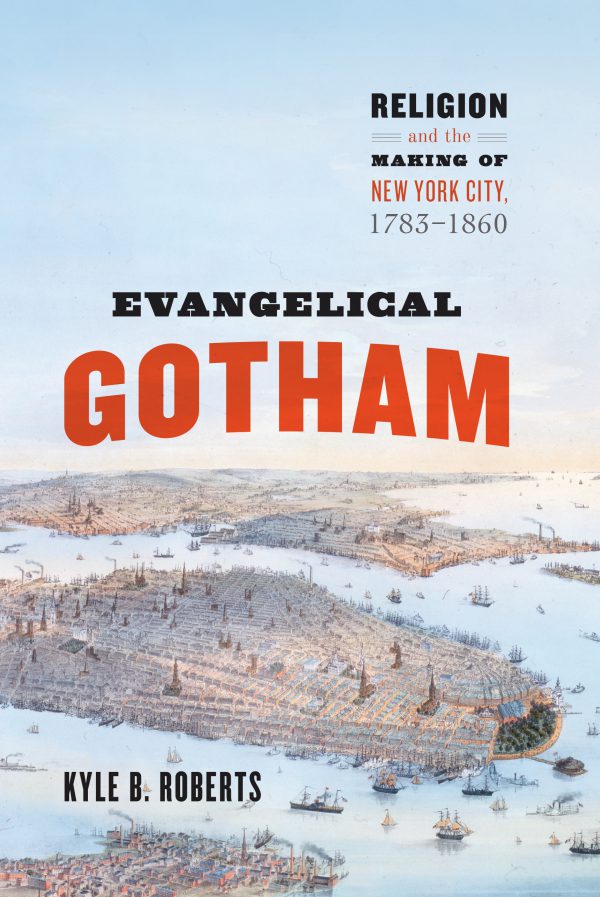 Evangelical New Yorkers did nothing less than make the city between the American Revolution and the Civil War. Their systematic strategy of aggressively building in new opening neighborhoods put them on the forward edge of urban development. . . . Asylums, bethels, book concerns, missions, and orphanages supported by lay voluntary associations and denominations expanded that presence. In time, immigrant Roman Catholics and Jews proved more formidable opponents than High Church Protestant Episcopalians, but a community is more than its churches and societies; it is, fundamentally, it’s people. Fifteen percent of the city’s adult population identified as evangelical and joined a city church by the middle of the nineteenth century. That might not sound like much, but it was five times what it had been at the close of the American Revolution. Given the high bar evangelical churches set by making conversion a criteria for membership, the number of spouses, children, cousins, and neighbors still hopefully waiting for conversion was undoutedly much higher.

This massive emotional, financial, and spiritual investment in the city came at a cost. The principles at the core of evangelical belief and practice–individual conversion and community-focused social activism–exist in continual tension. They provided the rational for aggressive interventions in the city, hope to the hopeless, friends for the friendless, and homes for the homeless, but just as easily supplied an excuse for withdrawal, into meeting-houses, parlors, and even their own spiritual selves at moments when their presences was most needed. . . . every worshiper at the John Street church had to decide for her or himself whether to join the exodus of middle-class Protestants up the island or to stay put, even as nearly every other evangelical meeting-house shuttered. These choices were not limited to the antebellum period; Evangelical Gotham always had been and always would be a profoundly ambivalent place. (255-56)