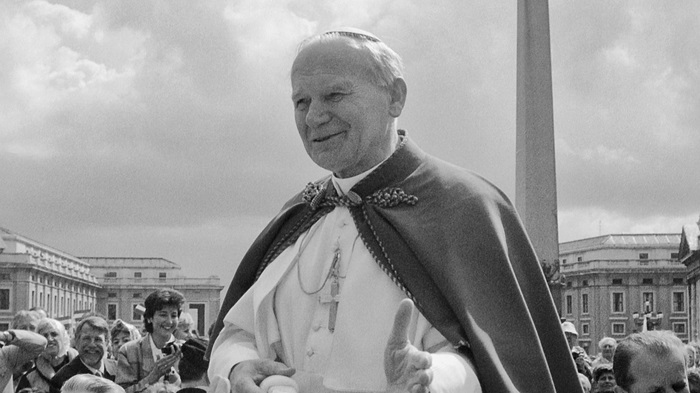 While Bryan and the Jasons are still mulling over the merits of conversion, others are wondering about the state of affairs in the Roman Catholic hierarchy. Jonathan V. Last, at the Weekly Standard, lays out the problems of leaning hard on papal audacity (notice that the link is now dead and the article at Called to Communion has been removed):

The Catholic church is unlike any other earthly institution. It is strictly hierarchical, with its ultimate power derived from the son of God. The head of the church—the successor of Peter—is elected to a lifetime appointment by his peers, and his authority over them is total. He can allow them to carry on sexual affairs in broad daylight, as Francis did with Father Krzysztof Charamsa, a priest who worked for years in the Vatican curia while living openly with his gay lover. Or he can drive them from the church, as Francis did with Father Charamsa after the priest made his situation public in the Italian media in 2015. He can make either of these choices—or any choice in between—for any reason he likes. Or none at all. Such is the supreme power of the vicar of Christ.

Yet the pope’s immediate subordinates—the cardinals and bishops—function like feudal lords in their own right. The bishop can preach in contravention of the teachings of the church, as Cardinal Walter Kasper does on the subject of marriage and infidelity. He can forbid the offering of both species of the Eucharist, as Bishop Michael Burbidge does in Northern Virginia. He can punish and reward priests under his care either because of merit or caprice—because the deacons and priests all swear a vow of obedience to the bishop (or cardinal) himself.

All of which is the long way of saying that there is no mechanism for a man such as Donald Wuerl to be dealt with by his peers. The bishop of Madison can fulminate against Wuerl all he wants to, as Bishop Robert Morlino did in late August. His fellow bishops have no power over him. The only man Wuerl is accountable to is the pope. And the structure of the church has no remedy when a pope is foolish or wicked.

In the weeks after the Viganò letter was published, Francis preached a homily in which he declared, “with people lacking good will, with people who only seek scandal, who seek only division, who seek only destruction” the best response is “silence” and “prayer.” If this sounds like Francis believes the real villains in this mess are Archbishop Viganò and people who want to know what the bishops knew, and when they knew it, well, yes.

In another homily on September 11, Francis went further, saying that not only was Viganò the real villain, but the bishops were the real victims: They were being persecuted by the devil: “In these times, it seems like the Great Accuser has been unchained and is attacking bishops,” Francis preached. And Satan “tries to uncover the sins, so they are visible in order to scandalize the people.” (The Father of Lies—as he is referred to in the Bible—has not traditionally been regarded as the revealer of sins in Catholic thought, but this pope has never been known for having a supple mind.) Francis then offered counsel for his poor, suffering brother bishops: “The Great Accuser, as he himself says to God in the first chapter of the Book of Job, ‘roams the earth looking for someone to accuse.’ A bishop’s strength against the Great Accuser is prayer.”

Roman Catholicism lives and dies with the pope, the cardinals, and the bishops. If Roman Catholics want to claim that their faith represents the truth, the Gospel, Jesus, or the Mass, they don’t have any of those Christian goods without the mediation of the hierarchy.

That is why this is a crisis on the order of 1517. And what did we learn last year during the 500th anniversary of the Reformation? Did anyone notice that the reformers reformed church government so that the ministry of word and sacrament was no longer under control of the Vatican?

Last thinks schism is possible. Only in 2018 are people beginning to understand (only implicitly) what was at stake in 1517.

One thought on “Audacity Gives, Audacity Takes Away”