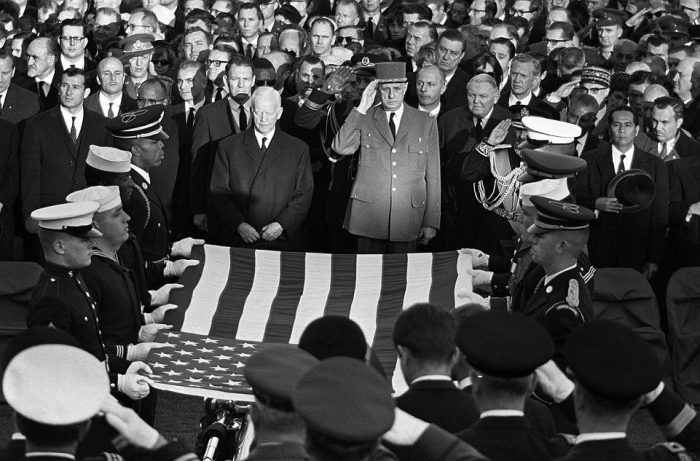 Can anyone point to an example of a society that went with the Protestant side of the Reformation producing a fascist government? Donald Trump does not count because the U.S. has yet to adopt a fascist government (that is, if you don’t read the paleo-conservatives on Abraham Lincoln).

This is not meant to tar Rome with the fascist brush (mainly), but it is to ponder what Michael Walzer wrote about liberalism and the “art of separation.” Peter Meilaender summarized it this way (from a golden oldie):

The “separation of civil society and political community creates the sphere of economic competition and free enterprise, the market in commodities, labor, and capital” (Walzer 1984, 316). It is true, of course, that “market freedom entails certain risks for consumers,” but, as Walzer points out, “so does religious freedom” (Walzer 1984, 316). Similarly, the “abolition of dynastic government separates family and state” and in this way creates the possibility for people to pursue careers according to their talents, opening up the “sphere of office and then the freedom to compete for bureaucratic and professional place, to lay claim to a vocation, apply for an appointment, develop a specialty, and so on” (Walzer 1984, 316-17). Finally, Walzer writes, the same process, by separating “public and private life” (Walzer 1984, 317), enables new forms of domestic intimacy that are profoundly important to most of us. In the privacy of our homes we become free to pursue “a very wide range of interests and activities…: reading books, talking politics, keeping a journal, teaching what we know to our children, cultivating (or, for that matter, neglecting) our gardens” (Walzer 1984, 317). Raising our own chickens, we might add, or not raising them! “Our homes are our castles, and there we are free from official surveillance” (Walzer 1984, 317).

The virtue of Walzer’s analysis is to correct the one-sided portrayal of modernity as a story of decay, fragmentation, and alienation, the loss of a pre-modern, pre-liberal Eden. The story of modernity is also one of increasing richness and diversity, of freedom and pluralism, of a world in which, to borrow a line from C. S. Lewis, “Everything is getting more itself and more different from everything else all the time” (Lewis 2003, 281). Lewis was not describing the spheres of society—family, work, church, state, and so on—but his point is analogous to Walzer’s. As he writes in the preface to The Great Divorce, “life is not like a river but like a tree. It does not move towards unity but away from it and the creatures grow further apart as they increase in perfection” (Lewis 2001, viii). A new, richer, and redeemed form of community will one day arise—can arise—only as the outcome of that increasing process of differentiation.

Indeed, Christians are especially well placed to understand the characteristic forms of modernity not simply as examples of fragmentation and loss but rather of differentiation and enrichment, as a process in which the various spheres of society gradually become more and more themselves and less and less something else.

In contrast to differentiation and separation, Roman Catholics — perhaps thanks to the neo-medievalism that lurks in all nostalgia for Christendom — prefer integration, hence the current appeal of integralism. David Frum picked up on this in his poignant piece about D-Day. At the end of the war:

France did enter Germany as a victor. French armies, supplied by the United States, subordinate to U.S. command, were stood up in 1944–45. France was allotted an occupation zone in Germany and awarded a permanent seat on the UN Security Council. (Italy was not even invited to join the United Nations until 1955.) Allied officialdom agreed to believe de Gaulle’s story that the France that fought Nazi Germany was the only real France.

But everyone understood the story was not true. The French military defeat in 1940 had torn apart social wounds dating back decades and longer. Conservative and Catholic France reinterpreted the battles of 1940 as a debacle only of the liberal and secular France that had held the upper hand since the founding of the Third Republic in 1871 and especially since the Dreyfus affair that began in 1894. When the reactionary French writer Charles Maurras was sentenced to life imprisonment for collaboration, he supposedly replied, “It’s the revenge of Dreyfus.”

Most French business leaders and civil servants collaborated out of opportunism or necessity. The Germans held hundreds of thousands of captured French soldiers as hostages for years after 1940. But more than a few leading French people, including many intellectuals and churchmen, collaborated out of a species of conviction. A French cardinal led the recruitment of French volunteers to fight alongside the Germans in Russia in 1941. “How can I, in a moment so decisive, refuse to approve the common noble enterprise directed by Germany, dedicated to liberate Russia from the bonds that have held it for the last twenty-five years, suffocating its old human and Christian traditions, to free France, Europe, and the world from the most pernicious and most sanguinary monster that mankind has ever known, to raise the peoples above their narrow interests, and to establish among them a holy fraternity revived from the time of the Christian Middle Ages?” Cardinal Alfred Baudrillart wrote, in his endorsement of the Anti-Bolshevik Legion.

Frum then notices the anti-liberalism that lurked in those French who wanted a return to throne and altar (some differentiation but not the Anglo-American separation of powers):

The loss of the war against Germany enabled such people to launch a much more congenial culture war at home, to purge France of “liberty, equality, and fraternity,” the slogan of 1789, and establish in its place “work, family, fatherland,” the slogan of Vichy. Since 1905, France had been defined as a secular state. The Catholic Church had been reduced to one sect among others: Protestant, Jewish, even Muslim. (In 1920, the French government had subsidized the building of a grand mosque in thanks for the First World War service of Muslim troops. The great military cemetery near Verdun has a special section for Muslim soldiers, their graves angled away from the others in order to face Mecca.)

Vichy put an end to all that. The defeat of France by Germany was ideologically reinterpreted as a victory of “deep France” over a shallow liberal metropolitan veneer. Subjugation was reinterpreted by Vichy ideologues as redemption. Enmity was shifted from the occupying Germans to the liberal commercial “Anglo-Saxons.” Vichy propagandists produced cartoons in which Mickey Mouse, Donald Duck, and Popeye were depicted dropping bombs on France at the behest of Jewish masters.

The point is not that DeGaulle but that the Roman Catholic urge for order and unity often manifests itself in a certain kind of anti-liberalism.

And so integralism returns (and don’t forget the appeal of integration to those neo-Calvinists who bang the gong hard for the Lordship of Christ over every square inch without thinking very hard about sphere sovereignty.